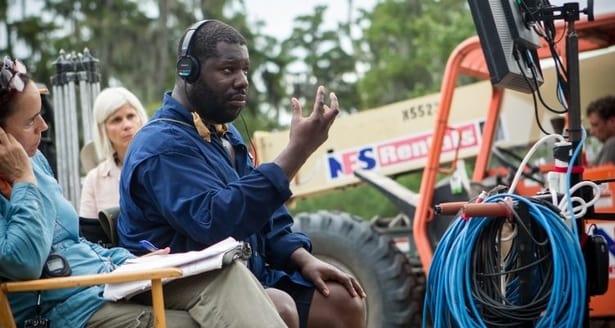 Steve McQueen is an acclaimed British Director and a Turner prize-winning artist, most famously known for directing the Oscar-winning 12 Years a Slave (2013). Steve McQueen quotes, particularly from his spoken interviews where the passion for his craft is most apparent, are sure to inspire any keen writer and filmmaker.

McQueen’s first major breakthrough was his 2008 feature film Hunger, based on the 1981 Irish hunger strike. It won him a number of awards and propelled him into the industry. Prior to that first feature film, he was a well-known Turner Prize-winning artist.

McQueen’s work is constantly re-evaluating cinematic conventions and tackling topics that others wouldn’t dare to. His 2011 film Shame, a psychological drama about a man struggling with sex addiction, won plaudits for its bold and uncompromising take on the subject matter.

McQueen had a turbulent school experience, diagnosed with dyslexia and having to wear an eye patch for a lazy eye, he was told he was best suited for manual labour, plumbing and building.

Luckily for us all, McQueen didn’t pursue such a career, instead finding his calling as an artist. He attended art school in London and started to make a name for himself in the 1990s as a compelling and boundary-pushing artist.

His films themselves are notable for their distinct artistry, shots often feeling like they belong in a gallery as opposed to just a cinema screen. Since 12 Years a Slave, McQueen has veered in many different directions, from directing heist thriller Widows to the TV mini-series Small Axe.

With so much experience under his belt and such a distinctiveness to his work, we’ve complied 15 Steve McQueen Quotes to inspire writers and filmmakers.

1.“I like to start a sentence and let it take me, let it flow, so it can go anywhere. That’s how I think things are in life, where we don’t have a script. So I don’t do storyboards. The characters and narrative dictate how I film a scene.”

2. In regards to his film, Shame… “It’s all about the research. If the research hadn’t gone anywhere, the movie wouldn’t have been made. The research took us to certain places, and that was fascinating.”

3. “I always think: When is the breaking point? Sometimes you’ve got to go beyond the breaking point, and then you catch it. When is long enough? It’s one of those things you have to look at, walk away, and go home and find out what it is.”

4. “For me, craft is so important in terms of storytelling. How you tell the story is how you keep bums on seats, it’s how you keep people stimulated and excited.”

Steve McQueen Quotes on… How Film and Art are Connected.

5. “Film is like a painting. You can step back from the canvas and you can look at it. Sometimes you can be the painter and the viewer too. Just because I made it doesn’t mean I can’t step back from it and look it too.”

8. “I’m the kind of person who likes to create the environment and mindset – from catering to makeup to hair to wardrobe, electricians, camera department lighting, sound, you know, it’s our movie; we’re together, and we have that camaraderie and that closeness.”

9. “You have to give over to your first instincts, sometimes the things that don’t feel right are spot on. Sometimes I’d do ten or twelve takes and it would always be the first idea I’d had that worked the best.”

10. “For me, the idea of holding shots is about real time. The audience can engage with something at that present moment, so you can obliterate the frame and you’re present then and there.”

Steve McQueen Quotes on… How He Likes to Work.

11. “My first ever movie set I came on was my own, I’d never been on another film set before and that was deliberate because I didn’t want to learn other people’s habits. I wanted to come on set and find it out for myself.”

12. “I’m only interested in the work. So all this chat, all this, you know, selling your soul, that’s of no interest. To me, it’s all about the work. It’s the only thing one can do.”

13. “It’s one thing having, for instance, nice images on your studio wall that influence you when you’re just beginning as an artist or filmmaker, but when you go about getting into a situation where you begin to make work yourself, it’s a different kettle of fish altogether. It’s all about doing it—the physicality of making films. What you see at the end is never the same as the situation of how it was done, yet that process is very important. It’s all about making a lot of mistakes and being brave.”

Steve McQueen on… His influences.

14. “My influences come from real life. I’m not interested in cinema for cinema’s sake. I’m interested in life – what one does and how one interacts.”

Steve McQueen on… Why Film is So Important.

15. “Film is important. It can be more than reportage or a novel. It creates images people have never seen before, never imagined they’d see, maybe because they needed someone else to imagine them.”

Enjoyed our list of Steve McQueen quotes? Why not have a look at our other quotes articles, such as Phoebe Waller-Bridge and Christopher Nolan.

This article was written by Isabelle Collingridge and edited by IS Staff.