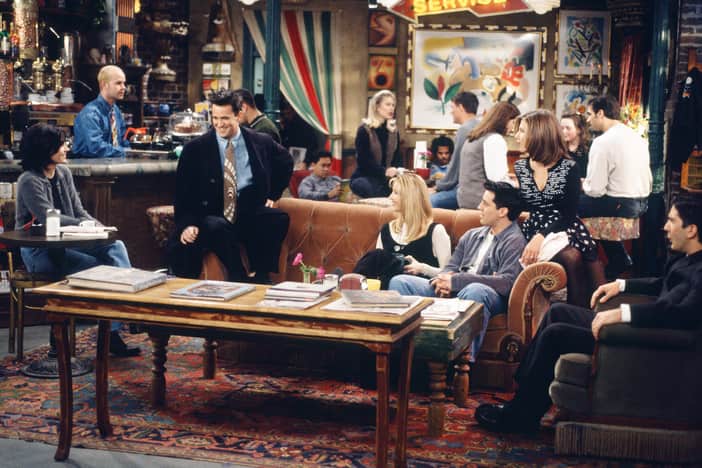 Since coming to the fore in the 1960s, the multi-camera situational comedy, or sitcom, has proven itself a genre that has been able to continually reinvent itself, and find relevancy with each new generation of TV audience.

But while it has proven it can stand through decades of change, it has also managed to maintain the conventions that make audiences instantly comfortable, as they recognize the format so well. This includes both specific content prerequisites, as well as script formatting.

The last few decades have been full of incredibly successful multi-camera sitcoms. They have made an impact on audiences worldwide and won multiple awards (and riches) for their casts and writers.

Some of these shows include:

There have also been a variety of successful shows for kids and teens that have utilized the multi-camera style such as:

In this article, we will cover both Script Format as well as Content Needs for a multi-camera script.

The multi-camera sitcom is a comedy series that is filmed on a specially constructed set, usually with a live studio audience. It usually utilizes four cameras (two that shoot wide shots, and two that shoot close-up shots).

This is the general act structure for comedy sitcoms (especially for multi-cam sitcoms).

The cold open and the tag are the first scene and last scene, respectively. Either of these scenes often will center around a gag. But specifically for the cold open, this scene will often just set the mood or the conflict for the rest of the episode.

Both the cold open and the tag are obviously each one scene, but the other acts can include 2-5 scenes. There can be two or three acts per episode, but that still means there can be up to 17 scenes per episode. Yes, most likely your characters will actually be going back to the same common setting (like Monica’s apartment or the Central Perk coffee shop in Friends) but remember that the crew must reset for each scene.

Although you only have 22 minutes, you should always have a main plot, along with two subplots.

For example, think of the Friends episode ‘The One with the Mugging‘.

2. Lead Characters Should Be a Part of One Group

When you create your lead characters for a multi-cam sitcom, in the tradition of sitcoms, you usually want to focus on a particular subgroup of society. This will explain the tight sense of community found between the characters. And the supporting characters should then call attention to how somewhat separate from society this group of individuals are.

Look at below examples to get an idea of what we’re talking about.

3. Characters Should Stress Over a Ridiculous Problem

A key to the hilarity of sitcoms is in the name itself. It is a situational comedy.

The plot will almost always revolve around a ridiculous problem (at least what would seem ridiculous to anyone in the real world) but the characters will take the issue very ‘seriously’. They will fail to see the obvious solution, but rather find themselves in a convoluted situation trying to resolve the conflict.

This is most easily summarized as the following steps:

4. Limit the Locations and Focus on Main Locations

One of the defining aspects of the multi-camera sitcom, perhaps even more so than any other genre of television, is that the characters will mostly remain in and always return to 3-4 scene settings.

This makes it easier during production given that each set needs to literally be put together using an existing disassembled set (ie if the characters go to a new restaurant, a friends apartment, etc.)

And although the main locations will most likely stay up for the season and/or run of the show, they can technically be taken apart and reassembled if needed.

A common element of multi-camera sitcoms is the laugh track (ie either the live recorded audience laughter or the pre-recorded laughter added during the editing process). For either type, these tracks will be edited down or added to depending on how long the director or producer wants the laughter to go on for.

Laugh tracks came about in the early days of sitcoms, and television in general, when they were trying to get audiences used to live theatre to migrate to television. To add to the communal feeling, they added laughter.

Yes, in recent years, shows like The Office and Parks and Recreation have caused the laugh track to become almost extinct, but note, those are both single-cam shows. If your show is multi-cam, as of now, it will most likely still use laugh tracks. You should consider this as a writer, as it will take additional time, and there may be certain moments that you may specifically want to cue laughter.

What you must understand about the multi-camera sitcom script format is that it is a hybrid. It takes the basic screenplay format and adds elements of the stage play format (because multi-cam sitcoms are almost set up like a stage show).

But what needs to be made clear is that although there is a specific format for multi-camera shows, you DO NOT always need to employ this format if you are writing a spec script. As it is such a niche format, often even experienced television writers will not follow all these rules, and actually may incorporate the more familiar conventions used in the normal screenplay format.

But nonetheless, you should be aware of the particularities that set apart multi-cam scripts from others (so read on!)

Unlike the normal screenplay format, all scene descriptions in multi-cam format should be capitalized. While in the normal screenplay format, a scene heading would be capitalized, in multi-cam, you will not be switching between different settings in one scene, so the scenes are usually just numerically labeled (Scene 1, Scene 2, etc) per each act of the episode.

Although many will still include a formal scene heading, often multi-camera sitcoms will use scene descriptions to specify where the characters are located.

Characters first appearance in the scene description (all capitalized) should be underlined. Often, they will also list all of the characters in that specific scene just below the scene heading, within parentheses.

In normal screenplay format, you would not underline the movements made by characters, but in multi-cam format, you will want to underline all of these. For the movements, it will be very evident when and how a character enters and leaves a room, and there will be a reason if they move across the small space.

A final element is that all dialogue will be double-spaced. This is important because this will make the 22-25 minute episode add up to nearly 50 pages. Notice with the example below from The Big Bang Theory, Leonard’s lines would have taken about half the space on the page of a regularly formatted screenplay, but instead, take up a good portion of the page.

Let’s compare that to the first page of the pilot episode of Modern Family (which was a single-camera sitcom.)

What is a Multi-Camera Script?

The general act structure for sitcoms is Cold Open – Act One- Act Two – Act Three – Tag. This structure is important to follow in a multi-camera script. Furthermore, characters should be a part of one group (a workplace, a friendship group, a family) and focused around a main location or a handful of main locations (house, workplace, cafe, bar). These characters will typically stress over an absurd problem.

This article was written by Katherine Sanderson and edited by IS Staff.

2 thoughts on “Multi-Camera Scripts: How Do They Differ From Other Scripts in Content and Style?”