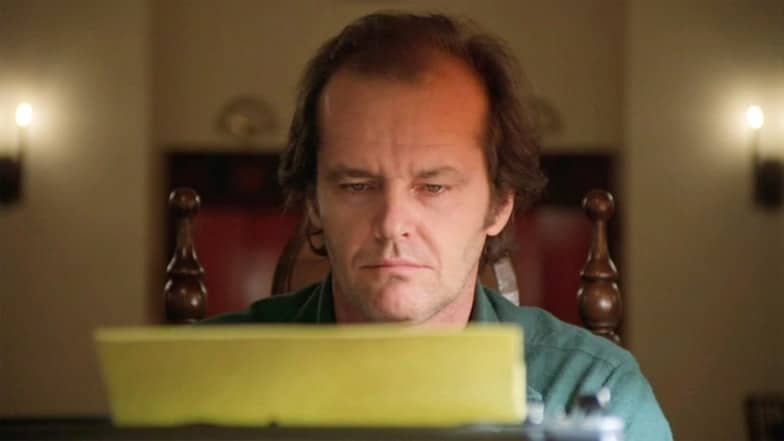 Like it or lump it, the role of the industry script reader is becoming increasingly important in film and TV.

With the volume of scripts increasing year-on-year, the challenge for those in power becomes one of filtration – everybody wants great writers and everyone wants hits, right?

But hardly anyone has the resources or manpower to fully “cover” (script coverage = read and get a report written) the amount of material they’d like to.

A usually sophisticated and hardy soul, the truly outstanding script reader is so few and far between that the great ones barely have time to congratulate themselves on getting that first reading gig for Warner Bros. before they’re buried in a giant tidal wave of PDFs.

It’s rare, however, for readers to move on that quickly.

Script Reader Jobs: Where Do I Start?

Starting a career as a script reader may seem daunting. You may be asking yourself:

There is no clear-cut answer. However, there are a couple of things you can do to kickstart this process which we have gone into detail below.

As we explain in our “Effective Script Reading” course, there are essentially 3 tiers of job in this sector, and although the hierarchy isn’t absolutely set-in-stone, it’s tough to bounce straight from Stage 1 or even Stage Zero, to Stage 3. These tiers are:

When you are starting out as a script reader, your goal is to arm yourself with collateral, so that when companies ask you “who do you read for?”, you have concrete, credible answers for them.

This does not mean: “I read for Naughty Badger Films” or “I read for Low-Rent-Gangster-Flics-R-Us”.

You do this by reading for free for respected companies and individuals, who in turn connect you to the bigger players, or help you enhance your resume.

Look carefully at the company you’re approaching, and try and gauge their level of their relationships –

Only read scripts for reputable companies – there are a great many companies looking to exploit new readers, and although you might gain some experience working and providing script coverage for a low-profile company, it won’t help you answer that crucial question:

Then when you are reading for free, you need to ensure that your script coverage is as good as humanly possible. Some fortunate souls manage to by‐pass reading for free completely through the quality of their connections.

However, if you don’t know anyone, then it’s a necessary evil if you want to progress in your career as a script reader.

What Makes A Good Script Reader?

Something you should consider before applying for script reader roles, is the job itself. It may sound like an obvious point to make, but it is essential.

A Script Reader Should Ideally…

There are various different companies, individuals and organisations who need script readers. They include:

Getting Jobs As A Script Reader:

Script development is one of the most information-driven areas of the film and television industry. One of the ways you prove yourself as a script consultant is by getting to that promising new writer or OSCAR-winning script before anyone else.

In this frenzied race where everyone tries to out-read and out-network one another, you can never read scripts too much, make enough phonecalls, or network enough. A very senior development person once said that being “on it” in this way is what impresses the executives and producers most, more even than good taste and script judgement.

And in the world of script coverage being “on it” is equally important, and developing an “eye for a gap” is vital, too.

There are some “guerrilla tactics” that you can use to help seize every opportunity or create one for yourself.

To Enhance Your Industry Intel And Increase Your Chances Of Hearing About Opportunities, You Can Take The Following Steps:

How Much Do Script Reader Jobs Pay?

Like in any highly competitive, creative job, script readers typically have to pay their dues. This is why it is often necessary to work for free. Unpaid script reading jobs may not pay in cash, but they do provide opportunities to get experience and make connections with the right people.

An important part of script reading is building your resume and skill set. Because it can take years to progress from one tier to the next, script readers need to be patient and passionate about the work they are doing. In the US, script readers earn about $40-60 per piece of script coverage.

However, if they join the script readers union in the US, they will be paid more.

Should I launch my own Public Script Reading Service?

This is widely frowned-upon in the corridors of power for the simple reason that unless you’ve “made your bones” and got hired by major companies, and ploughed through those 2,000 industry-level script reports, what are you selling?

The fact that you “get” story better than the milkman?

So, all those English lit essays you wrote means you’ve got some textual style?

You read scripts a number of times and wrote a few reports on a peer-to-peer site?

Until you’ve been there, done it, and got the industry T-shirt you just don’t have anything credible to sell, in the eyes of the executives, managers, producers and agents.

…you’re going to be harming your career before its even got started.

Throw in the low pay, the fact that writers aren’t stupid and will only hire bona fide consultants with demonstrable industry experience and, well, most execs and industry pros are foxed why people keep having a go at launching their own script reading services.

“Make your bones” in development, and then if you want to run your own outfit years later you’ll both fully equipped to do so, and respected.

You can check out how a typical, successful career in script development pans out via the chart below:

How To Become A Script Reader:

Our 1-day “Effective Script Reading for Film & TV Course” has been running for many years, and has rapidly accelerated the progress of many readers.

The course is the first to focus heavily on the skills required to locate and gain script reading jobs – jobs which are never publicly advertised and require a specific range of skills and a certain well of resourcefulness to acquire.

Containing both a pre and post course homework assignment (practicing script coverage), our course can’t turn you into a great script reader overnight, but it can save you a lot of time, wasted man-hours and mistakenly blown opportunities in the process.

Just click here to read further information about the course, or to book your place.

Read our pieces on “11 Reasons for the High Turnover of Script Consultants” and “Evolution of a Script Development Professional”.

Script Reading Jobs: Round Up

What does a script reader do?

A script reader exists primarily to act as a filter. He or she is there to ensure that only strong scripts get through to extremely busy tastemakers. The script reader can also act as both a quality-control mechanism for screenwriters, and offer a route to improve the quality of the screenplay itself, via constructive script notes (known as script coverage).

How much does a script reader make?

Script reader jobs are rarely lucrative, and are paid on a per-script basis. As a pro script reader you’ll typically be self-employed, and work from home. There are multiple reasons why script reading jobs are rarely lucrative: the work is, obviously, hardly laying tarmac (it’s reading stories from bed and giving your opinion on them!); competition is accordingly fierce for the work; film and TV companies rarely have huge amounts of development money to spend on readers; and finally the barrier to entry for said competition is low (everyone has an opinion). Most TV and film companies pay between $40-$60 or so for script coverage, therefore.

What is a Hollywood reader?

A Hollywood script reader is one who works exclusively for US companies: Hollywood studios, mini-majors (like Lionsgate) and the streamers including Netflix, Amazon, HBO and others.

How do I become a script reader?

The key to becoming a pro script reader is to start reading for free for smaller, reputable producers. These producers will then hopefully refer you to bigger ones, and then your resume will begin to grow and you’ll move up to reading for the studios or the streamers. Alternatively, you could also take a script reading course, where you’ll be able to write test script coverage, perform exercises to improve your script analysis skills, and generally upskill.