Verifications
The Process
Get Started
FAQs
“The Industrial Scripts script editor assigned to our project was exceptional and the day flew by. I felt totally re-invigorated creatively by the session and keen to attack the re-write..."

Script editing is the process by which scripts are honed, draft-to-draft in TV & film.

A script editor is like a high-powered, in-person script consultant: he or she is there to extract absolutely the best performance possible from the screenwriter...

If you're at a roadblock with a project, if you can't see the wood from the trees, our script editing service is for you... 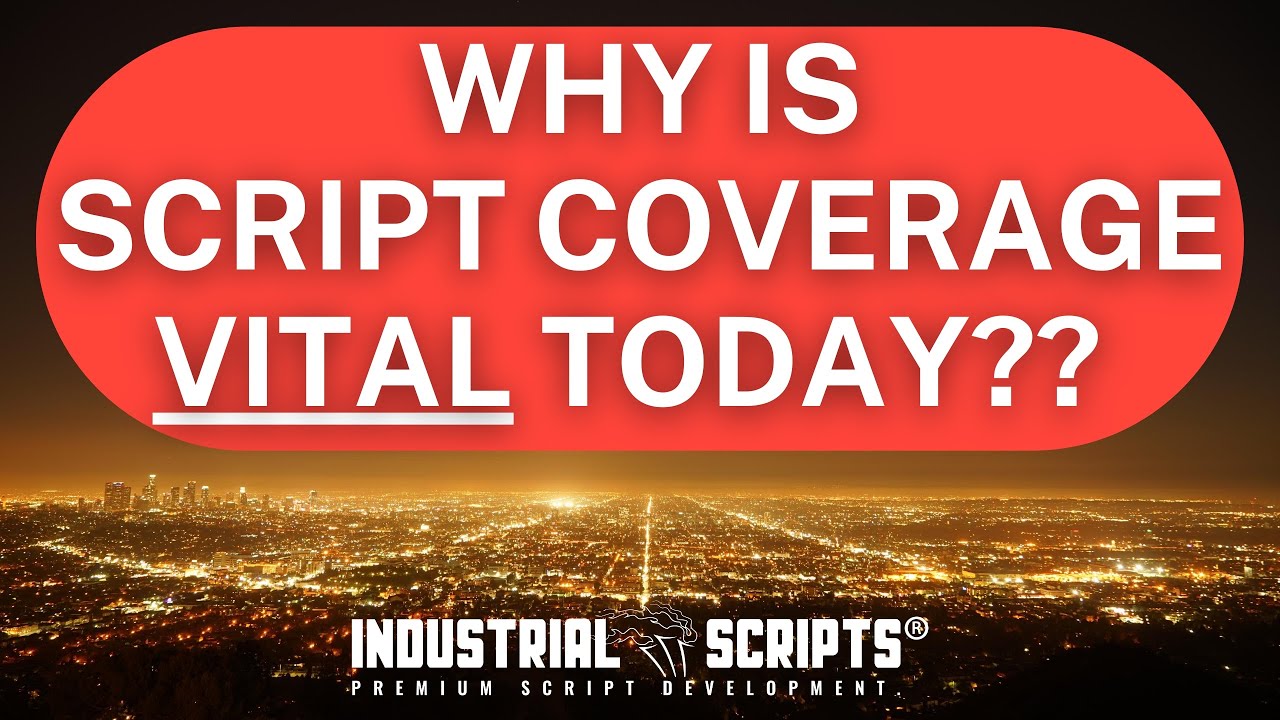 Since 2010, Industrial Scripts has been delivering industry-leading script development services.

Our cherry-picked team of script consultants and script editors are dedicated to helping writers and filmmakers improve.

Is Hiring a Script Editor Right for You?

Step #1: Send Us Your Script

First, let’s read your script. Book our Script Editing Service, follow the instructions emailed to you, and log your script in our system…

You send us dates suitable for the session

You send us dates suitable for the session

you log on to Skype and the session begins!

Having arranged the date, both you and our script editor get to work prepping for the session. Then, on the day, you log on to Skype armed with a lots of questions and queries about how best to improve the script.

you log on to Skype and the session begins!

We send you our "Next Steps" conclusion report

Step #4: After the Session

After the 7hr session (with a 1hr break for lunch) has taken place, our script editor then types up the “Next Steps” action points for you to focus on for the next draft. You move forward with the re-write with enthusiasm and absolute clarity about the best way forward for your script.

We send you our "Next Steps" conclusion report
Start the Process

Have A TV or Movie Idea, But No Script?

If you don't have an existing screenplay for us to script edit, report on or re-write, we also offer from-scratch writing services.

Please scroll down to read more information about this service.

"The 1-day script editing service was a most satisfying experience. It makes such a difference to be able to talk a script through face to face, from beginning to end and explore all possibilities. It enabled me to shift to a different mind-set, in a way that would be hard to establish by a written report alone. The script editor had done his homework well and was very interested in the story, which always helps. He helped me to get a much better insight in how to fix the remaining flaws in the script."

Kick off the Industrial Scripts script editing process by booking here. Our script editor will go through your script with a fine-toothed comb and you can get the date for the session all booked in. Remember: you're in creative control throughout...
Get Started >

Sometimes, the different terms used to describe film and TV script development professionals can be baffling.

Here’s how they’re broken down:

A script consultant analyzes a screenplay and writes a report on it.

A script editor works 1-on-1 with a writer, often face to face.

A script doctor is half screenwriter, half script consultant. They re-write scripts.

The first thing to understand is that a Script Editor is NOT – at least when they’re script editing – a writer.

They do not write, or re-write. A script doctor does that.

Instead a script editor in film and TV will provide feedback, guidance, encouragement, or constructive criticism. They also manage writers – sometimes it’s their job to ensure that writers stick to the project’s brief. After all, if you were a producer, and you’d paid a writer to write a thriller for you, you’d be pretty annoyed if he delivered a slow-paced drama!

Script editors ensure writers hit deadlines, and stick to the project’s brief. Ultimately script editors aren’t there to come up with the story for you, but rather to get the very best out of you – a bit like a sports coach, or mentor figure.

Start the Process
"The story, world and characters are greatly improved and the script editor had so many notes it kept the session flowing with ideas and different avenues to take. I will be booking another session after I've finished my new second draft (should take 8 weeks)".

INDUSTRIAL SCRIPTS HAS BEEN FEATURED IN

Industrial Scripts VS The Others

Our script editing service has been carefully engineered to address many of the common issues filmmakers experience working with other script companies.

Working with Our Script Editors: In Brief

Our script editing service costs $395 per 1 day/7 hr session. We have many clients who book multiple sessions and then schedule them out over several months in order to give themselves targets to hit. You can book a script editing day here.

Who are your script editors?

When you book with Industrial Scripts you are engaging the company to deliver the service. Remember all our script editors have been strictly vetted and come with the IS stamp of authenticity: we’re the only script development company with over 1,000 verified testimonials, and we’re hopeful our track record speaks for itself in that regard. We also work with other, higher-profile screenwriters who for obvious reasons do not wish it known to the wider industry that they do uncredited script editing work. We also have relationships with several high-level development people who have worked extensively on both sides of the development fence (ie. as writer and development executive/reader/editor). As with all our script development services, we stand by the quality of our work – and with hundreds of customer reviews online you can be sure your project is in the safest hands possible with us.

Can I split one session?

Our script editing sessions, unless extreme circumstances dictate otherwise, all take place over one, concentrated day (or 7hr block). Regrettably our script editors are so in-demand that splitting one booking in to multiple smaller chunks isn’t practical. Your project needs our absolute focus and concentration, and necessary preparation time that goes with it.

Are you available globally?

We are! After booking, you’ll be emailed information about how to contact our script editors, and when contacting them simply state your timezone and preferred dates and we’ll do everything we can to accommodate your request. Please note you must list at least one weekday when requesting a slot, as we cannot guarantee to provide the service at weekends.

Does IS offer pure writing services?

Sometimes a client will approach us without an existing screenplay, or sometimes without even a treatment or pitch document.

They’ll have an idea for a great TV show or movie, and want to develop it with us.

In this instance we act as an agency, placing one of our writers on it in a conventional manner.

No treatment or pitch doc? No time or manpower to develop while you write other projects?

Simply raise a fresh ticket at our dedicated support centre, below, with as much information about your project as possible, the budget already in place, and any further information and we’ll get right back to you.

Raise A Ticket
“This was an incredible experience. A chance to work with the cream of the crop in terms of on-the-rise screenwriters. Industrial Scripts really know what makes a movie get sold or made, and how to take a script from good to great!”

Don't Just Take Our Word for it...

Remember those verified reviews mentioned above?

Click below for the latest ones just in from Google-approved reviews platform REVIEWS.io…

Why do clients book IS?

We surveyed over 1,200 clients and a massive 45% of these bookings came from happy returning clients. Check out the graphic below...

Ready to work with our script editors?

Start the Process
"The IS script editor was professional but very approachable. He had clearly read the script thoroughly and made copious notes. He talked in the inclusive language, 'we could do...'and,' if we..'. which was encouraging and made us feel that he engaged with the plot, the world, and the characters."
Beverly Chambers
Writer

Founded in 2010, Industrial Scripts is today one of the world’s leading screenwriting companies, backed by major companies and with over 1,000 verified testimonials.

Our script editors have significant industry credentials, writing coverage for companies and studios including Paramount Pictures, Warner Bros., Universal and many more. Working with screenwriters and filmmakers of all levels and from myriad locations, we also deliver intensive training both online and offline.

While our free Talent Connector promotes talent to the industry, our popular blog – Character-Driven – educates and entertains. We believe that rigorous script development is the foundation of great film and TV and is, indeed, essential.

Without it, the end product will fail.

Exclusive eBooks on complex areas of screenwriting, free produced screenplays, inspirational materials and more…download ALL our free resources at the link below!

Do your scripts Harness the Power of Myth...while Avoiding Cliché?