How to Write a Script for Film and TV

For first time screenwriters, the question of how to write a script can seem a little daunting, but it ultimately boils down to three overarching elements:

The further up this chain we get, the less strict the formula:

Though there is some variation, the format of a script is organised so as to make it as easy as possible to translate the text to screen. Deviating from it can make other people’s jobs that much harder.

There are, however, certain structural and generic formulae that a screenwriter should keep in mind when considering how to write a script.

It’s the way in which they reveal information, character and plot within pre-existing structures. This is where there’s space for pure originality.

How to Write a Script in the Right Format

Where screenwriting stands apart from other storytelling media is in its absolute need to represent a direct visual perspective on top of telling a compelling story.

It boils down to the amount of information the text has to impart:

The opening of ALIEN is a perfect example:

While a book can describe a story, and a play can outline a story we witness as a whole, a film script often has to imply a story through visual detail.

It’s the balance between instructive and descriptive.

A book is entirely the latter – it isn’t telling someone down the line how the story should be told. It’s just telling the story.

With a play, and even more so with a screenplay, you’re laying out plans for future collaborators.

As D.J. MacHale puts it:

A screenplay is really a blueprint for something that will be filmed. Therefore you must always keep in mind that whatever you write is going to be staged, for real.

For an in-depth look at the essential building blocks of screenwriting format, it’s worth looking at our in-depth guide.

In a more general sense, however, it’s important to remember that the prescriptive nature of a screenplay means it’s best to avoid including certain things as part of the format.

What We See Over What We Read

‘Thoughts’ are an obvious one. Revealing a character’s emotion or train of though in the description beyond a certain point becomes dead text – it won’t translate onscreen.

The same is true of any event or information that doesn’t have a visual or story implication.

‘Enter JOHN, 50’s, stocky. He’s been bitter ever since his wife left him last year, spends his days inside his own head or staring at the bottom of a bottle. There’s nothing he hates more than smalltalk and nothing he loves more than a breezy summer’s day. He’s a little flustered after arguing with his daughter in the car’

Now, obviously a lot of the stuff there might feasibly inform a performance, but if we’re not going to:

-then there’s nothing here that wouldn’t be better conveyed by:

Which is ultimately all we’re going to see anyway.

This is another key point in script formatting – concision. There is some scope to include ‘omniscient’ details, but including too many is a definite formatting faux-pas.

Another formatting pitfall is to become a little too prescriptive when it comes to describing what we’re looking at.

If noticing the mysterious vial of chemicals peeking out of the antagonist‘s pocket is important set-up, then the script absolutely needs to draw attention to it (that’s perspective).

However, pushing it to the extent that the script specifies camera angles and shot types is something better kept to a minimum (that’s direction). 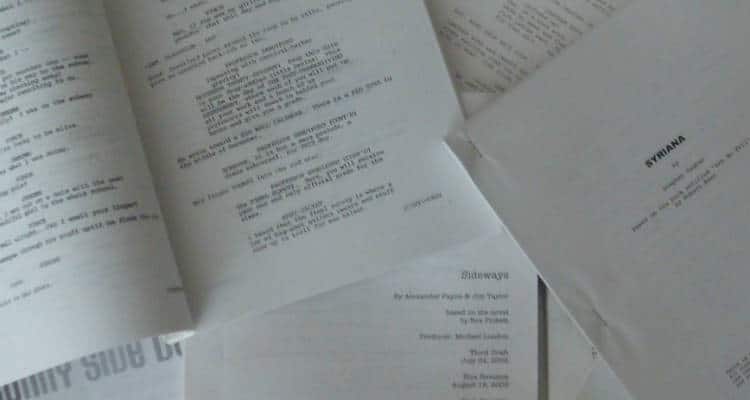 It’s also a document that will be read before anyone even considers taking it to another level.

As such, it’s best to tread carefully when it comes to specifying technical aspects of the process (e.g. the type of shot or transition) unless it’s essential to the moment.

Neither of these are categorical no-no’s, but they’re definitely to be used in small doses, if at all, when approaching how to write a script.

How to Write a Script With a Good Story

This is, obviously, a little more complicated.

Story is a broad term, but when it comes to screenwriting there are three things we absolutely have to get right (once we decide on our core concept), and those are:

In film terms, structure comprises the specific moments by which the writer chooses to tell the story, and the order in which they do so.

It’s the skeleton of the film.

When it comes to screenwriting, structure is often discussed in light of the three (or sometimes five) act structure.

It may seem prescriptive, but it’s a tried and tested formula.

It allows for enough variation to maintain originality while ensuring that the dramatic momentum of the story remains intact.

How Three-Act Screenplays Work (and why it matters)

There are complex breakdowns of structural trends, but to break down the very basic beats found in most screenplays:

The reason structural formulae like this work is ultimately down to…

…because, as Robert McKee puts it:

True character is revealed in the choices a human being makes under pressure.

That’s what the structure outlined above achieves. 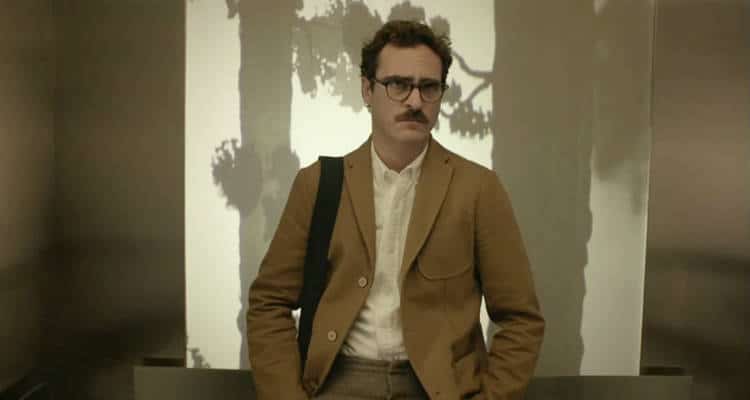 A protagonist who isn’t placed in a position in which they are forced to make difficult choices is rendered passive, which, if we go by McKee’s statement above, makes them ‘lesser’ characters overall.

As John Truby puts it:

Any character who goes after a desire and is impeded is forced to struggle (otherwise the story is over.) And that struggle makes him change. So the ultimate goal of the dramatic code, and of the storyteller, is to present a change in a character or to illustrate why that change did not occur.

Once we establish our central character’s goal (like Luke wanting to leave the farm in STAR WARS), it’s essential that we give them an important choice to make in relation to that goal.

Theodore decides to buy the new OS in HER; Theo decides to proceed with his task of protecting Kee despite Julian’s death in CHILDREN OF MEN.

These decisions have concrete consequences:

Theodore falls in love with Samantha; Theo is forced to smuggle Kee into Bexhill on his own.

And these in turn allow for further choices:

Whether to pursue a relationship with a computer; how to get Kee to freedom without detection.

It’s a simple formula, but it ensures that we have characters who are constantly and dramatically forced to act and change.

The key is choice.

It’s also important, however, to avoid falling into the trap of building a complex protagonist but surrounding them with one-dimensional characters that serve only as plot devices to keep them on their toes.

Every character needs some level of complexity and nuance, and thinking about them in terms of their base desires, as above, is the perfect way of ensuring they work.

Scene to scene, the trick is to ensure that characters’ distinct goals clash and interact with one another – even if it isn’t explicitly so, each exchange is an argument.

It may seem difficult to define, but tone is essentially the ‘mood’ of a film – how it feels.

When it comes to how to write a script, it often falls by the wayside given more concrete concepts like structure and character.

Nonetheless, an inconsistent tone can completely sink a potentially effective story, which is why it’s essential to lay out your tone from the start.

Is this a taut, bleak family drama?

Then the opening scenes need to put us straight into that world, show us the fractured relationships of the core characters and set the emotional atmosphere of the story. We can’t open with a dance number.

Then we need to establish the world, the ambience, as quickly as possible, to put the audience in the right frame of mind to appreciate the story that’s going to unfold here.

It may seem like an obvious point, but it boils down to audience expectation:

When we open with a dark, moody shot of a misty alleyway with a recently-deceased woman lying in the dirt, we set a tonal precedent.

Moving straight into a comedic back and forth between Jenny and her new employee who rides the line between charm and arrogance suddenly feels out-of-place – it breaks our investment.

Tone is the cleanest way of illustrating what your script wants to be.

It’s important to get it right.

How to Write a Script With Flair

This is the part that’s more or less entirely down to you as the screenwriter.

Adhering to formatting, formal, and story conventions to some degree is an important part of how to write a script.

How you adhere to them is a different story.

The style of the dialogue, the specific cinematic moments, the way the script employs subtle symbolism or wry humour…

These are flair, and they come purely from the writer.

It is, however, essential that it’s the cherry on top of the well-constructed cake, rather than a lonely glacé on an imploded muffin. To master those structural and character skills, it can be worth taking a screenwriting course online.

Once those base elements are working, a writer’s personal flair can shine through.

If you enjoyed this guide, why not delve deeper and download our free series of authoritative guides on complex writing issues, motivational tools and other free stuff!

To be emailed all PDF guides at once just click the link below. Enjoy! 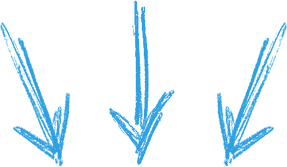