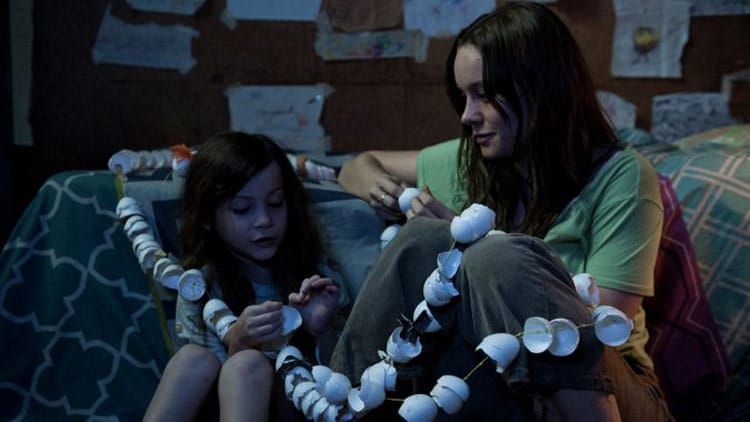 The critical acclaim, awards nominations and profoundly-felt audience reaction to ROOM highlight one of the most powerful tools in the screenwriter’s armoury – your choice of protagonist.

Whether you’re writing a feature script or TV pitch or pilot, if you’ve already decided on a protagonist it’s still worth asking yourself: is there a more interesting alternative?

If you don’t have a strong, engaging (and potentially innovative) protagonist, an effective way to seek one out is to start with a situation, subject or milieu (aka “story world”).

Next, interrogate all the possible individuals or ensembles that could be the protagonist/s within that story world.

Who is the Protagonist?

Although it’s Screenwriting 101, we can all benefit from constantly reminding ourselves that the protagonist is he or she who travels or arcs the furthest (and he or she is not the protagonist at all if they don’t change, rather they are the central character/s, or, if you’ve gone wrong somewhere in development, a supporting character at best).

Now you’ve chosen your protagonist (who arcs) and/or central character (who does not), decide what they want/need most and who/what they’re up against. Who/what is the best antagonist to block this want/need? The identity of the antagonist may be obvious; it may also be much more subtle, being perhaps a situation rather than a person.

At the core of ROOM’s story world is a premise with serious emotional impact: a psychopath abducts a girl and holds her captive. The strength of this impact probably has something to do with how many films have made use of this premise over the decades.

The wider story world around this premise and its two characters includes: the abductee’s family (including perhaps the children the abductee has with their abductor); maybe the abductor’s family; the cops; the wider community; the media; politicians.

Using this story world, let’s look at as many possible protagonists as possible – and see how the choice of protagonist affects story, antagonist, genre and tone.

First, the most obvious one:

Crime Thrillers can, of course, be the exception when it comes to protagonist arcs, as it’s perfectly acceptable to have a central character cop who does not change at all. DIRTY HARRY is a classic example – he may throw-away his badge at the end, but he does not change. At all.

** WARNING: Violent scenes and offensive language are included in the following clip – viewing for 18+ only **

In the case of a non-arcing central character cop without a protagonist partner or buddy, emotional engagement will derive from mini-arcs traversed by supporting characters: (usually multiple) partners, colleagues, witnesses, suspects, victims and those close to the victim.

Bestselling crime fiction is over-populated with multiple examples of the central character detective / cop / journalist / freelance vigilante who never changes, though they definitely change many of the characters with whom they come into contact.

Another useful benchmark is FARGO – in both its movie and TV incarnations. The cops never arc. Indeed, their hugely-engaging charm comes from the low-key, stoic yet steadfast way in which they refuse to be intimidated, corrupted or do anything less than uphold the law, whatever the circumstances.

In other words they are central character cops, but about as far from Harry Callahan as one could possibly imagine.

Then there are the gangsters (who rarely change) and, last but not least, the “ordinary” folk caught in between, who are always the protagonists of the story, changing from law-abiding citizens to killers and fugitives. Each of the three sides is everyone else’s antagonist.

Cops can arc, of course, so in this case let’s assume there’s an arc.

A variation could be old cop/new cop as in SE7EN or TRAINING DAY, featuring an older cop central character who doesn’t arc and a younger cop protagonist who does.

Next-up, an option with multiple protagonists:

This is rich terrain for drama, whether in film or TV.

Examples are PRISONERS and the original Danish THE KILLING. Because of the number of interlocking characters and the need to give every character enough screen time so that they develop and arc fully, this option best suits long-form, multi-episode story-telling.

Another alternative is to focus solely on the family of the abducted girl:

Genre: Drama
Story: Family coping with the adduction/death of their daughter
Protagonist: The family
Antagonist: The highly-charged situation; grief/loss

THE LOVELY BONES is a brilliantly innovative – and hugely successful – version of this story.

Next, the most exploitative, but also the most viscerally satisfying if the abductee ultimately gets to torment and then kill their abductor.

MARTYRS is a fascinating example of these two stories spliced together. First half: abduction survivor and her friend go looking for revenge on those that abducted her; second half: there’s a re-abduction, which twists the film into the most extreme of survival horror narratives.

The combination of these two story ideas – along with the film’s uncompromising visual aesthetic – lifts MARTYRS from B-movie horror to extreme cinema with an art-house pedigree.

Now, bearing in mind that every character is at the centre of their own story, how about making the psychopath the protagonist?

Genre: Horror-Drama
Story: Psychopath “rescues” young girls from other psychopaths, then keeps them locked-up because from the psychopath’s perspective, freedom will destroy them
Protagonist: The psychopath
Antagonist: The young women (who keep trying to escape); the cop/s

This may sound farfetched, till you relate it to DEXTER.

It wouldn’t work as a feature film, because the psychopath would not have enough time to arc in a believable way, but over a full season of TV (or, indeed, multiple seasons) the psychopath protagonist’s arc could span an immense distance and evoke deep emotional satisfaction.

However, commercially it would be an even tougher sell than DEXTER and probably wouldn’t work with any of the comic tonality that is woven through DEXTER’s drama/horror and enables it to work so well.

It would be a truly amazing feat for any writer to create and sell – let alone for a network to produce and broadcast – the following show:

Genre: Ensemble Comedy
Story: Psychopath abducts young girls from problem situations, then keeps them locked-up in order to “save” them from the world outside
Protagonist/s: The psychopath; the young women (who keep trying to escape)
Antagonist: The world outside.

As another possible comedy take, what if the protagonist grows into a woman, then has to re-join the world she left behind as a girl?

Genre: Coming of Age-Comedy
Story: Teenage girl is abducted, survives for years, is rescued and must adjust to the world outside
Protagonist: The young woman
Antagonist: The world of “normal” people

Again, this idea would seem somewhat farfetched, till you realise that 30 ROCK alums Tina Fey and Robert Carlock have already turned it into critically-lauded Netflix show UNBREAKABLE KIMMY SCHMIDT (number one in The Guardian’s best TV shows of 2015).

Finally, what if the girl grows into a woman, has a child then they both have to re-join a world that one of them left behind long ago and the other doesn’t know at all?

Genre: Family drama (in the sense that mother and child’s arcs are inextricably intertwined)
Story: Young woman is taken, survives for years, has a son; they escape/are freed
Protagonist: The young woman and her son
Antagonist: The psychopath; isolation; freedom

And you’re back in the ROOM.

If you enjoyed this article, why not check out our article: Twitter Screenwriting Accounts Screenwriters Must Follow?

2 thoughts on “OPINION: Choosing Your Protagonist”