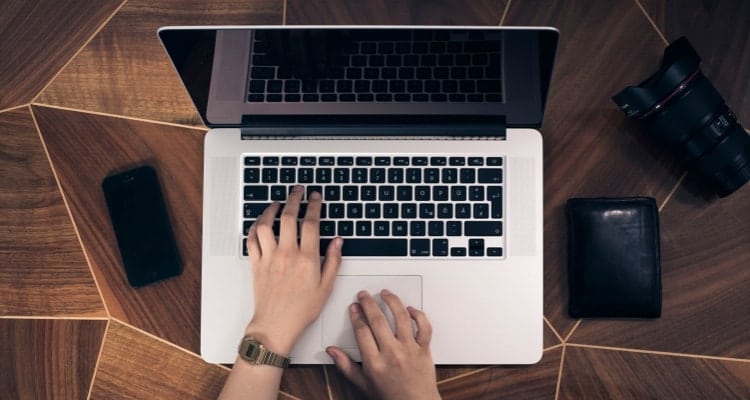 Trying to craft and edit a script with non-specific screenwriting software can feel like pushing a boulder uphill. Microsoft Word and Notes do not address specific screenwriting issues and wrestling with their margins is time-consuming. That time’s better spent pruning your dialogue or tracking your character arcs.

What is Scriptwriting Software?

As you write, the writing will fall into specific categories – Character, Dialogue, Action, Scene Headings etc. You can adjust this as you write. But most scriptwriting software is pretty intuitive when it comes to putting what you write automatically into the right category and format.

It’s more restrictive in one sense but more freeing in another. It allows you to not have to think about the technical elements of writing.

So without further ado, let’s look at the best screenwriting software out there.

You can export your script as a PDF or Final Draft file for sharing with others. And you can collaborate in real time, similar to Google Docs. You can write online or via the downloadable desktop software, and also with the iOS app on your iPhone or iPad. And it has automatic cloud storage and can sync with Google Drive or your hard drive.

Arc Studio also has you covered with a screenplay outlining tool so you can break down your plot and characters.

Note: Arc Studio has both a free online version, and a $99/year Pro version

Trelby is a screenwriting software that runs on Windows and Linux, placing an emphasis on simplicity for the user. This free screenwriting software is, in their own words, “Infinitely Configurable”. This is because those lucky enough to fall in the middle of that Venn diagram of screenwriters and developers are encouraged to contribute to the software.

This means Trelby is highly adaptable and constantly shifting. This, combined with being free of charge, makes it an exciting and enticing screenwriting software option.

Despite only being available for Mac, Highland is another great free screenwriting software option. It is designed to make navigating through a script a simple task, as if seeing it from the highlands… although it’s actually named after the neighbourhood in LA.

Highland suits writers who like to focus on character. You can list characters by order of appearance or how many lines they have throughout the text. Additionally, you can use the bin shelf to store pieces of text you want close by. You never know when an off-cut idea or scene from one script might fit snugly into the next.

Final Draft, PDF, Celtx, and Word are some of the files the user can import and export in this screenwriting software. There’s also the option to collaborate in real-time. Multiple users can edit a script together – hopefully singing in harmony.

With a free and a paid version available, this screenwriting software fits both categories. If you are not enjoying the collaborative process then WriterSolo is now available which works on a “pay what you want” basis with no login required.

Causality takes a different approach to most screenwriting software. It allows you to plot timelines and key moments to visualise them, focusing on that crucial key cause and effect narrative chain that many beginning writers overlook, to their peril.

Causality has both a free and a paid version available. The free version limits the space a user has to write their script. So, it may be a useful option for a small, one-off project, but don’t be planning to write your mammoth historical epic in it without paying first.

It is versatile, easy to use, and powerful. Users are aided by templates for films, television scripts, and stage plays. This versatility of templates means it is a good option for a someone wanting to write in these different formats. Templates are also available for Treatments, Character Bios, and more.

With a live chat response team to help you, Final Draft is screenwriting software that allows you to learn as you go. But remember – just because it’s in Final Draft, doesn’t mean it’s your final draft.

Final Draft is the most ubiquitous and commonly used screenwriting software out there. It’s what everyone will recommend. However, for newer or non-professional writers, its hefty price tag might be a turn off. So don’t feel like you are not doing the right thing by going for Final Draft, the king of screenwriting software. There are plenty of princes that can get the job done just as well.

Just like a screenplay is just a blueprint for a film, Celtx takes you beyond the act of writing. For example, if you’re a writer who wants to keep an eye on the budget, Celtx has features to help you structure and plan this.

It also places emphasis on collaboration, being compatible with iPhones and tablets and offering real time collaboration options, so you never have to be away from your script or the multitude of voices involved in bringing it to the screen. With over five million users, Celtx is clearly a positive and strong contender for second spot screenwriting software to Final Draft.

Giving its users the ability to compare drafts, MMS makes it easy to cross reference and track your own work, or that of a meddling co-writer. There is also the option to view a script alongside notes. These tools show that MMS is a screenwriting software that understands the needs of its users.

Fade In has several key strengths as a good scriptwriting software. One rests in its availability on Mac, Windows, Linux, iPhone/Android, and iPad. This accessibility adds to the convenience of this screenwriting software. If you find yourself with a few minutes to spare, instead of playing Angry Birds start tapping away at that screenplay.

Fade In favours simplicity. There is an emphasis on no distractions. This is best illustrated by its page-only feature which allows all the options and icons to fade, leaving only the dreaded blank page and the task at hand: to fill it with wonderful words.

Despite only being available for Mac and iOS, Slugline has several benefits. While it isn’t free screenwriting software, there are several factors which make it a useful option for any Apple-equipped screenwriter.

With features like Dark Mode, which dims the screen if you are up late writing, Slugline has considered ways to make itself unique. This screenwriting software is great for those screenwriters on the move. It’s iOS friendly, letting you export PDF files from your iPhone, so when you’re on vacation and someone asks you for your latest draft, there’s no need to panic.

Scrivener exports PDF, Word, and Final Draft files, a versatility that makes it a useful screenwriting software option. Popular with novelists, the screenplay mode lets its users jump into a format that is made for screenwriters.

The Corkboard is a feature that helps you structure your screenplay quickly and efficiently. Rearranging the blocks in your Corkboard will, like magic, also rearrange your manuscript. In this way, it lets you neatly restructure whole sections of your work. If you’re a writer who likes to divert from linear plots, this tool could be a crucial aid. Of course, it’s up to you to make sure your script still makes sense at the end of it!

Recently changing its name from Movie Outline, Script Studio is the final screenwriting software we think you should consider using. With a Night Mode for night owls and a Full-Screen Mode for those easily distracted by social media, Script Studio understands that screenwriting can and needs to happen any time, anywhere.

There’s also a movie reference library. So if you’re in need of some inspiration, Script Studio has developed strategies to help. You can view analyses and detailed breakdowns of Hollywood films to gain inspiration and break that writer’s block.

In Conclusion: Screenwriting Software, A World of Choice

Ultimately, finding the screenwriting software is about finding a suit that fits. It’s a functional vessel for you to get your best work done. However, clearly from the range of scriptwriting software choice, there’s no need to limit it yourself to one tool.

Instead, use the wide array of screenwriting software to your advantage, making use of all the different utilities they can bring to your writing.