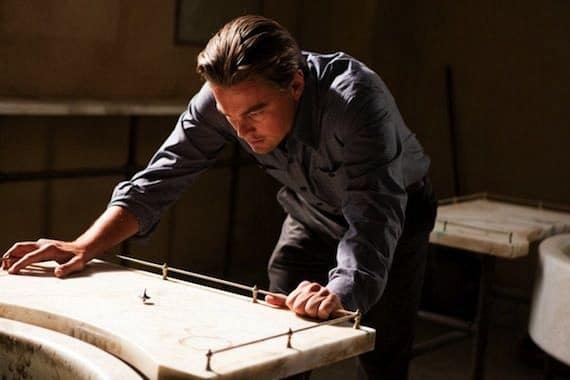 Endings are crucial. The feeling an ending gives an audience is the feeling they leave the cinema with. It’s the feeling that will colour their perception of their whole experience and the whole film.

How do unresolved plot threads make an audience feel?

Often, creating a satisfying ending means tying up the major plot threads. Sometimes, films and their fans can take this too far, leaving no room for ambiguity or mystery. Jim Emerson pokes fun at the idea that a film’s ending has to explain everything, pointing out how many great films do just the opposite.

As ever when discussing endings, spoilers follow, in this case for THE SILENCE OF THE LAMBS and INCEPTION.

The Silence of the Lambs

THE SILENCE OF THE LAMBS is a story of two cat and mouse games. One is between Clarice, a young FBI agent in training (Jodie Foster) and the mysterious serial killer Buffalo Bill. The other, between her and cannibal Hannibal Lecter (Anthony Hopkins), is far more important and interesting.

Their interactions get to the heart of Clarice and what drives her character. It’s all the tenser because the power dynamics are the reverse of what they’re supposed to be. Hannibal is safely behind bars (or glass), and yet he’s dangerous not because of his physical strength but his gift for psychological manipulation. 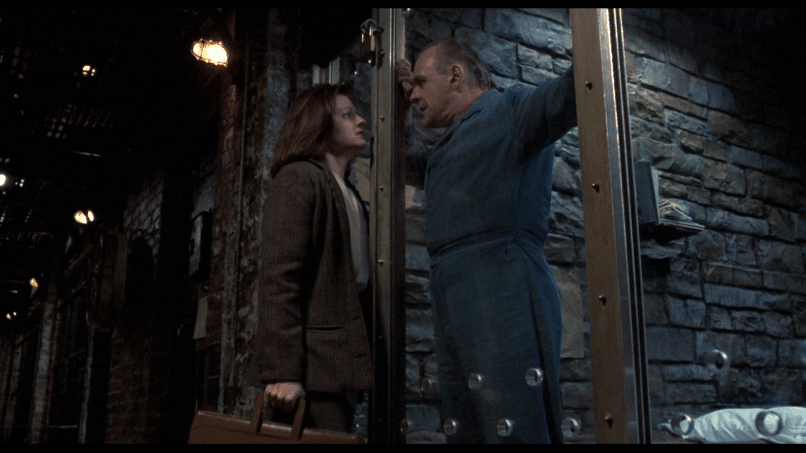 When Lecter breaks free towards the end of the film, this completely up-ends the disturbingly close relationship between them. What will Lecter do, now that he’s no longer safely contained?

In Richard Harris’ novel, the story ends with Lecter checking into a hotel and sending Clarice a letter. In Ted Tally’s screenplay, this is changed to a more cinematic telephone call. Here’s how his phone call begins:

Your lambs are still for now, Clarice, but not forever… I have no plans to call on you, Clarice, the world being more interesting with you in it. Be sure you extend me the same courtesy.

Lecter is still out in the world. He’s an unresolved plot thread. Lecter and Clarice may meet again (although the eventual sequel HANNIBAL swaps out Foster for Julianne Moore in the role). If they do, Clarice can’t promise him she won’t do her job and arrest him, despite their personal relationship.

However, he poses no imminent threat to her personally. Through their interactions, he even has a measure of respect for Clarice. She has confronted evil, saved Christine from Buffalo Bill, and vanquished her personal demons in the process (the screaming lambs). The character arcs are complete.

The first few drafts of the screenplay had Lecter make this call from Dr. Chilton’s house. Lecter had tied Chilton up and presumably was about to torture, kill and eat him in some order.

This didn’t sit well with director Jonathan Demme. Even though Chilton is an antagonist who betrays Clarice, he is a still a human being and didn’t deserve whatever horrible fate Lecter had in store for him.

In later drafts and in the finished film, Lecter calls Clarice from an airport payphone. His final line is now iconic:

I really wish we could chat longer, but I’m having an old friend for dinner.

Instead of catching Chilton off-screen before this scene, he sees Chilton arrive and follows him. This unresolved plot thread establishes a new cat and mouse chase. Crucially, it’s one that Chilton could still win.

If you can leave it open-ended, it will live in the audience’s imagination better. They’re more engaged that way. They will continue the story in their own minds when they leave the theatre.  This was a perfect opportunity to do that, because you could end one part of the story but leave another one alive and open. It’s not always possible to do it that way, but it’s more lifelike not to be too tidy.

At the end of INCEPTION, does the top keep spinning? Christopher Nolan says this is the question people ask him the most, and fan theories abound over who was ‘incepting’ whom, which totem belonged to which person, and so on.

However, there’s never going to be a definitive answer. The script (written by the British Nolan brothers) and the film deliberately exclude the answer. What matters in this moment at the end of the story isn’t whether this is a dream or reality.

Over the course of the film, any difference between the two, at least in the subjective experience of the characters, becomes blurred. Mal (Marion Cotillard) commits suicide because she no longer believes in this difference. When Cobb (Leonardo DiCaprio) is being chased, he heads down a passage that seems to narrow almost impossibly as it goes along, a common experience in dreams.

At the end, Cobb walks away from the top, showing that he’s come to a similar conclusion as Mal. It doesn’t matter if it’s a dream or reality, as long as he’s reunited with his children. Regardless of this unresolved plot thread, his character arc is complete.

This open ending is a litmus test for the audience. There’s a split between optimists (he made it back to reality) and pessimists (he didn’t). There’s also a split between Romantics, in the original sense of the word (valuing individual emotion as the centre of personal experience), and Realists (who might favour empirical science).

Is Cobb right? Should it actually matter to him if he’s in a dream or not? The genius of this unresolved plot thread is that it demands debate and (at least) a second viewing.

The Marvel movies have perfected the balance between resolving storylines while teasing future ones. However, many other would-be franchise starters tease sequels without making sure people enjoyed the first one. There are still no signs of  follow-ups to FANTASTIC FOUR or TERMINATOR: GENISYS, despite both ending with promises of more story to tell.

Other times, an open ending is a cop-out. The writer or director can’t bother to decide what theme or point of view they’re trying to convey, and so leave it for the audience to decide. Ambiguity doesn’t automatically make something profound.

Why is it so important to dream?

Endings like THE SILENCE OF THE LAMBS or INCEPTION resolve their main plot threads allowing them to leave others open. Clarice captures Buffalo Bill. Cobb successfully ‘incepts’ his target. Clarice and Cobb both have complete character arcs.

Will Lecter catch Dr. Chilton? Are there monsters like him among us? Can we identify them? Or, like Lecter who is a seemingly rational, highly intellectual person, do they blend in, become anonymous in a crowd?

What is the nature of our reality? Is there a reality beyond our individual, subjective experiences? Is that a question we can answer, or even a question that’s worth asking?

Both of these films harness the power of the unresolved plot thread to provoke the audience’s imagination and cause debate. This is far more exciting than the prospect of a sequel.