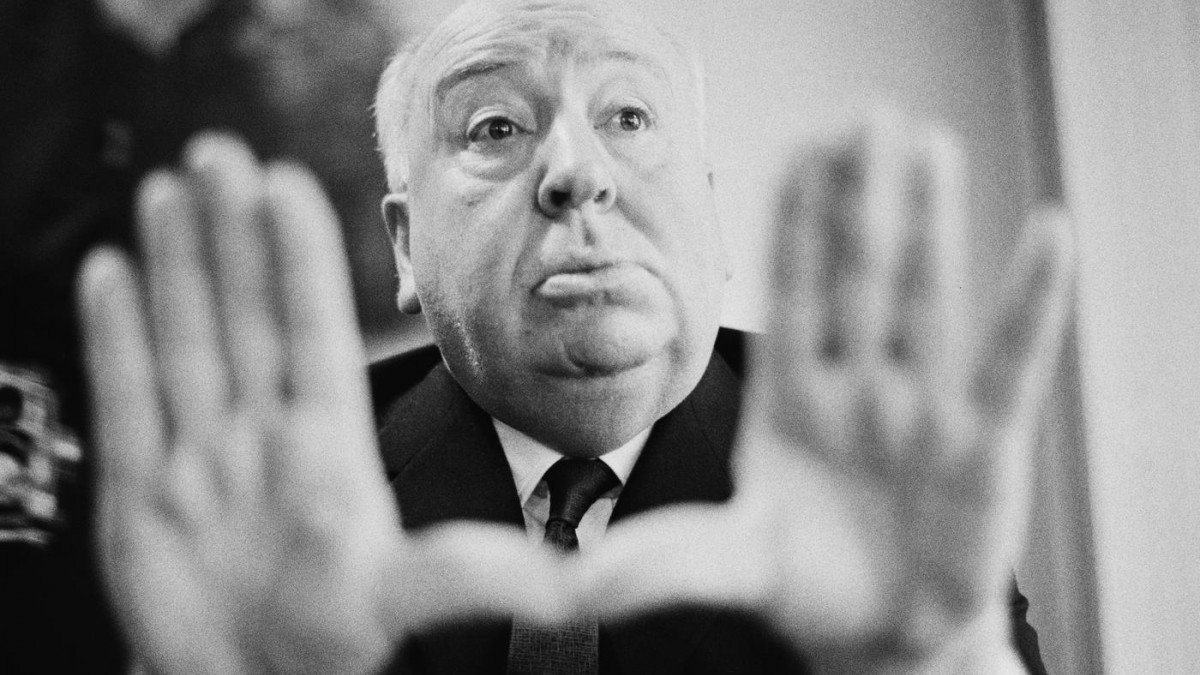 The Master of Suspense, Alfred Hitchcock was a genius who needs no introduction. He cut his teeth in the UK with early thriller masterpieces like THE 39 STEPS, but the move to Hollywood brought bigger budgets and more prestige. REAR WINDOW, VERTIGO, NORTH BY NORTHWEST and PSYCHO are regularly cited among the greatest films of all time.

Alfred Hitchcock was also one of the first directors to understand and really exploit personal branding. He appeared in many of the trailers for his films, made cameos in the films themselves, and hosted his own anthology TV show, bolstering his public persona as an enthusiast of all things macabre.

His influence is still keenly felt today, from the cold urban thrillers of David Fincher to Paul Thomas Anderson‘s PHANTOM THREAD, which has more than a shade of Hitchcock’s REBECCA.

15 Alfred Hitchcock Quotes Writers and Filmmakers Can Learn From

1. “I depend on style more than plot. It is how you do it, and not your content that makes you an artist. A story is simply a motif, just as a painter might paint a bowl of fruit just to give him something to be painting.”

2. “I have a strongly visual mind. I visualise a picture right down to the final cuts. I write all this out in the greatest detail in the script, and then I don’t look at the script while I’m shooting. I know it off by heart, just as an orchestra conductor needs not look at the score… When you finish the script, the film is perfect. But in shooting it you lose perhaps 40 per cent of your original conception.”

3. [on adding title cards to silent films, his first job in film] “It has been known for this process to save a bad film. There as one film I remember, it was a very bad film – a drama – so they put comedy titles all the way through it! A big success! Because it came satirical, you see.”

4. “I follow the geography of the screen. Most directors say, “Well, he’s got to come in that door so he’s got to walk from there to there.” Which is as dull as hell. And not only that, it makes the shot itself so empty and so loose… I don’t care how he got across the room. What’s the state of mind? You can only think of the screen. You cannot think of the set or where you are in the studio — nothing of that sort.”

5. [on the technical innovations made for THE BIRDS]: “I never raised the point, “Can it be done?” Because then it would never have been made. Any technician would have said “impossible.” So I didn’t even bring that up, I simply said, “Here’s what we’re going to do.” No one will ever realize that had the pioneering technical work on it not been attempted, the film would not have been made.”

6. [on adapting plays] “Some people make the mistake of trying to open the play up for the screen. I think the whole conception of a play is confinement within the proscenium — and that’s what the author uses dramatically. Now you are undoing a newly-knitted sweater. Pull it apart and you have nothing.”

7. “The average person looking at someone doing evil or wrong wants the person to get away with it. I think it’s the most amazing instinct. The audience can’t bear the suspense of the person being discovered. “Hurry up! Quick! You’re going to be caught!”

8. [on directing actors] “If you put a lot of redundant expressions on your face, it’s like taking a piece of paper and scribbling all over it. You want to write a sentence for somebody to read. Much easier to read if the piece of paper is blank. Every expression makes a point.”

9. “As far as I possibly can, I always insist on using those elements that belong to the character and involve them in the actions of the story. In NORTH BY NORTHWEST, Cary Grant is trapped in an auction room. He can’t get out except one way, and that is bidding, crazy bidding, and he gets himself thrown out. But the essential point is that he is in an auction room and you must use the auction room.”

10. “I’ve never had much nudity in my films, because you have to leave something to the audience’s imagination. The same thing is true, I think, for violence.”

11. [on movie stars] “You are actually playing a character, but you are also playing the personality of Cary Grant. The value of having Cary Grant, the film star, is that the audience gets a little more emotion out of Cary Grant than they would from an unknown, because there is identification. There are many members of the audience who like Cary Grant, whether they know about the character he is playing or not.”

12. “I’m a believer in the subjective — playing a scene from the point of view of an individual. If you do your master and then you go in close, that’s like theatre to me, whereas we have the power in film to get right into the mind of a character.”

13. “Very often scripts are written and then the location manager is called in and he tries to find some location that fits the script. I don’t believe in that. I think you should go to the location first and then put it in the script.”

14. [on visual storytelling] “If you make a film which is “photographs of people talking” all the way through, and that gets to a foreign country with subtitles underneath, the poor audience will spend the entire evening reading. They won’t have time to look at the pictures.

15. “I think the important thing is one’s work, using the mind, all of your talent, all of your experience. You find that as you go along one problem becomes more and more difficult: How do you avoid the cliché?”