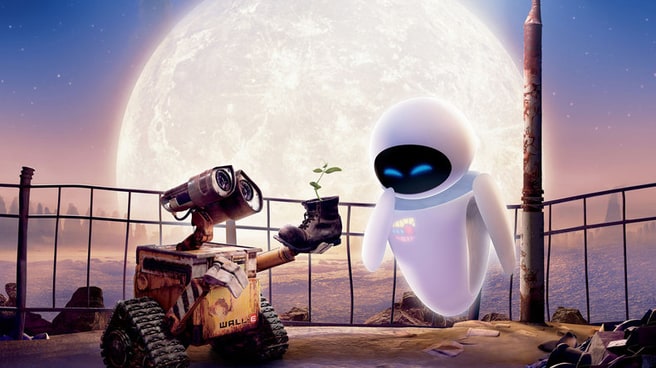 What Is Visual Storytelling?

By definition, visual storytelling is a story told through a visual medium. This can include anything from photography, video or illustration, which is then enhanced by the use of music, sound or audio.

When considering the very beginning of cinematic history, visual storytelling was all that filmmakers were limited to. Until the introduction of audio within film, all cinema-makers could do was show and not tell. The very fact that film began solely as a visual art suggests just how important visual storytelling should be within screenwriting.

The goal of visual storytelling is to convey complex thoughts and emotions without the use of much dialogue. Many filmmakers believe that some of the best scenes ever written follow this rule. To get a better sense of this idea, let’s take a look at the following two examples…

Within both of these scenes, Benny walks into a bakery and sees his ex-girlfriend working behind the counter.

In this example, Claire announces she is seeing someone else. While this may be a completely realistic scenario, consider how the version below compares…

Now Consider, Which Scene Would Be More Engaging For An Audience to Watch?

Not only is it more interesting to visually see that Claire has moved on, but Benny’s reaction when he leaves the store creates a more engaging hook for an audience. Why would Benny throw the bread away? Did he know Claire worked there all along? Had he gone in to speak to her?

This may not be the most exciting of scenes either way. But the key point here is that while dialogue can create engaging moments onscreen, what many screenwriters tend to forget is that film is a visual medium. Dialogue can say a lot about a character, but so can what an audience sees.

To apply this concept, writers must consider the vital lesson of ‘show don’t tell‘. For decades, filmmakers have made some of the greatest films in the world without a single word of dialogue.

Still not convinced? Consider the very concept of a silent film. For years, this was all filmmakers were limited to but still to this day, people watch and enjoy silent films. It is fair to say this isn’t necessarily an acquired taste either- as seen with the box office success of A Quiet Place.

How Does Visual Storytelling Work In Screenplays?

Consider all of the visual descriptions within a script:

Anything within your script that aims to create a visual picture can be considered visual storytelling. For example, something as simple as Benny staring at Claire’s engagement ring in the above scene example.

A screenwriter can’t write what a character is thinking. Instead, they must show it. In relation to Benny again, a writer can’t write a paragraph on the heartache Benny feels at the sight of Claire’s ring, instead, they must show how he feels. While the action of throwing a loaf of bread in the bin may be a simple one, it displays Benny’s anger in a matter of seconds. After all, actions speak far louder than words.

Visual storytelling can also be used to show a lot in a short space of time. One of the most famous and loved examples of this can be seen in the opening to Pixar’s UP…

WARNING: This one certainly is a tear-jerker!

This scene is highly recognised as one that engages audiences with very minimal dialogue and creates the perfect opportunity for an audience to invest within the characters’ journey.

Not only does the montage give an audience a clear sense of Carl and Ellie’s relationship, but it also shows their goals (saving for paradise falls). This four-minute sequence is so complex that it could have been the whole movie’s plot, yet Pixar executes it in an incredibly effectively montage.

How Does This Up Scene Work?

Within the first thirty seconds of the montage, the two families at the church display the contrasting sides of Carl and Ellie perfectly, with Ellie’s side shouting and cheering against the mundane, straight-faced relatives of Carl.

As the story develops, the images of newlyweds creating their own home and family is something that can be universally understood by anyone.

Additionally, the use of clouds to display their desire for a child is incredibly effective.

To convey the passage of time, we see the same actions and images repeated.

By the end of the four minutes, if you can still see through all of your tears that is, audiences are ready for the story of Up to unfold. Having already invested in Carl, an audience can be expected to root for him from the very beginning.

Why Is Visual Storytelling So Important?

So why is visual storytelling so important? Let’s put it simply. Would you rather listen to your best friend tell you about the best day of their life or live it with them? Audiences don’t just want to be told a story, they want to experience one.

When developing screenplays, many writers strive for ‘that moment‘. The moment that audiences leave the cinema thinking about and one that encompasses the film as a whole.

Some memorable examples include…

What Do These Scenes Have In Common Though?

Not only do these scenes all have a clear absence of much dialogue, but they also have the very fact that the characters’ actions are what we remember most. The images we take away from movies are most notably stronger than the lines of dialogue we can recall.

This isn’t to say dialogue isn’t important- it most certainly is. If anything, it reinforces the need for succinct and relevant dialogue that develops a story and informs us about a character or their goal.

Additionally, consider what it is that you want an audience to see. Try and avoid creating ‘a moment’ simply for the sake of it. Many writers might argue the moment they had in mind while writing their screenplay is never actually the moment that an audience picks out in the end.

Also consider why you want your audience to see this ‘moment’. Does it develop the story? Highlight something new about a character or relationship? Resolve a conflict?

Visual storytelling is relevant for providing the audience with information in a way that enables them to connect or relate to a character, which in hand allows them to feel as if they are experiencing the journey with them.

Visual storytelling is also incredibly important for the development stages of production. Not only do you have to show the audience what you want to say, but you also need to ensure it’s clear to an actor or director what you want to be expressed within a scene. There’s no specific guide to this- every writer has their own style. Though, there are some key things to consider…

How To Approach Visual Storytelling?

So you understand what Visual storytelling is, but how do you apply this to your own writing?

Opening scenes have always been important. But as the film market changes and evolves, the opening of your film has never been more significant.

In a traditional cinema landscape, the likelihood of a cinema-goer upping and leaving five minutes into a film is incredibly low. With the likes of Netflix however, this is far from a rarity. For this reason, your opening needs to be strong.

In trying to get your screenplay read as well, the opening is very important. Screenplay readers often reiterate that they won’t read past the first fifteen pages if it doesn’t grab them.

Think about what it is you want to say. What is the tone of your film? Can this be established in your opening sequence? What type of world are we in? Is your character well accustomed to that world or are they in a new place?

A visual image can tell an audience a lot within a small space of time- and you may well find it does some important expositional work for you.

As mentioned, dialogue can tell us a lot about what a character is feeling or thinking. It may be appropriate for elements of your screenplay to involve lengthy conversations between two characters. However, always consider what it is you’re trying to say. What is the purpose of the scene? Does it contribute to the narrative arc?

A good way to approach this is to consider exactly what you want to achieve and set your character a limit on how much dialogue they can deliver.

For example, let’s go back to Benny again. The goal of writing that scene is to establish that Claire is now engaged and that Benny is unhappy about it. Simple enough, right? Try writing that scene with a limit of two lines for both Benny and Claire. How does this force you to use the visual medium more effectively?

The first step in establishing a strong, visual setting in your screenplay is to think about why you want to set your story in a specific place. If you can’t pinpoint why- this may be your first problem.

While it is important to create a setting that is visually interesting and engaging, it’s also important to not lose sight of how this contributes to your story.

This also doesn’t mean that your screenplay has to be set in the most extravagant and outlandish setting possible. As seen in Twelve Angry Men, the simple setting of a jury room is very effective.

Setting is as much of a device as characters, action and dialogue are. Don’t overlook it!

What is Visual Storytelling?

Visual Storytelling includes any description within your script that paints a picture. One key thing to always refer back to is ‘show, don’t tell‘. An image can speak a thousand words and film is a visual medium after all.

How Does Visual Storytelling Work In Screenplays?

From character descriptions, actions and setting, visual storytelling should be at the heart of your script. This can tell us everything that dialogue may not.

Why Is Visual Storytelling So Important?

An audience would much rather see something happen than simply being told about it. It also enhances their ability to connect and relate to a character.

How To Approach Visual Storytelling?

Three key things to remember here is- to create a strong opener, avoid chains of unnecessary dialogue and use your setting to enhance your story, not distract from it.

5 thoughts on “Visual Storytelling: What Does it REALLY Mean, in Screenwriting terms?”