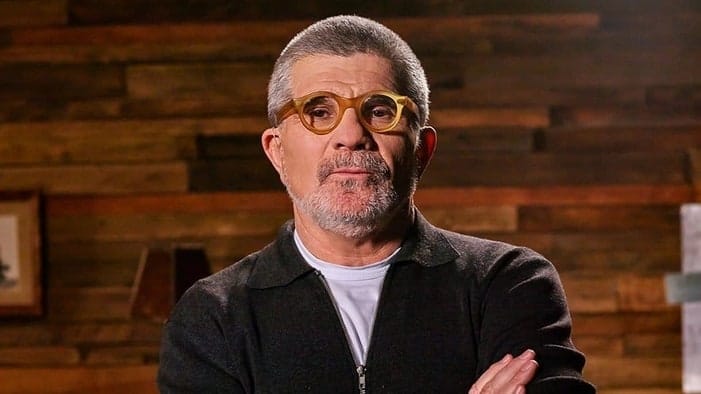 Scores for the David Mamet MasterClass:

Who is David Mamet?

Pulitzer Prize winner, David Mamet, is a playwright, screenwriter and director, most notably famous for his screenplays for The Untouchables, House of Games and Glengarry Glen Ross.

Now with his first ever online class, Mamet introduces us to everything he has learned, and continues to learn, through his 26 lessons on Dramatic Writing.

With the addition of a class workbook, community hub and office hours for Mamet’s personal responses, this MasterClass focuses on the following:

MasterClass offers a wide range of online courses from a wealth of famous faces, including the likes of Parris Goebel, Alicia Keys and Serena Williams.

Most classes include 12-20 lessons, all of which can be accessed from a range of different devices. In addition, workbooks and member discussions are available to enhance your masterclass experience.

Today we’re taking a close look at David Mamet’s MasterClass on Dramatic Writing. How much is there to learn? Is it worth your time and money? 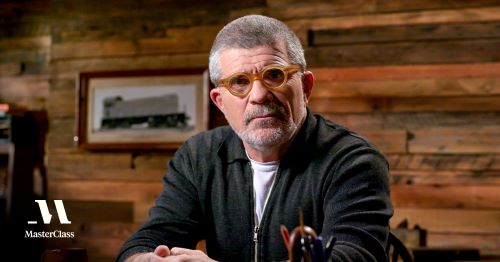 This MasterClass consists of 26 lessons, all ranging in length from 6-21 minutes.

Lesson 2&3- The Purpose of Drama

Following a brief introduction, Mamet focuses on how the drama in our lives relieves the burdens we have on our consciousness:

“The people who come to the theatre don’t come to be taught, they come to be entertained. If you’re not entertaining them, you’re not doing your job.”

While the concept David Mamet applies here is accurate- we have been telling stories for as long as we have lived, that isn’t to say these stories don’t teach us anything. In fact, many writers would argue the opposite.

Mamet also contradicts himself slightly. He holds that…

“How do we examine our sole? One way is drama – being relieved of the burden of our consciousness.”

The suggestion that drama has the ability to relieve questions in our consciousness is fair, though this creates a little confusion. Surely if drama does this, and examines our sole, it is teaching us something?

Within these two lessons in the David Mamet MasterClass, Mamet explores how Aristotle’s Poetics can be used as a guide to keeping your story simple. If you aren’t familiar with Aristotle’s work, this can be a little confusing.

“Writing is easy. All you have to do is sit down at a typewriter and bleed.”

The acknowledgement from David Mamet that writing is hard is encouraging, especially for new writers. He maintains that it is meant to be a struggle.

Mamet also provides guidance on how to cut your script:

The clear positive here is that while some may consider this a harsh view, it’s an incredibly realistic one. Mamet is honest about the industry and the need to keep the audience engaged.

When exploring the concept of story ideas and how to formulate them, Mamet expresses how relevant our own life experiences are to our writing.

“Should I write about my own experiences? Well. What choice do you have?”

“I’m not trying to make a point. I’m just trying to get the voices in my head to shut up.”

This is an incredibly interesting point. Whether a writer intends to or not, their own life experiences will always influence what they write and create. Mamet also provides some key examples of times in his life that have fascinated him and inspired him to write.

Within the character lesson, Mamet focuses on the following things:

While some of these views contradict many views within the industry, it’s a refreshing and justified take. A writer could in fact spend three months creating a detailed backstory for their character, only for a small fraction of it to influence the story.

In the next section of the David Mamet MasterClass, Mamet defines what he believes plot is:

To explain his approach to strutting the plot and how to connect plot points, David Mamet states…

“To craft a plot. It feels dreadful.”

Again, it is encouraging to see such a successful writer struggle with writing itself. His acknowledgement that writing is hard is engaging and relatable.

Mamet also explores two works of his own as case studies for structuring the plot:

One key positive here is proof that Mamet’s theory works. By using both a play and a screenplay as an example, it is clear that his process is applicable for both.

The use of diagrams also provides a visual to highlight his key points and makes them incredibly clear. It’s always about getting to that punchline!

Mamet encourages listening to those around you to influence dialogue, especially those of different cultures, though it may have been beneficial to hear some specific examples of how this can translate into his own work.

In terms of Narration and Exposition, Mamet emphasis further that a dramatists job is to entertain, and not bore an audience. Hence:

The positive here is that Mamet acknowledges many writers provide the audience with too much. He himself provides examples of times he has written something he believed was great, only to see it in a rehearsal room and realise it was completely over-written.

“When the lights go down, you got their attention. Can you keep it?”

Mamet’s attitude to an audience is practical and accurate- they’re the ones paying to be entertained, so they should be entertained. His concept that you cannot learn how to write drama without writing plays, performing them and being mortified is encouraging. Writers have to fail to know how to succeed.

“The audiences journey, the hero’s journey, and the writer’s journey are all the same.”

When exploring lies and truth in relation to an audience, Mamet states that…

“My responsibility as a writer is don’t lie.”

Mamet also uses two examples within this lesson to illustrate the difference between lies, untruths and truths. These ideas can get a little complex, though the anecdotes Mamet provides add more clarity.

In this section of the David Mamet MasterClass, when asked what the best thing to say to someone wanting to go into show business was, David Mamet suggests…

“Don’t do it. You know why? Because if they listen, they don’t belong in show business.”

To conclude what is most important when entering the business, Mamet believes:

“I’m not giving you any advice that I don’t give myself.”

The Lessons & Their Ratings

The David Mamet MasterClass also comes with a downloadable workbook that accompanies each lesson with:

With a focus on his theories and philosophies, often in line with those presented by Aristotle, this workbook provides a guide for writers to constantly refer back to. Summarising Mamet’s sometimes complex ideas, this workbook structures his ideas in a cohesive and accessible way.

For example, following David Mamet’s lesson on plot, the following assignment is proposed:

Examples of Take It Further tasks include:

With Mamet holding a great focus on actually getting your head down and writing, the exercises within this workbook enforce exactly that. The note pages with each lesson also allow all of your ideas to stay in one place.

While many of the exercises suggested are excellent for sitting down and actually writing something, some exercises are arguably vaguer than others and require additional spending for further reading and viewing.

Throughout the workbook, readers are encouraged to engage in conversations with each other on ‘The Hub’.

‘The Hub’ provides a community space for users to raise any questions they may have, share their work and provide feedback to others. A few lucky users receive replies from Mamet himself, though this is found to be quite rare!

The space provides a discussion space for all users during and after the course. Many of the tasks set up within the workbook are directed to ‘The Hub’ for sharing.

While ‘The Hub’ certainly does encourage discussion among its users, many of the comments posted provoke little reaction. It’s fair to say doing the exercises alone may help a writer develop, but feedback and discussion can enhance this further. Perhaps the community would be more effective if there was more engagement between each other’s work.

The David Mamet MasterClass is worth the money because:

While the lessons themselves are informative, the exercises set out within the workbook may provide the most rewarding outcome of the class. Mamet places a strong emphasis on ‘just diving in’. Users will get the most out of the class if they follow this direction. Dive into the Take It Further tasks, dive into the assignments and dive into ‘The Hub’!

While the £170 annual subscription to the site is a big sum, it may be a more sensible option than a one-time payment for the David Mamet MasterClass if you plan on doing multiple courses.

An annual subscription provides access to every Masterclass on the site, which is updated regularly. If you ensure that you make the most of everything the MasterClass provides, from the lessons to the workbook and community, it can be worth the price.

“You have to stand being bad if you want to be a writer. If you don’t, you’ll never write anything good.”

The reinforcement from Mamet throughout that writing is not easy, and always requires learning no matter how successful you are, is what is most clear from the MasterClass. It’s an honest truth, and a realistic view to get across.

It provides encouragement for those writers that haven’t ‘made it’ yet, or are currently battling writer’s block. The masterclass itself is inspiring and Mamet is relatable. He’s experienced every struggle writers feel, which is endearing.

The MasterClass seems informal, with Mamet’s anecdotal style, though this can sometimes cause a little confusion and stray from the point. Though overall, this MasterClass is certainly worthwhile.

The focus on simply sitting down and writing may seem like a simple one, though Mamet is realistic in his ideal that someone can spend a lifetime plotting out a perfect screenplay, only for it never be written.