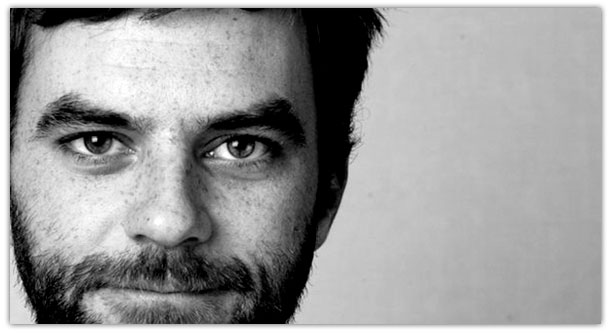 A man who, remarkably, made a film of the quality of BOOGIE NIGHTS at just 27 years of age, PT Anderson has won a host of admirers over a two-decade career for his own, original brand of cinema. Like a kind of thematically-souped-up Tarantino, Anderson’s films and scripts are in some way a throwback to a bygone era – where everything isn’t tied neatly in a bow, where sometimes little is clear, and where morally dubious men often drive the story.

He hasn’t always fired golden bullets, with 2012’s The Master leaving even some of his die-hard supporters a little cold, but he is one of those writer-directors whose films can feel so natural, so effortless, that PT Anderson was surely put on the earth to do little else…

1. “I really subscribe to that old adage that you should never let the audience get ahead of you for a second. So if the film’s abrasive and wrongfoots people then, y’know, that’s great. But I hope it involves an audience.”

2.“Of course, I’m no dummy. But there’s a trap you can fall into. If you set out to make a movie about oil and religion I’m not sure you wouldn’t crash the car. F*ck! It’s a movie first. You have to put on a good show first, I think.”

3. “With There Will Be Blood we were really unfaithful to the book. That’s not to say I didn’t really like the book; I loved it. But there were so many other things floating around. And at a certain point, I became aware of the stuff he was basing it on. What he was writing about was the life of [oil barons] Edward Doheny and Harry Sinclair. So it was like having a really good collaborator, the book.”

4.“When I wrote Magnolia, I was writing for the actors, so I could hear it my head how they might do it, and I was writing it with that advantage. But actors don’t scare me — you know what scares me? Bad actors scare me. A good actor is like watching a great musician, but having a bad actor terrifies me, because it means I’ve got to find something to say or something to do.”

5.[On creating John C. Reilly’s Character in Magnolia] “He [Reilly] would do this character, this guy who was on Cops, and I had a video camera and we’d drive around and improvise, we’d call up Phil Hoffman and say, go to Moore Park and fuck with the trash cans and we’ll drive by in ten minutes and catch you doing it. Then we got a cop uniform and improvised all these altercations. And eventually I started writing all that stuff down. A lot of Jim’s dialogue is based on that improvisation. It really is a pretty fucking cool way to work.”

6.“My filmmaking education consisted of finding out what filmmakers I liked were watching, then seeing those films. I learned the technical stuff from books and magazines, and with the new technology you can watch entire movies accompanied by audio commentary from the director. You can learn more from John Sturges’ audio track on the Bad Day at Black Rock laserdisc than you can in 20 years of film school.”

7. “It’s a gamble you take, the risk of alienating an audience. But there’s a theory – sometimes it’s better to confuse them for five minutes than let them get ahead of you for 10 seconds.”

8. “[In Film School] there was an assignment to write, you write a page that has no dialogue in it…you show a character trait through action, with no dialogue. I had read this great script by David Mamet, which was Hoffa…and there was a great scene…where Danny DeVito is driving along…and it shows what he’s going through by the method he uses to keep himself awake while driving, which is he lights a cigarette…and he let’s it burn down to his fingers to keep him awake. And it’s just so simple, and perfect, and lovely, and it’s Mr. Pulitzer Prize himself, David Mamet. So I took that page, and I handed it in. And it got a C+… There’s a wonderful thing that if you drop out quick enough, you get your tuition back.”

10. “[On THE MASTER] I think I was probably at some point in the writing a little bit insecure, just wondering, is there enough? Is there enough to the story? And, ultimately I had to kinda go, ‘Yeah, yeah, there is.’ There is enough, you know, because it’s sort of an instinctual thing. It’s kinda scary to just truly invest in these two characters without some kind of razzmatazz, but perhaps that is its own razzmatazz if things are going well, you know? So, these characters always kind of navigated me toward what the end would be. They did the work themselves for me.”