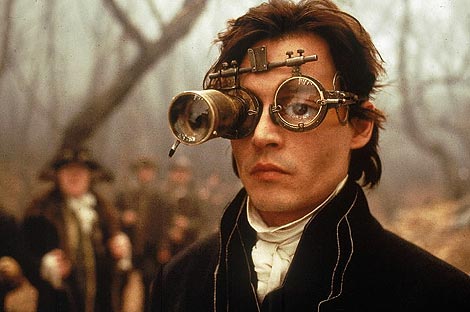 Why Pro Film & TV Script Analysis is Critical to Writers

Sitting at home, watching a bad film or TV show, it’s the easiest thing in the world to play “backseat writer.”

“I could write better than that. All I have to do is write something slightly better than what I watch, and that will completely unlock my writing career.”

While this might be a useful as motivation to get started, it’s ultimately a counter-productive attitude.

Obviously, no-one sets out to make a bad film or TV show.

All those projects, however the finished product turns out, start out with a (smart) repped writer or writers trying as hard as possible.

Those agents and managers who signed the writers in the first place aren’t dumb, either: many are Ivy League graduates with serious work ethics and ambition.

Why Script Analysis Is Critical Today…

Screenwriting is such a career of marginal gains: it’s like Al Pacino’s character in ANY GIVEN SUNDAY says in his famous speech…

“You know when you get old in life things get taken from you. That’s, that’s part of life. But, you only learn that when you start losing stuff.

You find out that life is just a game of inches.

Because in either game life or football the margin for error is so small. I mean one half-step too late or to early you don’t quite make it. One half-second too slow or too fast and you don’t quite catch it.

The inches we need are everywhere around us. They are in ever break of the game every minute, every second.

And we know when we add up all those inches that’s going to make the f*cking difference between WINNING and LOSING.”

Screenwriters do whatever they have to do to get the career they desire.

In a business as tough as this, the only attitude worth preserving is: “I’m going to do whatever I have to do to get there”.

The writer truly committed to stacking up all those inches uses pro script analysis services.

The blunt truth is that producers and agents are faced with stacks of submissions and hordes of aspiring writers.

In television, there’s never been more money available for those who can write for TV.

You’re competing against the best scripts, not the worst films and TV shows.

So if you can build it, they’ll undoubtedly come. But in this deluge, a script has to be absolutely exceptional to stand out. You’re competing against the best scripts, not the worst films and TV shows.

A non-established writer who manages to get their script in front of a decision-maker is very lucky. The same writer getting a new draft read after the old one has already been passed around – and passed over – is impossible.

Sometimes there is no next time, no time-outs, no second chances. Sometimes it’s now or never.
– Alan Bennett

Beyond general words of encouragement, there’s little value for a writer to have their script read by family and friends. Someone who’s not in the industry will struggle to understand how a script and story is meant to function.

Even if they understand screenplay format and can pick up on a script’s flaws and positive elements, being able to articulate this in a productive way is still a very rare skill, honed over years of reading scripts and writing script analysis.

Unlike, for example, literature or a painting, a script is a blueprint for the work’s final form.

Screenplays are not works of art. They are invitations to others to collaborate on a work of art.
– Paul Schrader

They need to be read and analysed with that additional layer of objective interpretation in mind. So you need someone who understand what makes up the technical side of a script, scene to scene, beat to beat.

At the same time, the audience for a spec screenplay or pilot is the reader themselves. Then, if it’s passed up the chain, the audience becomes the assistants, producers, agents, and so on above them.

While making it to a film or episode is the writer’s aim and the script’s final form, the experience of reading the script has to be engaging and enjoyable itself. From an objective standpoint, it has to be something that works and could grab anyone’s attention.

It’s a strange balance – both for writers and readers – that’s unique to the form. Professional script analysis services help writers figure this out.

Whilst we always recommend writers get script analysis from cine-literate friends, first, advice from professional script coverage services is second to none. Nothing beats it in terms of an in-depth analysis of how you script is or isn’t working, from every character, to every scene, to every line of dialogue.

It will give you:

Rewriting can be a painful process, but it’s also a mandatory one. Even seasoned, experienced writers understand how difficult but necessary rewriting is.

When your story is ready for rewrite, cut it to the bone. Get rid of every ounce of excess fat. This is going to hurt; revising a story down to the bare essentials is always a little like murdering children, but it must be done.
– Stephen King

No-one will hold the writer’s hand through the dark exactly. Writing and rewriting are still fairly solitary experiences – pen has to come to paper, fingers have to come to keyboard, words have to get down on the page.

However, script analysis services can mitigate some of the loneliness of those rewrites.

A constructive and straight-talking analysis can make the difference between script drafts moving in circles and them progressing towards the best possible version of the project.

Why Screenwriters Should Get Feedback as Early as Possible

Readers for script analysis services like ours understand there are many ways to tell a story. Equally, there are many platforms for those stories, and many different ranges of audiences.

The best script analysis comes from readers who can project themselves into the minds of the writers and their audiences.

Despite the whispered tales of bitter gatekeepers, readers don’t go into reading a script wanting it to be bad. The excitement of discovering great writing and being caught up in a story persists, whether it’s hundreds or thousands of scripts in.

Script analysis services can help a writer see the potential in their own work. Even if it hasn’t been fully realised in this draft. Even if the writer themselves hasn’t recognised it.

And even if the writer is lost in the weeds, burned out and lacking perspective from trying to power through draft after draft.

It takes an expert to diagnose these gaps between intention and execution.

Conversely, with a script that’s close to ready, script analysis services can help the writer put the finishing touches on it. Tidying up characterisation, the main character arc, dialogue, pacing, scene structure and so on is still very important for making that crucial first impression.

Script analysis services can help the writer understand where their strengths are, clarifying where to head next in their writing journey.

That’s why script analysis services – rather than sending out blind and getting back a simple yes/no verdict – are crucial for developing as a writer.

Nothing beats professional in-depth analysis, personalised and tailored towards script and writer.

2 thoughts on “Why Screenwriters Need Pro Script Analysis Now, More Than Ever”