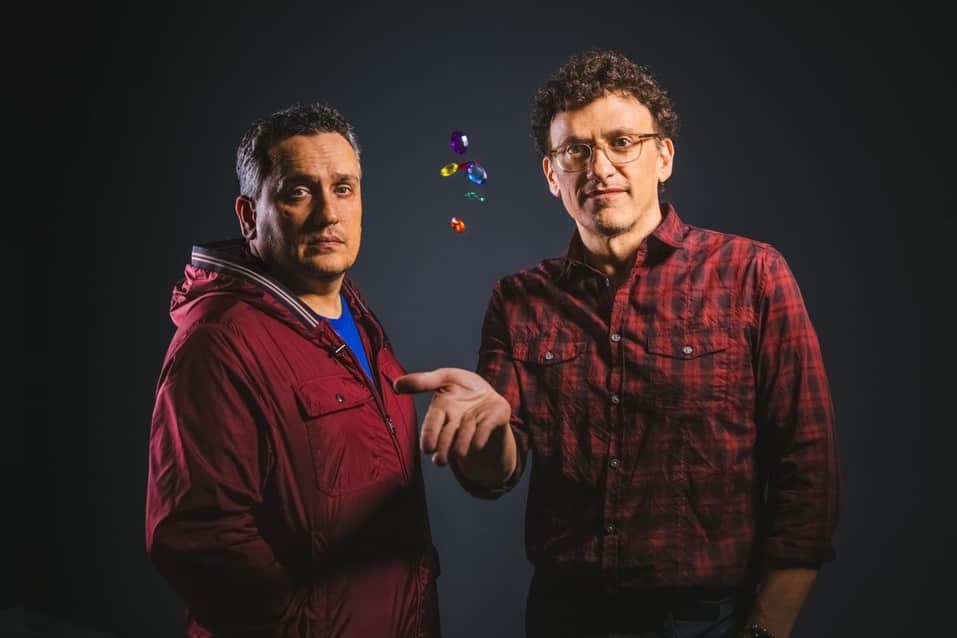 The career of the Russo Brothers has been anything but conventional.

From independent cinema, through award-winning TV to shattering box office records with the second half of the Avengers series, this American directing duo have constantly shown that quality and the possibility of evolving as an audiovisual narrator is based on taking risks and mixing genres.

The Beginnings of the Russo Brothers

Born and raised in Cleveland, Ohio, the Russo Brothers, Anthony and Joe, first decided to shot a movie after reading the book/film diary Rebel Without a Crew, in which director Robert Rodriguez detailed how he managed to make El Mariachi with only $ 7,000.

Inspired by guerilla-filmmaking, they made their first feature film, Pieces. They financed it with student loans, investments from friends and maxed out credit cards, Kevin Smith Style.

From that experience, the Russo Brothers managed to get the attention of Steven Soderbergh, who produced their next project Welcome to Collinwood.

This was their first experience with big Hollywood hitters such as George Clooney, William H. Macy, and Sam Rockwell – an experience that would serve them well as their career progressed and they made this a staple of their output, most apparent in the star studded lineups of the Avengers films. 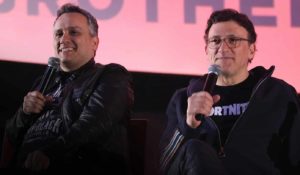 An Unlikely Turn for the Russo Brothers

The next step in the Russo Brothers’ career would be an unlikely shift to TV. After drawing the attention of Ron Howard with their work on Lucky, they were hired to direct the pilot of Arrested Development. They went on to direct a number of episodes throughout the series run and the show’s cult following only solidified their reputation.

Until recently, moving from film to TV was considered a step backward and it might have seemed on odd move at the time they did it. However, time would show that the decision of the Russo Brothers to work on series such as Arrested Development, Community and Happy Endings proved their knack for having their finger on the cultural pulse.

After several years of resounding and award-winning success on TV, the Russo Brothers’ career took another surprising turn – Kevin Feige chose them to take the reins of one of the most important characters of the Marvel Cinematic Universe: Captain America.

The rest is history: The Russo Brothers would end up occupying the void left by the acclaimed Joss Whedon and directing the final two films (of four) in the Avengers Series: Avengers: Infinity War and Avengers: Endgame, in what was the narrative culmination of 22 films in the Marvel Cinematic Universe.

Here, is a selection of some pearls of wisdom offered by the Russo Brothers over the years.

Their tips about their experience making movies are a goldmine for screenwriters and filmmakers looking for inspiration.

1) “We worked in comedy for 15 years. Community was a genre-spoofing TV show that we executive produced. And Kevin [Feige] saw these paintball episodes that we shot at the end of season two and he thought, ‘these guys should be doing action’. So the fact that we were doing comedy and that we could spoof action in a way that he could sense that we understood the genre, he brought us in and talked to us on Winter Soldier.”-Joe Russo

2) “We like smashing genres into each other, so if you can find something that’s really idiosyncratic in respect to the superhero genre and you can smoosh it into it, you usually wind up with something fresh and different.” – Joe Russo

…and The Vital Process Of Character Development

3) “Characters have to make sacrifices. To really, really feel the true emotion and the hero’s journey, they have to go through trials, and those trials could cost them something.”- Joe Russo

4) “We like layers of character and personality in our storytelling. We like very distinctive, unique personalities interacting with each other. And I think because there are two of us, and we’re a collective, we identify with that. We call it the mastermind principle: Two minds aren’t doubly better than one – they’re exponentially better than one.”- Joe Russo

5) “I find that when I watch films where the villain is more complex, I find that it makes the heroes more complex and ultimately, in the story, more interesting.”- Joe Russo

6) “It’s incumbent upon a director, if you want to pull the best performance out of an actor, you have to really work to who they are and how they work and not just expect them to hit a mark every time. You have to be very adaptable in the approach that you use with every different actor.”- Anthony Russo

7) “We work in digital and we don’t shut the camera off. We let it run. We’ll do multiple takes in a row because we don’t like the actors thinking too much. We give very succinct notes and there’s not a lot of discussion once we start rolling. Because you don’t build a performance from one take, you can build it from seven takes and layer that performance any way you want. You give small calibrations so that the actors don’t get stuck in their head. You can give them small calibrative notes that guide them where you want them to go, slowly, over the course of six or seven takes.”- Anthony Russo

The Age Of The Long-Form Storytelling

8) “I think movies moving forward are going to become long-form storytelling. Films used to be an event that required work and effort to get to a theater to see. Now, really good content is available immediately to us on many devices. At the same time, the audience’s appetite for storytelling is evolving, and people want to spend time with characters for many years.”- Joe Russo

9) “[The cell phone] is the main driver of disruption. We have a very powerful personal computer in our hands. Digital distribution is changing. Obviously the Disney acquisition of Fox is a response to this conglomerate of media companies. You have Apple that’s worth a trillion dollars, Amazon that’s worth a trillion dollars. Throwing your hat into the content arena means you have to scale up to compete. And Netflix is also a driver of disruption. I think there’s a confluence of events that led to this. I don’t know how long for this Earth the two-hour narrative is. It’s become a predictive narrative. The most disruptive thing Netflix is doing is dropping 10 hours of content in one day. That’s a whole different structure for narrative. The new generation that’s growing up on technology is going to create more complex, and ultimately immersive, narratives.”- Anthony Russo

Some Other Great Russo Brothers Quotes

10) On the relevance of TV:  “The U.S. market is becoming stagnant. It’s very hermetic. It’s about tentpole films, and there’s no independent scene anymore. Anything that was independent is now on television. So TV has really do-si-do’ ed with the movies and I think the most interesting content being made is on television – the more adventurous, character-driven content. If you’re a fan of auteur filmmaking, I’d say get yourself invested in some really good TV shows.”- Joe Russo

11) About dealing with big budgets: “We have a lot of respect for the fact that you can’t make movies without money and that when money comes to the table, that money deserves to have a place in the process as much as anything else in the film-making equation.“- Anthony Russo

12) About the tonal balance: “We like well-balanced filmmaking. Movies, in essence, are a commodity. You go to the theater. You pay it money. If you got kids, it’s going to cost you a lot of money. You want a well-rounded experience, especially from branded IP. If you can laugh, and cry, and be scared, and cheer, you’re getting more for your money than if you just laugh or if you just cry.”- Joe Russo

13) On the collaboration process: ”You need the ability to compromise. With siblings, you’ve grown up with a pattern that, yeah, every once in a while you have to give in for the greater good, for the family collective.”- Anthony Russo

14) On the importance of diversification in the industry: “As producers, we look for diversity. I like to be inspired. I think investing ourselves into a new culture and a new market is important. It dimensionalizes you as a human being. Being a global citizen makes you a more interesting person.”-Joe Russo

15) On how to approach action sequences: “Action for us is a function of story. It either has to move the story forward, or it has to define the character in some way, or it’s vacuous. You can only handle about 30 seconds or a minute or vacuous action before your brain starts to wander. The action films we loved always either had a character in existential crisis or always had beautiful character defining moments, and there also was an artistry to the execution of the action that would bring camera work, performance, sound design, temporal editing, all into it. So we approach action on two fronts. One is, what’s the storytelling front, and two, what’s the artistry of it? We like visceral impact. Michael Mann is a huge influence on us. We don’t hide that.”- Joe Russo

Finally… A Couple Of Film Recommendations from The Russo Brothers

“I’ve seen Goodfellas a hundred times, and one of the things that I take away from that movie is dynamic pacing and energy. I just think that film is sort of a paragon of excellence in filmmaking and the compression of narrative.”- Joe Russo

“The bank heist in Heat is the greatest 10 minutes of action I’ve seen in 20 years of filmmaking. It’s character defining, visceral, intense. I literally feel like I’m in the middle of a heist. I sat in the theater, and when I walked out, I felt like I robbed a bank.”- Joe Russo

Thank you Russo Brothers, for your many hours of entertainment and for your wisdom!