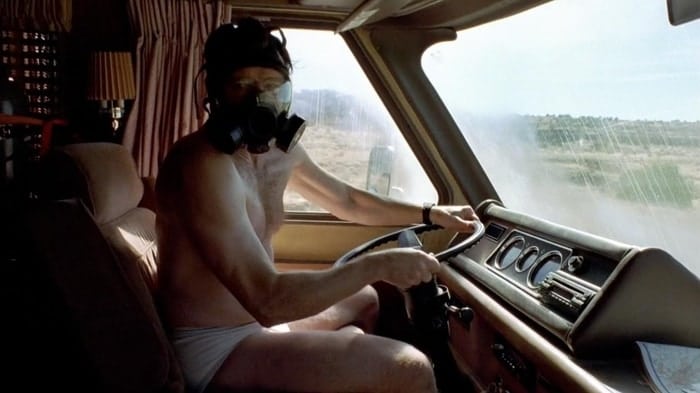 Whether you write for film or TV, a cold open can provide a vital and dynamic way into your screenplay.

They say that in the business, nobody will read past the first ten pages if they aren’t interested in what they see. Much in the same way, the first five to ten minutes of runtime can mean the difference between a viewer sticking through to the end or going back to the Netflix homepage.

Those five to ten pages or minutes strategically coincide with the cold open. This part of the script has to be irresistibly intriguing, either through the mystery it teases, the quality of its jokes, or the characters it introduces.

The cold open is the key to grabbing your audience’s attention. A lot of pressure rests on those first few minutes. It’s important to know how to make the most of them.

But it’s also important not to rest on cliches in your cold open. If used lazily, it can seem like a cheap way of suggesting what is to come without doing work in the rest of the first ten pages. So don’t rest on your laurels. Make your cold open mean something.

What Is a Cold Open, Anyway?

A cold open is an introductory scene that precedes a film or show’s opening credits. Often, it’s used to set up the general story arc, or the theme of a particular episode.

Every cold open has the same goal: to hook the audience so they keep watching and to suggest the nature and tone of the story.

Let’s talk about the notion of hooking an audience. The term “hook” describes the quality of a story that captures the viewer’s attention. It’s the selling point, the big draw, the money piece of your story – and you should know what it is before you take to the page.

The art of persuasion is very much alive in screenwriting, and the cold open can be your opening argument.

For the latter, you need to give the audience a taste of what is going to unfold before them. What are they about to get themselves in for?

Why a Cold Open?

Furthermore, why a cold open? Why not just a regular linear opening scene?

The cold open has become an increasingly used trope in TV and film in recent years. This leaves it in danger of feeling a turn off rather than a hook. To counteract this, you need to make sure your cold open means something to your story.

What is it about your story that makes a cold open relevant?

Similarly, in a film, a cold open can introduce story elements in a compelling way. Think of The Matrix, for example.

The Matrix‘s cold open works so well in part because there are many idiosyncratic elements to introduce. In this, the cold open has a distinct and valuable purpose.

Cold opens are not one size fits all. There are a few different types that, depending on the desired effect, will play out differently and draw the audience in for different reasons.

Note that some of these cold open types can be grouped under the same umbrella.

These cold opens tease the story by introducing a subject that will be a continuous point of conflict. Sometimes this subject will be the thematic center point; other times, it will only be a wrench thrown into the characters’ lives as they go about their usual ways.

The subject is therefore a catalyst or inciting incident for the storyline. It is an overt way to set up the conflict, one that works particularly nicely for the episodic format, though it can be applied to others just as well.

Comedies commonly lean on teasers like these. They provide an opportunity to dish out the best jokes. Such is an extension of the “hook.” Comedies are valued by their ability to make their viewers laugh. If they succeed in doing so during the teaser, the audience trusts them to continue delivering on their inherent promise.

Schitt’s Creek uses this cold open type in an episode entitled “Stop Saying Lice!“ which opens with John approaching Alexis about a lice outbreak at her school and the scene descending into hysterics. The remainder of the episode leans on the lice thread for cohesion, though it interlaces it with existing serial plot lines.

Oftentimes, we find that the disruptive subject is not the centerpiece of the story. It often serves as the gateway for some other, deeper meaning in the story that unravels a new drama or tells us more about the situations and characters already laid out before us.

This is a cold open that teases the later events of a film or episode, typically by showing the climactic moment itself or the direct lead-up to it. It shows you the moment you’ll spend the rest of the episode waiting for, then all the details along the way that gives it significance.

We would be remiss to talk about cold opens without mentioning the pilot episode of Breaking Bad, which falls under this classification of cold open.

Here, we see a nearly-naked Walter White driving, then crashing an RV in the middle of the desert, distant sirens in the background. After this scene, we jump back in time to see the events preceding this moment.

This “you’re probably wondering how I got here” format often ends up showing the same scene, but the second time the audience sees it with a new perspective. The effect can be that the audience watches more attentively, anticipating the significance of the little details and appreciating the payoff. Much like how rewatching a movie or show will reveal to you details that you hadn’t thought much of the first time around.

Cold opens are used throughout Breaking Bad and come to serve as an important part of what makes the show feel so continually dynamic and exciting.

Seeing as how character is one of the most important components of a story (if not THE single most important), it’s not difficult to understand how a main character’s intro can make for an effective cold open. This is typically done when the protagonist is of particular, grandiose intrigue, or when the story is especially character- or persona-driven.

James Bond is a great example.

In stories that use this type of cold open, what sticks with us is not the dazzlement of the scenes themselves. It is what we learn about the character that makes the rest of the story interesting. We are given an idea of who they are, how they respond to certain situations, and ideally what they will need to overcome internally, if not also externally.

Components of a Cold Open

There are a few general things your cold open should have.

This is not to say that you can’t work around these suggestions. Rules are made to be broken, but you can only break them if you understand why they’re there to begin with. You’ll have to understand why these pieces are considered essential before you can opt to change them around.

The cold open throws the audience into the story without giving them a full explanation ahead of time. So, inevitably, your audience will have many questions. Your cold open should answer some (not all) of these questions but also plant new ones.

Who is this story about?

There are exceptions to this. But cold opens that don’t tell us who the story is about should at least tell us what the story will be about. Often, this means introducing the conflict that will plague the protagonist.

Sometimes, the cold open will answer the question: What does the protagonist want?

More often than not, however, a powerful cold open will include the protagonist, even if only briefly. Take IT for example.

Will they get what they want? This is the big question of any script, the very thing the protagonist is fighting for throughout the whole story. Before even that question is answered, another will be asked: How will they go about going after their goal?

The pilot episode of Breaking Bad proves a relevant example here. Note how the cold open answers the appropriate questions.

But this scene begs for more answers…

The proportion of questions answered and unanswered is well-balanced here, as it should be in any cold open. Understanding the function of these questions will help you walk the line of not revealing too much, but revealing just enough to make your story irresistible to anyone on the outside.

What Are the Cliches?

As Blake Snyder stated in his renowned screenwriting text Save the Cat, you need to know what the traditions are in order to avoid the pitfall of cliche.

As in any field, screenwriting has its conventions. There is a certain function for cold opens and certain expected components. But if you make them carbon copies of what everyone else has done, they lose the intrigue that is essential to hooking an audience in.

So what are the cliches?

Well, to state the cliches would be to also state the conventions that actually work really well. Often what makes cliches live up to the term’s negative connotation is the execution and the intent. A mysterious character, a burst of unexplained action, a chaotic intruder – these are cold open cliches that probably have as many effective usages as worn, ineffective ones.

The best way to avoid being cliche is to make your choices as true to your story as possible. As starry-eyed – and yes, cliche – as that sounds, it’s some of the best screenwriting advice anyone can give you regarding any aspect of your script.

Worry less about making an immediate impact and more about gripping your audience with the key elements of the story. If you do the latter effectively, you are on track to a powerful cold open.

What is a Cold Open?

A cold open is an introductory scene that precedes a film or show’s opening credits. Often, it’s used to set up the general story arc, or theme of a particular episode.

Why Use a Cold Open?

A cold open can be an effective way of establishing story, character or theme and is a surefire way to keep an audience hooked. It can bring the audience directly into a story world, whilst ensuring they want to keep exploring this story world.

Should You Use a Cold Open?

Avoid using a cold open if its only function is to add excitement to the first ten pages of your screenplay. The best cold opens are essential to the telling of the overall story, both in terms of form and content.

This article was written by Ariana Skeeland and edited by IS Staff.

8 thoughts on “The Cold Open: Starting Your Screenplay With a Bang”