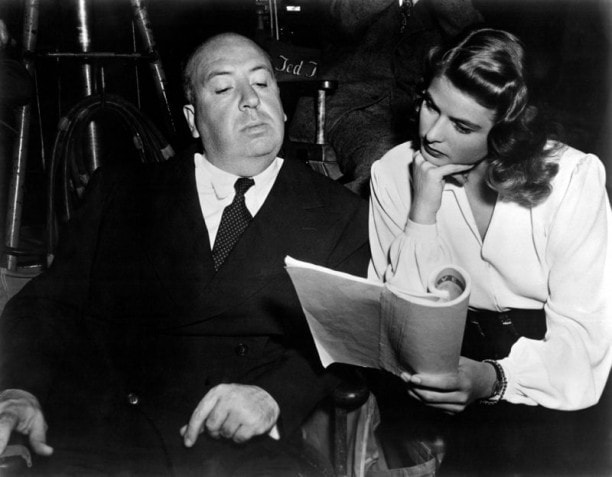 The Importance of the First Ten Pages

The first ten pages of any screenplay are always the most important. These pages make up the first ten minutes or so. That’s about how long it takes for a viewer to decide whether the rest of the 110 minutes is worth their time. In a world of infinite sources of entertainment, viewer’s decisions are made fast.

Although, not as fast as the decisions made by industry professionals. Producers and studio executives run a tight schedule. It’s impossible to read through mountainous stacks of scripts. Therefore, only the most intriguing and well-crafted scripts will make it past the first ten pages.

It’s nothing personal. These quick decisions may seem rash, but the people making them are professionals for a reason. When you read countless scripts on the daily for years on end, spotting the good ones comes naturally. The following information will help you become one of the naturals at perfecting your first ten pages. That and practice, practice, practice.

Hook the Reader with the First Ten Pages

“Hooking the reader” is another term for grabbing the reader’s attention. Not only do you need to grab their attention, but also sustain it throughout the entirety of the story. Luckily, there are a lot of ways to hook an audience. The most effective hooks are specific to the tone of the story and cater to the target audience.

Treat the first ten pages as if that’s all the time you have to tell your story. As a writer, it’s your responsibility to know your story from front to back. However, don’t worry about compiling every little detail at the beginning. It’ll overwhelm the reader and leave you no room to grow.

Instead, pick the most important details that serve as relevant information. However, don’t mistake this as an exposition dump. Use context clues. No matter how small of a detail it is, anything that sets the tone or builds the world and characters is worth putting in the beginning.

It’s also the writer’s responsibility to know their audience. Your audience is smarter than you think. Therefore, the worst thing you can do is dumb down the writing for them. The pace at which they learn new information and solve problems should be intentional.

There has to be an aspect of surprise and uncertainty while feeding into the audience’s ego of picking up on subtle information. If obvious predictions can be made within the first ten pages, readers won’t be inclined to continue because they feel as though they’ve already figured it out.

Bo Burnham’s Eighth Grade is an R-rated coming-of-age film about the realities of a young teen in eighth grade. The film portrays the subject in a realistic way, touching on topics of mental illness, sexuality and consent. Therefore, authorizing the rating that prohibits children of the same age to attend theatrical showings.

However, Burnham states that he never set out to make a movie for teens, but rather about them. There’s a big difference, seeing as movies made for teens are often guilty of pandering to the younger audience.

Even with the rating in place, the realistic tone of the film makes it enjoyable for all ages. It’s relatable for the teens and nostalgic for the adults, even those who didn’t grow up in the same context. Believe it or not, this was all accomplished within the first ten pages.

It sparks intrigue in adults because it shows insight into how different life is for teens today. At the same time, it explores how a lack of self-confidence can affect teens, something that every generation can relate to. For teens watching, this is an accurate representation of their life. Of course, they’d be hooked.

Opposite to Eighth Grade, Pixar’s Up targets a younger audience. Yet, the movie can be enjoyed by the whole family. The loveable characters and heartfelt message easily make this story a classic. But, it’s the first ten pages that set this movie apart from your typical children’s animation.

Up‘s opening sequence has become one of the most recognizable scenes in movie history. The hook, in this case, is the heart-wrenching backstory of the elderly protagonist, Carl Fredricksen.

The hook is simply wanting to see what becomes of these two juxtaposed characters who share a love of the same interest. As their life unfolds in a matter of minutes, the audience feels as though they’ve been a part of these character’s lives, witnessing their highest highs and their lowest lows.

So, let’s look at four key elements to writing your first ten pages…

1. Introduce the Protagonist in the First Ten Pages

Another great takeaway from the two above examples is to introduce the protagonist within the first ten pages. The connections audiences make with your characters is the most important element of any story. Therefore, you should be forming them as soon as possible.

If a reader gets ten pages in and they still don’t know who the story’s about, there may be a problem. Even worse, spending that precious time focusing on things that won’t be brought up again could cause confusion. As we’ve discussed, everything within the first ten pages needs to add something, down to the smallest detail.

If you’re utilizing the first ten pages to the best of your ability, most likely, the main protagonist would naturally appear. Since you don’t want to give everything away about your character, keep it concise. Take this opportunity to show sides of your character that give insight, spark intrigue and leave room for growth.

Explore their personality. Tease some of their strengths, flaws and quirks. Show off their wants and needs. Use this time with your protagonist to set up important moments that happen later on in the story. That way, when an elderly man straps thousands of balloons to his house, it’ll all make sense.

2. Introduce the World in the First Ten Pages

Call it what you’d like, world, location, setting, it’s a vital element in every script. The world in which your story is built around acts as another character. It’s important to establish location and time period early on. If you think it doesn’t matter to your story, unfortunately, you’re wrong.

If you want to leave the world ambiguous, go ahead, but there should be valid reasoning behind this decision. Establish the ambiguity and make it clear that the world is left up to interpretation. You can provide context for the setting through dialogue, costume or set design.

Not only is the visual aspect of your world important, but also how the protagonist plays a part in it. The first ten pages should show what everyday life is like for the protagonist. Except, today’s going to be different. Ultimately, a conflict will arise that sets the hero off on their journey.

Genre is used to characterize a film based on similar and shared conventions. Dramas are associated with a serious and realistic tone while comedies are more lighthearted and amusing, for example. If the genre isn’t clearly established in the first ten pages, the reader won’t have any expectations for the rest of the story.

Each genre comes with its own set of expectations. Expectations are important because audiences want to know what kind of movie they’re getting into. Are they about to laugh? Cry? Scream? Working within your selected genre will elevate the story by giving it a distinct style.

After you set the reader’s expectations, defy them. While genre is important for structure and tone, it’s okay to bend the rules for the sake of creating something new. In fact, a great way to do this is by mixing genres. Romantic comedy. Action-adventure. Dramedy. With any genre, balance and consistency are key.

The theme is the heart of any story. Everything that happens within your screenplay is regulated by your chosen theme. Usually, themes can be boiled down to one sentence or even one word. For example, coming-of-age is the fundamentals of growing up. Love explores relationships and selflessness. Social themes break down societal issues.

Overall, themes help audiences engage and connect with the story on a deeper level. Since everything is affected by the theme, there should be some hints of it within the first ten pages. For example, Charlie Kaufman‘s I’m Thinking of Ending Things tackles a handful of themes, one of them being memory.

The theme is introduced right away.

The words hold deep significance, but without the bigger picture of the rest of the story, they’re only surface level. Even if the significance can’t be identified right away, these small hints can connect later on.

Ultimately, think of your first ten pages as an introduction, much as you would a different writing format (such as a journalistic essay). An audience must know the who, what and where of your story within the first opening ten minutes. Otherwise, it’s unlikely that they’ll know what they’re getting themselves in for.

Of course, many twists and turns can take the screenplay in an unexpected direction. But a reader should have an idea of this story’s identity and concerns in these establishing opening scenes. That way, whatever happens consequently will have at least been earned.

Why are the first ten pages of a screenplay important?

The first ten pages make up the first ten minutes or so. That’s about how long it takes for industry professionals and audiences to decide whether the rest of the story is worth their time or not. Therefore, these pages should provide an intriguing set up that hooks the audience.

How do you hook an audience?

The most effective hooks are specific to the tone and cater to the target demographic. A strong opening will give insight to the rest of the story and leave the viewer wanting more.

Who is the protagonist?

The connections audiences make with your characters is the most important element of any story. Therefore, you should be forming them as soon as possible. Explore their personality. Tease some of their strengths, flaws and quirks. Show off their wants and needs.

What world do they live in?

It’s important to establish location and time period early on. You can provide context for the setting through dialogue, costume or set design. Introduce your protagonist‘s everyday life. Except today’s going to be different. A conflict will arise that sets the hero off on their journey.

How do you establish the genre?

Each genre comes with its own set of expectations. Expectations are important because audiences want to know what kind of movie they’re going into. After you set the expectations, defy them.

How do you tease the theme?

Themes help audiences engage and connect with the story on a deeper level. Therefore, hint at the theme early on so bigger connections can be made later.

This article was written by Madison Kemeny and edited by IS Staff.

2 thoughts on “The First Ten Pages of Your Screenplay: How to HOOK a Script Reader”