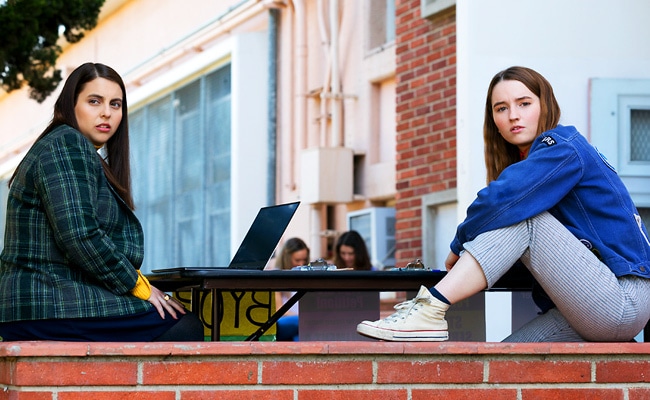 How to Write a Coming-Of-Age Movie

As its name implies, a Coming-Of-Age movie focuses on the growth of the main character from youth to adulthood.

In this context, it’s quite common and logical that most of these stories revolve around the high school years, especially 12th-grade senior year. Leaving the comfort of home and making a decision that will impact the future of your life, is a setting simply too perfect for a portrayal of character growth.

However, not all coming-of-age films have to have a high school context or be specifically about teenage characters.

The truly fundamental thing about a coming-of-age movie is that it has to display a life-altering test of the personality of a young character in the throes of development and growth.

It can be a great way of testing those screenwriting lessons and techniques that might be new to you.

It potentially provides you with a clear setting, identifiable protagonist’s goal – the struggle for their own personal growth and a host of supporting characters to further test your character writing skills with.

Deciding whether your story will be set in the past or the present–or, why not? the future–is a fundamental step in the process of writing a coming-of-age movie.

It’s inevitable that your ideas will feed on your own past experiences. That’s basically the main reason why a lot of these movies are associated with a nostalgia for another era.

Jonah Hill’s Mid90s is a good example of this. The L.A. skate culture of the 90s, the digital disconnection, and details such as displaying a video game controller with a cable (a fundamental scene of this movie revolves around that) are an essential part of the story.

Quite simply, the cultural and historical context should encourage and contribute experiences in the shaping of the main character’s personality.

Once you establish the time period of your story, it’s important to build the setting and select the right cultural references.

If your screenplay is set in the past, the challenge is to recreate a genuine and engaging time capsule.

A good coming-of-age movie set in the present has to age well. And for that, you have to make sure that it’ll become a great time capsule over the years.

Yes, nostalgia is fundamental to the success of your story. But that doesn’t mean that you have to fill your screenplay with any pop culture reference in an effort to cheaply trigger reactions. All these choices must contribute to the development of the plot and the characters.

For example, the protagonist may have a favourite song that, in addition to marking an era, helps to define him/her/them better as a character.

A great example of this happens in Love, Simon, where the protagonist blasts The 1975’s Love Me in his car on his way to high school. The choice aesthetically establishes the tastes of the protagonist and even hints at his not-yet-assumed sexual preference.

However, no matter how good your time capsule is, it all comes down to the personal growth of your characters. The audience should always relate to the protagonist‘s journey, no matter the number of pop culture references.

Teenagers speak in different ways. No matter the era.

And an important aspect of creating a coming-of-age movie is to know those teen linguistic codes.

This is achieved with a combination of research (time and location), linguistic advisers, and freedom for acting improvisation.

Making the dialogue genuine is essential to achieve the required realism. If the audience perceives an overuse of jargon or a trying-too-hard aura around it, the whole thing will be perceived as fake.

And fake is the exact opposite of what you want. A lack of realism will alienate the potential core audience of your movie – those that it is about.

Finding The Right Tone In A Coming-Of-Age Movie

It’s completely understandable that most coming-of-age movies are associated with comedy.

However, a coming-of-age movie could have a serious tone. Girlhood,  for example, tells of a young woman coming of age but strikes as a hard-hitting drama, with racial tension as a subtext throughout and a bittersweet ending on top of that. But it works beautifully as a coming-of-age movie because the focus of the story is the growth of the protagonist.

At the other end of the spectrum, we have Superbad.

After all the crass humour, the story ends with an emotive scene in which two inseparable friends decide to spend the afternoon apart with their respective potential couples. Even in the context of a grotesque comedy, this scene shows an evident and heartfelt change of its characters.

No matter how dramatic or how many dick jokes your coming-of-age movie has, it should always be focused on the growth of the main character. 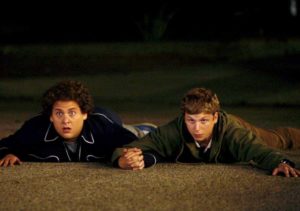 Stock characters within this genre exist for a reason.

They keep the plot moving and they resonate with audience who will recognise those characters from their own life and experiences.

Not Another Teen Movie is a comedy/guilty pleasure that even with its many shortcomings, perfectly deconstructs these dynamics.

…are distorted fictional versions of our own reality.

However, a good coming-of-age movie doesn’t have one-dimensional characters. Every character, in its own way, should show the complex and diverse process of being a teenager.

Their roles, not their personalities, must fulfil a mission: The loyal friend, the antagonist, the love interest, the comic relief, the wise figure of authority.

The important thing is that these characters exist to enrich your story and the journey of the protagonist. Either with crucial advice, needed cathartic laughter or even deadening fear. 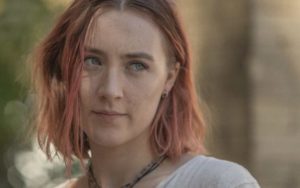 A coming-of-age movie is nothing without a good protagonist.

The story can narrate the growth of a single person or a group of friends. But his/her/their journey, whether it’s surviving a wild night of partying or dealing with the mourning of the loss of a loved one, has to connect with the audience.

The challenge is not as simple as it sounds. After all, the protagonist is, for definition, an immature child/adolescent and some of his/her bad decisions and reactions will move the plot forward.

And although that means the risk of momentarily losing the empathy of the audience or might unsettle the audience, it’s absolutely necessary to genuinely show an imperfect character on a journey to becoming a better person.

The goal is the great challenge and the key to creating a quality coming-of-age movie: The audience has to empathise with the mistakes of the protagonist while rooting for his/her journey into adulthood.

The Versatility Of A Coming-Of-Age Movie

Innovation is often found at fringe zones. You shouldn’t limit yourself when it comes to creating your ideas. And a coming-of-age story is a perfect medium to try different genres.

That’s right, not everything is John Hughes or Judd Apatow.

It will depend completely on your idea. As with tone and cultural references, mixing genres for the sake of it won’t give you good results. There must be clear argumentation and intentionality in that election.

2 thoughts on “How to Write A Coming-Of-Age Movie”