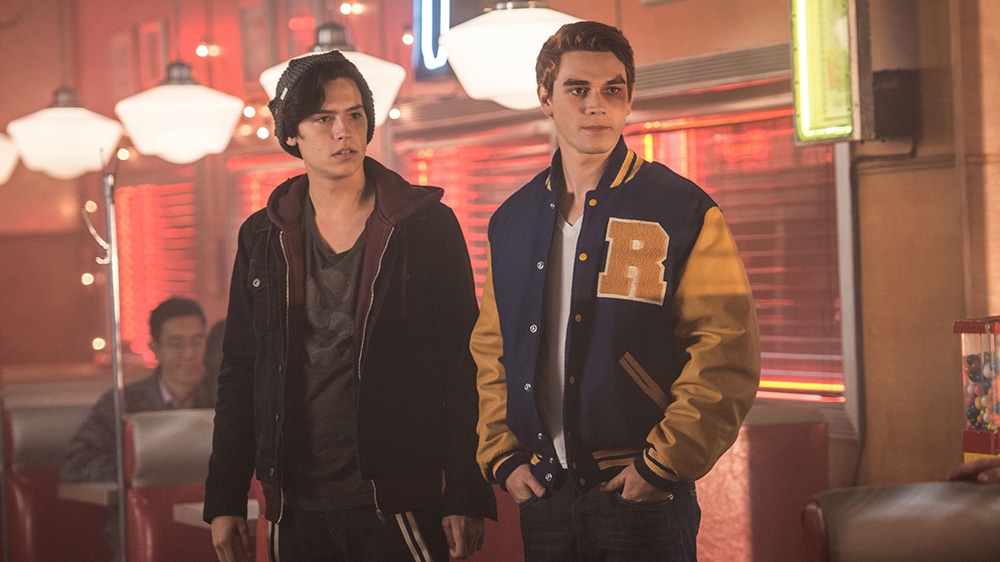 A major problem with crafting convincing children and teenage characters is that as we grow up it’s too easy to forget what it’s like to be young. Whether a project is aimed at children, teens, adults, or a range of ages, badly written young people stand out.

The result is that when a story can capture that feeling of youth in a way that seems authentic and speaks to that audience it becomes incredibly valuable.

The traps of teenage characters

Often, children and teenagers are used as personifications of innocence. As a result, the story and other characters treat them like objects to be protected and defended rather than as characters.

At the same time, the opposite is also dissatisfying – children and teenage characters who are wise beyond their years, unexpectedly dispensing expert advice when the script requires it.

Both extremes risk condescending to the character and to the audience.

Where are the everyday heroes?

Most teenage characters and their conflicts, internal and external, are located somewhere in the awkward continuum between these. While slang and fashion always change, this is constant. Recognising it is key to creating authentic teenage characters.

Psychology and biology have shown that teenagers’ brains and identities are still developing. Along with social pressures, this often leads to more risk-taking behaviour and fewer inhibitions.

Many great teen films and shows tap into these heightened emotions to create compelling, conflicted characters, exploring them through genre.

This is arguably behind the continued appeal of a character like Spider-Man. While he’s facing down supervillians, Peter Parker also struggles with school and his love and home lives. Many of the best stories written for the character give these two spheres and their conflicting responsibilities equal weight.

Similarly, the protagonist of DONNIE DARKO struggles with his mental health and social isolation but also ultimately has to grapple with his power and responsibility to literally save the world.

BRICK transplants hardboiled noir into a high school setting. These two collide in moments of dark comedy, for example when the assistant vice principal summons Brendan to his office to explain why he was in a fight.

Rather than explain that he’s investigating a drug-related murder, Brendan brushes the assistant vice principal’s concerns off with the following:

Like I said he asked for my lunch money first.. good thing I brown bagged it.

In Brendan’s insular world, as with many teenage characters, asking adults for help is not even an option worth considering.

Seeing teen problems treated with these literal life or death stakes, which is how they can feel at the time, is validating for an audience that age.

At the same time, despite their flaws, the protagonists are often specially empowered to handle these problems, creating an element of wish fulfillment. However, equally, actually using these powers tends to cause as many problems as it solves.

RIVERDALE is a teen soap in the CW mould, along the lines of GOSSIP GIRL crossed with TWIN PEAKS. With the challenge of updating potentially outdated source material (the Archie comics franchise), it smartly embodies the tension of the teenager in its very premise.

On one hand, the small town of Riverdale is a strange pastiche of  ’50s Americana. Locations include a diner with the improbable name of Pop’s Chock’lit Shoppe and a drive-in cinema.

At the same time, the teenager characters are allegedly modern. Cheryl Blossom asks a character to follow her on Twitter and one episode concerns online slut shaming.

This creates a push-pull of the past and the present, between the teens’ parents and their own future, and between innocence and maturity.

Archie’s naivete leaves him ill-equipped, emotionally or practically, to resolve this tension within his own life. The multiple paths laid out for him are equally viable but seemingly incompatible:

Other characters in RIVERDALE have far more heightened problems:

If there is a problem with the show’s premise, it’s in this disconnect. The result is that Archie, while having ostensibly more realistic problems and goals in his life, is the least interesting of the main characters.

Jughead, Veronica and Betty take it on themselves to investigate the disappearance of Jason Blossom. Archie’s concerns, in comparison, are on a different scale. Unlike in BRICK, RIVERDALE sometimes separates the genre element from the character drama, rather than using the one to express the other.

THE EDGE OF SEVENTEEN

THE EDGE OF SEVENTEEN explores a similar conflict of heightened emotions but without the advantage of genre.

Nadine’s (Hailee Steinfeld) reaction to discovering her best friend has begun a relationship with her brother seems over the top. From the inside perspective, however, that she sees it as an unforgivable betrayal is understandable.

This is because the script allows the audience to develop the self-awareness that the character lacks. The audience recognise that Krista (Haley Lu Richardson) is not just Nadine’s best friend but only friend, and what the stakes are in losing her.

You know, ever since we were little, I would get this feeling like… Like I’m floating outside of my body, looking down at myself… And I hate what I see… How I’m acting, the way I sound. And I don’t know how to change it. And I’m so scared… That the feeling is never gonna go away.

The audience understand Nadine, her immaturity and her self-destructiveness better than she understands herself. It’s not until she considers how others see her – her brother, mother and long-suffering teacher – that she catches up and can change.

It’s a great case study of a story that would be melodramatic with an older or younger protagonist. It only works, it’s only believable, because of Nadine’s age.

“There are two types of people in the world: The people who naturally excel at life. And the people who hope all those people die in a big explosion.”

The difficulty and paradox of successfully writing teenage characters is that they embody aspects of childhood and adulthood at the same time.

Children and teenage characters have picked up adult language and behaviours from those around them, even if they don’t have a full understanding of it themselves.

Adolescence gives them new freedoms but also new limitations. Well-written stories will find interesting ways to manifest this tension in conflicts that are specific to the character, their age, their background, their culture and geography, and so on.

At the same time, the underlying feelings are close to universal.

If you enjoyed this article, why not check out our OPINION: Screenwriters Should Consider the Cinema Experience?