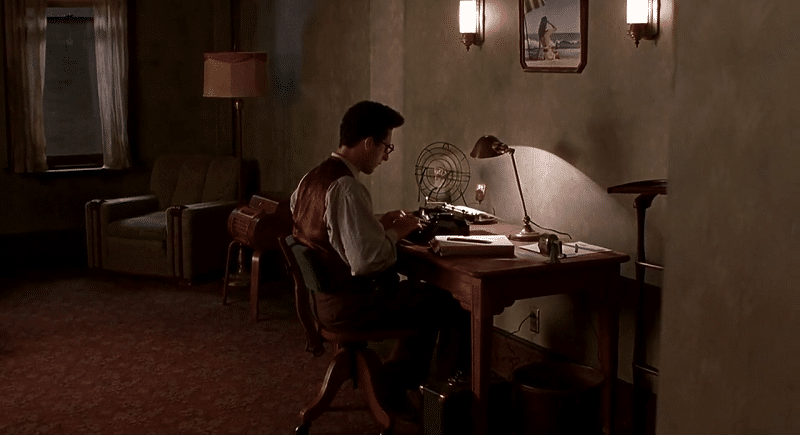 There’s an old Hollywood saying to writers that if you want to send a message, use Western Union. The idea is that audiences want films to entertain them, not to make them think. Studio heads and producers didn’t want to unsettle the audience.

This is depicted in the Coen brothers’ typically excellent black comedy BARTON FINK. Fink (John Tuturro), a playwright, has lofty ideals about creating work that the common man will relate to, and as a result struggles to turn in a draft of his first Hollywood assignment. Producer Ben Geisler (Tony Shalhoub) insists it should be simple:

However, equally, all art is political. Intentionally or not, all films say something about how the world is and/or how it should be.

Films used to have moral frameworks imposed by censorship. For example, for a time in Britain and the USA, films always punished their criminal characters with imprisonment or death, sending the message that crime doesn’t pay. 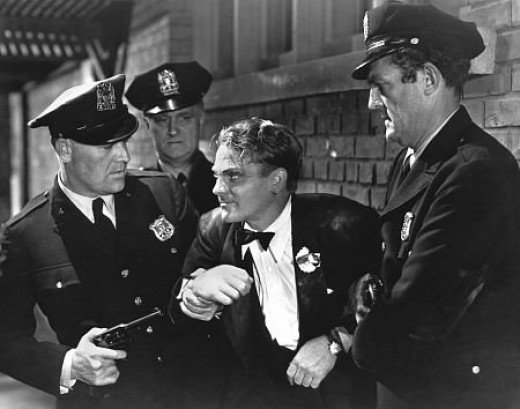 Censorship created films that reassured the audience that the system works and authority figures, like police, are trustworthy. Of course, clever writers and directors found ways to question or subvert these, even within the confines of censorship.

William Goldman, in his second book about his Hollywood career Which Lie Did I Tell?, made the following generalisation:

He goes on to advise that it’s a question of audience size. Most people want to be told “nice things.” If your screenplay tells people “nice things,” there’s no shame in aiming for a bigger budget. Conversely, when telling a story that unsettles, write it small.

Disney are usually particularly adept at steering the conversation around their films. However, THE LONE RANGER, from the same team as the PIRATES OF THE CARIBBEAN franchise, was a flop.

Its portrayal of Native American genocide proved too unsettling for a fun action-adventure tentpole, with many reviews noting the film’s inconsistent tone.

Subsequently, some have re-appraised the film or predicted a coming re-appraisal. Outside of the expectations of a Disney blockbuster, it’s easier to appreciate its unsettling and contradictory aspects, to see it as “a lumpy bubblegum blockbuster with a bitter aftertaste.”

Every time we get a chance to get ahead they move the finish line.

Period movies also tend towards the reassuring side of the spectrum. They often require bigger budgets because of their locations, sets and costumes and as a result tend to be studio productions.

By virtue of being set in the past, many period films showcase social issues that, for most people, are already resolved.

HIDDEN FIGURES, written by Allison Schroeder and Theodore Melfi, and directed by Melfi, is a film about three black women mathematicians who worked at NASA during the Space Race.

Instead, HIDDEN FIGURES shows the subtle, mundane and bureaucratic forms that segregation takes. These are less immediately visual and dramatic but are also are less often acknowledged, especially in cinema.

– Despite what you may think, I have nothing against y’all.

– I know, I know you probably believe that.

The film shows that characters who would never consider themselves racist can still perpetuate a racist system, either by ignorance or through following orders.

Ultimately, despite these unsettling elements, HIDDEN FIGURES is a “feel good” film. The main characters overcome the obstacles they face through their talents. As soon as the boss Al (Costner) realises the segregated bathrooms are a problem, he puts an end to them. Other white characters have similar redemptive moments.

However, this is not to devalue the way the film connected to an under-served and under-represented audience. Celebrating the achievements of these women is important. It might even cause some in the audience to question why they hadn’t heard of them before.

We break windows, we burn things. Cause war’s the only language men listen to!

Only a tiny fringe of people nowadays believe women shouldn’t have the vote. However, SUFFRAGETTE, written by Abi Morgan and directed by Sarah Gavron, also demonstrates how period films can still unsettle the audience.

The suffragettes disagree over what course of action they should take, both in terms of their principles and in what will be best for the cause.

One group bomb the house of an MP. Suffragettes in prison go on hunger strikes, leading to force feeding. At a 12A rating (PG-13 in the US) this is not going to be as graphically depicted as a film like HUNGER, but it is still disturbing.

This becomes more interesting when it’s a cause that, in retrospect, everyone agrees with. What causes and methods are controversial now but might become equally universal in retrospect?

The film can’t force the audience to make these connections to modern day issues, but they’re there.

At lower budgets, being unsettling, stirring controversy and dividing opinion can prove to be a positive. It’s a unique selling point that costs little beyond self-knowledge and research.

I, DANIEL BLAKE is British social realist film about the benefits system, written by Paul Laverty and directed by Ken Loach. When certain politicians criticised the film, producer Rebecca O’Brien hit back and the controversy drew more attention to the film.

Although much of its audience might already have been aware of the central issue, the way the film confronts the audience with this is still unsettling. For example, Katie’s (Hayley Squires) increasing desperation, first shoplifting and then in the food bank, becomes very difficult to watch.

However, audiences also have the power of denial.

Do white audiences see a film like GET OUT and feel unsettled, wondering if they show the same subtle but racist attitudes of the white characters? Or do they enjoy the film and feel reassured that they can’t possibly be like its villains?

Rian Johnson (director of BRICK, LOOPER, and THE LAST JEDI) tweeted an observation to this effect, which writer-director Jordan Peele endorsed:

I love that if the movie Get Out existed in the world of Get Out, the parents would have told Chris how much they loved Get Out.

It’s also possible to unsettle an audience in terms of form as well as content, confounding expectations by landing somewhere between the experimental and mainstream.

For example, it’s possible to tell the story of a film like UNDER THE SKIN in a far more conventional way. An alien comes to Earth and poses as a woman to seduce and abduct men.

Instead, much of the film is unscripted. It’s shot with custom-made hidden cameras and non-actors. There is little dialogue at all, let alone any that explains of the plot or characters.

This forces the audience to closely study the people and society they’re watching in the same way the main character does.

For some, of course, the film is a masterpiece, although these techniques unsettle the audience and limit its size. Even with star Scarlett Johansson attached, it’s unlikely the film would exist in its current form without public funding.

There’s a lot to be said for making people laugh. Did you know that that’s all some people have?

In both BARTON FINK and SULLIVAN’S TRAVELS, the title characters want to make serious films for the “common man.”

However, they discover that the “common man” actually prefers films that will take their minds off their problems, rather than serving as reminders of them. They have underestimated and undervalued films that are escapist and reassuring.

Lower budgeted films can afford to unsettle the audience. Still, different sections of the audience will respond differently.

Understanding and being in control of this can be useful as a guide when writing. It helps in considering the target audience, its size and whether these can justify the scope of the story.

If you enjoyed this article, why not check out our article OPINION: Screenplays That Send Messages?

1 thought on “OPINION: When Screenwriters Should Unsettle Audiences”