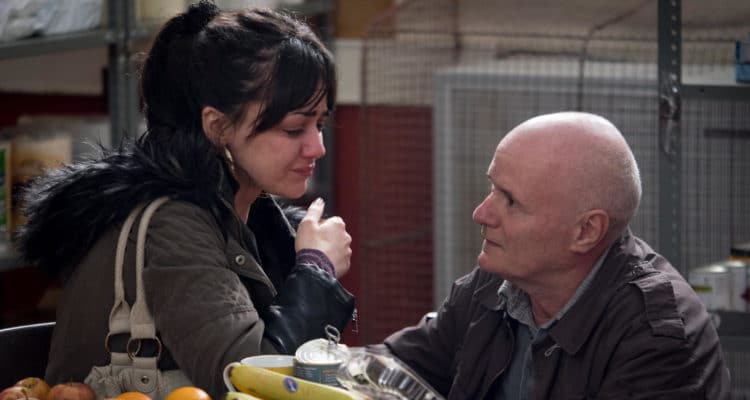 Rebecca O’Brien has been an independent film producer for thirty years. She has produced the majority of Ken Loach’s recent films, helping him to become one of Europe’s most prolific filmmakers. Rebecca’s credits include LAND AND FREEDOM, LOOKING FOR ERIC, THE WIND THAT SHAKES THE BARLEY and I, DANIEL BLAKE, for which she is BAFTA-nominated.

This Q & A was compered by producer, Sarah Brocklehurst.

WHERE IT ALL BEGAN…

Let’s start at the beginning. How did you start in the industry?

In the beginning… I was always a big film fan as a kid. I used to love going to the movies. I would get so excited I would wet my pants (I mean when I was little. Not now.) It was a big, big thing to go see a musical. Every year we would go to see a really big film in the big ODEON in Edinburgh, and it was so exciting.

Then I was in London boarding school for a couple of years doing my A-Levels. I was alone a lot of the weekends because many of the girls would go home. There were a plethora of wonderful cinemas around my school. I used to watch movies all the time by myself.

I begged Lynda Myles, who was running the Edinburgh Film Festival if I could come and work for her during my holidays. After three attempts, she relented. It was a fantastic festival at the time. I met a lot of people, who I still know now, who were young journalists and filmmakers. I really loved it so much. I worked on the film programme. I did publicity and press. I got the film bug.

After I had left University, I worked in the theatre for a couple of years. I originally thought I was going to be a journalist. I had no idea I could have a film career. It wasn’t on the cards. People weren’t trained to be producers or directors in those days. This was a long time ago. Then I realised I didn’t actually like writing that much. I didn’t like the idea of being alone writing. It didn’t appeal to me.

So, I ended up working in the theatre at Riverside Studios for a couple of years, which was a fantastic arts complex. It was an amazing place to be. They started a cinema there, which I began to run. But, I felt uncomfortable – I didn’t like being stuck in the theatre at night, every night, and I wanted to get out.

I chucked everything into doing a one-week film production course. It was run by this tiny, entrepreneurial company. Someone had written 20 lessons on how to make films. That was my epiphany. I got my hands on all the equipment. I learnt how to load a camera. I learnt very basic stuff. I made the most appalling thing, but I was quite good at organising.

There’s an organising gene in my family which I luckily inherited. I had made all these contacts while working at Riverside Studios, so they asked me to stay. We made some appalling short films. I won’t even go into what they were. I was producing these films while teaching production. But because I had the organisational gene, it was all common sense.

Then some people I had met in Edinburgh, filmmakers I had become friends with, had heard I was getting into production and asked me if I would come and work with them as a location manager on their film. I did, and that was an extraordinary baptism of fire. Today you would need teams of people to do this, and it was just me trying to muddle through.

We had a different location every day, so it was completely crazy, but it was a small film. It wasn’t a great film, but it was a film, and I was working on it. After that, I did my true apprenticeship which was for Film4. Channel 4 was just starting at that time. This was the early 80s.

I got a job through working Riverside contacts working on a multicultural magazine programme at Channel 4. It was like an antidote to Blue Peter. We filmed all over the country with real kids. We just did some mad things. Working on a magazine programme is like working on seven or eight little films every week. We made 30 of these programs, and I ended up producing the last batch.

It was a fantastic apprenticeship because I was involved in every bit of the making of it and I did it for two years. After that, I freelanced as a production manager or location manager. Working on early Film4 films, I managed to get a union ticket, and I was invited to work on an all women crew on a film called SACRED HEARTS. It was brilliant fun, completely bonkers. I was actually the location manager, but officially the production manager because I was the only one who had a union ticket. 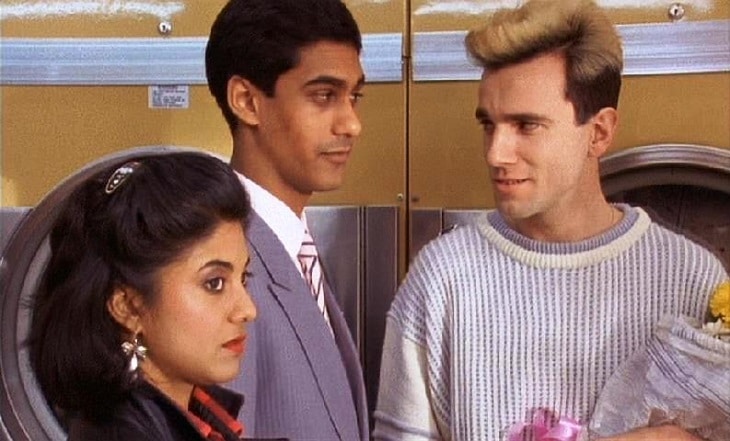