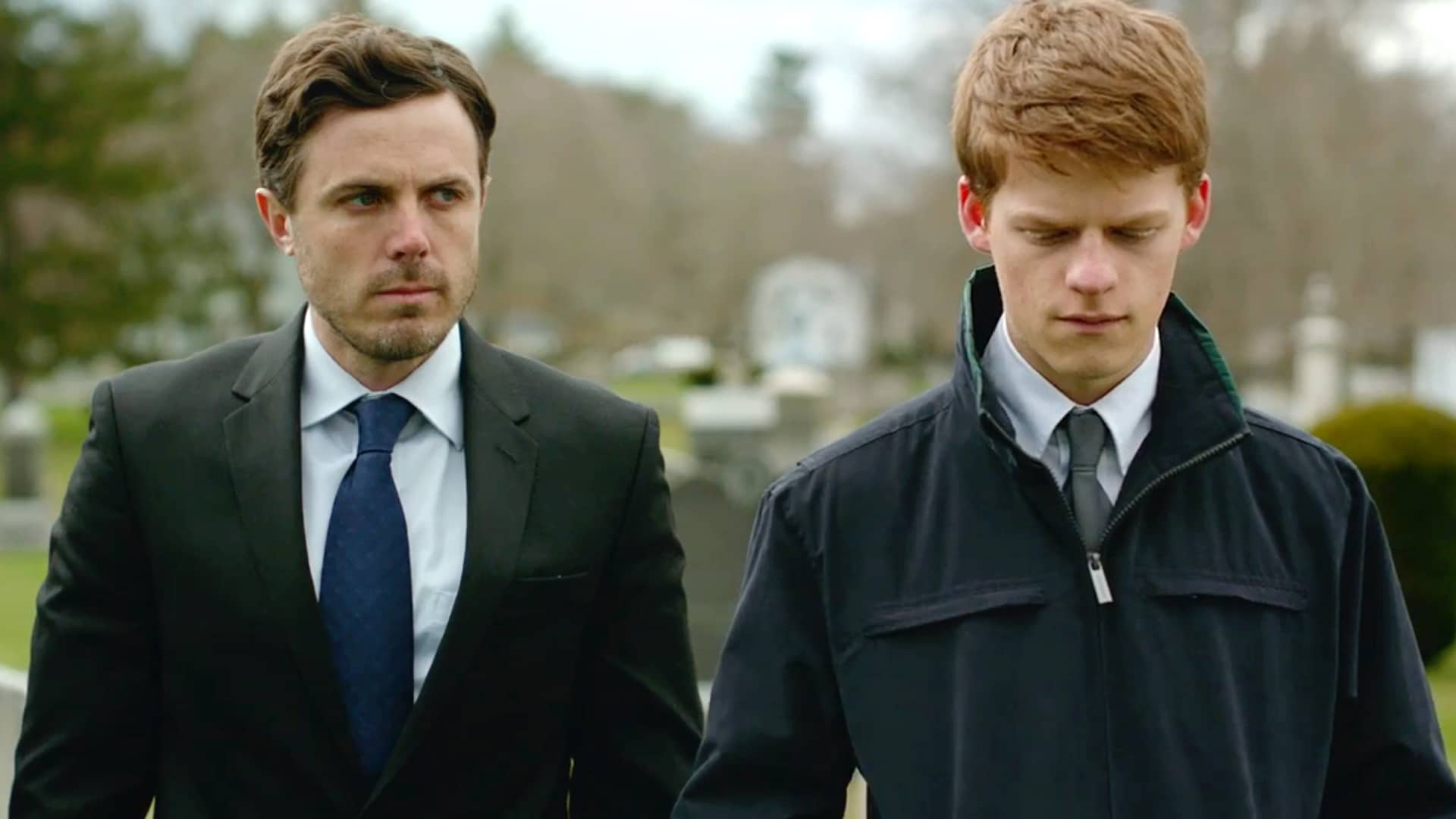 One of the major exceptions to the oft-repeated “show, don’t tell” screenwriting rule is the equally common received wisdom that screenplays should avoid using flashbacks.

The criticisms are familiar from scores of screenwriting books. They weaken the dramatic tension, breaking up the momentum of the story to show the audience things that they either know or can work out. They’re a lazy way of revealing backstory.

However sometimes, albeit rarely, a story absolutely needs flashbacks. The difficulty is in telling the difference.

MANCHESTER BY THE SEA

MANCHESTER BY THE SEA, written and directed by Kenneth Lonergan, is one of the best scripts of 2016 (at least, according to the Academy).

While the film appears to be a purely character-based drama, a slice of life, there’s an imperceptible but vital structure underlying the story.

The placement and execution of flashbacks in the narrative are crucial to this.

**SPOILERS for MANCHESTER BY THE SEA below**

Look, Lee. You do a good job. You’re dependable. But I get these complaints all the time. You’re rude, you’re unfriendly, you don’t say good mornin’. I mean come on!

Lee is a troubled, conflicted character. He holds back his emotions until they burst out, either in being rude to the tenants of the building he manages or in starting pointless bar fights.

However, the first flashback begins by answering simple plot question. Why did Joe die?

As the flashbacks move forward in time, they get deeper into characters’ dysfunctions and relationships. Even in this scene, an insight into Lee’s character is already forming.

Lee and Patrick, like Joe, use humour and sarcasm to avoid confronting their own grief and mortality, to the frustration of Joe’s wife Elise in this scene:

Characters who suffer their pain in silence or repress their trauma are often more dramatic than ones that are able to talk openly about them.

A later flashback shows a relatively happier time. Lee bonds with Patrick before returning home to his wife Randi (Michelle Williams) and their three children.

Randi, I swear to God. You shoulda seen the look on Patty’s face when he caught that fish. It was like takin’ Suzy on the Merry Go Round. It was like – pure happiness.

Initially, it’s not clear what happened or when. The film doesn’t use any of the standard visual tricks to indicate a flashback, for example a specific visual transition or a different colour scheme.

Nevertheless, very quickly it becomes apparent which scenes are taking place when, not just through the characters’ ages but the strength of the writing, direction and acting.

The result is a mystery rather than confusion. What connects this character, in the past, to the present one?

It’s this character-based mystery, rather than plot information, that then motivates further flashbacks, weaving them together with the present day storyline.

The central, pivotal flashback in MANCHESTER BY THE SEA is the one in the lawyer’s office. Lee’s discomfort and reluctance at being named Patrick’s guardian is intercut with him losing his children in a house fire for which he feels responsible.

It’s a flashback that’s so extended the audience almost forget that it is one until it ends and the present day scene resumes. It tells its own self-contained dramatic story.

This re-contextualises everything about Lee’s character going forward:

In CASABLANCA, Rick (Humphrey Bogart) is another protagonist who doesn’t talk about his feelings.

His backstory is initially hinted at in a similarly indirect way:

– I’ve often speculated on why you don’t return to America. Did you abscond with the church funds? Did you run off with a Senator’s wife? I like to think that you killed a man. It’s the romantic in me.

– It’s a combination of all three.

– And what in heaven’s name brought you to Casablanca?

– My health. I came to Casablanca for the waters.

– The waters? What waters? We’re in the desert.

While Rick is cynical, self-interested and cagey, Ilsa’s reappearance ignites some long-dormant emotions in him, vulnerability that’s eventually revealed through a flashback.

This contradiction goes to the heart of Rick’s character. While the present story establishes one side of him, the flashback introduces another, potentially romantic side.

Which side will win out? Will Rick help Ilsa and her husband escape? This conflict is central to the story.

Sometimes that shark, he looks right into ya.

Quint’s monologue relating the story of the U.S.S Indianopolis has rightly become one of the most famous monologues in cinema history.

Could this have been a flashback? Quint is, after all, a fascinating character. How did this mysterious, grizzled shark hunter end up on this beach resort island?

Unlike Rick and Lee’s dilemmas, the central dramatic question posed by JAWS isn’t “Who is Quint, what happened to him in the past, and how will this impact his decisions in the present?” but more simply “Will these characters stop the shark attacks?”

The audience instead joins the other characters who are listening and reacting to Quint’s story. Imagining his tale makes it more powerful and epic than anything that could have been shown on screen.

The test of good flashbacks

The story in MANCHESTER BY THE SEA builds a character-based mystery in such a way that only a flashback can pay it off.

It’s a story about memory, trauma, and time itself.

These flashbacks move the story forward not through revealing physical information but emotional information.

Early on it’s clear something happened to Lee’s family and marriage, given that his children are no longer part of his life and he has a strained relationship with his ex-wife. At any point, the script could easily reveal the simple facts of Lee’s past.

For example, when Lee calls Patrick’s school, the Vice Principal and his assistant have the following exchange:

– That was Lee Chandler.

In a weaker version of the script, these would be the perfect places to slip in some exposition.

But the audience have to experience these events with the characters in order to fully understand how much these memories and trauma have weighed on their lives.

Going forward, it then becomes clear that this is something Lee can never fully heal. 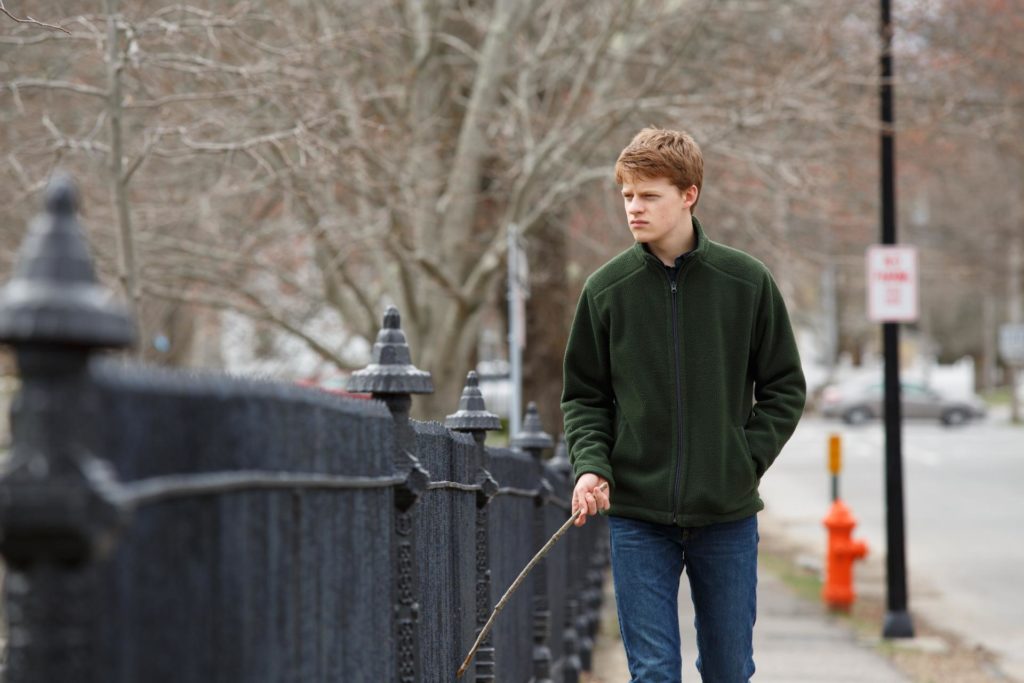 Lee still can’t articulate his pain, as seen in his awkward encounter with Randi. It simply wouldn’t be in his character to give a long, confessional monologue.

In this case, revealing the same information through dialogue just wouldn’t work.

In MANCHESTER BY THE SEA and CASABLANCA, the flashbacks are dramatic in themselves, telling their own short stories. They also arrive only after the script has built up the audience’s curiosity to a breaking point. As such, they advance the pace of the story rather than slowing it down.

This is the true test for whether flashbacks are right for a story. More often than not, the rule rather than the exception will apply, and they can remain as a last resort.