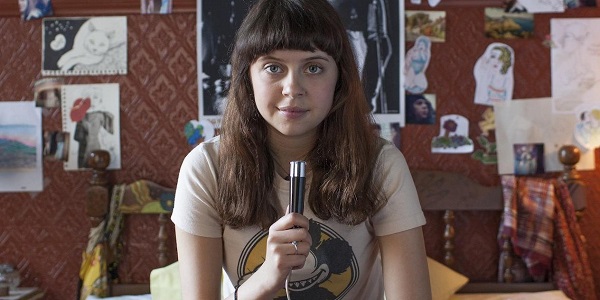 In this series we look at scenes and moments where a film or TV show has revealed a great deal of character information in a short amount of screen time. This instalment focuses on Minnie Goetze (Bel Powley) from the period coming of age film THE DIARY OF A TEENAGE GIRL.

THE DIARY OF A TEENAGE GIRL

Writer-director Marielle Heller first adapted the graphic novel The Diary of a Teenage Girl by Phoebe Gloeckner as a one-act play in 2010.

When it the production proved successful, Gloeckner agreed to give Heller the film rights. Marielle Heller made her directorial debut with the film, which premiered at Sundance in 2015.

Who is Minnie Goetze?

Minnie Goetze, 15, is an aspiring cartoonist, living with her mother (Kristen Wiig) and younger sister in 1970s San Francisco.

When Minnie tells Monroe (Alexander Skarsgård), her mother’s boyfriend, that she wants to sleep with him, she begins a journey of sexual discovery.

How is Minie Goetze’s character revealed by the action and dialogue?

The film opens with a teenage girl, Minnie, walking through a sunny park in slow motion.

In voiceover, she reveals:

I had sex today.

She breaks into a smile. An animated caption tells us we’re in San Francisco, 1976.

She looks around at a group of boys smoking and drinking. She sees a woman jogging towards her, admires her full figure and then looks at herself.

The smile soon returns. She does a little skip, climbs the steps of her house and enters.

Minnie looks through a cupboard, pulls out a tape recorder and goes to her room. She sits cross-legged on her bed and narrates:

My name is Minnie Goetze. I’m a 15-year-old, living in San Francisco, California, recording this onto a cassette tape because my life has gotten really crazy of late, and I need to tell someone about it.

If you’re listening to this without my permission, please stop now. Just stop. Okay?

Views of art work on the walls. As Minnie describes herself as a “very ugly child,” one drawing comes to life, showing her birth.

She opines that her appearance has not improved. It was a lucky break that he was “attracted by my youthfulness.”

She picks up her cat and asks her if she looks different than she did yesterday. 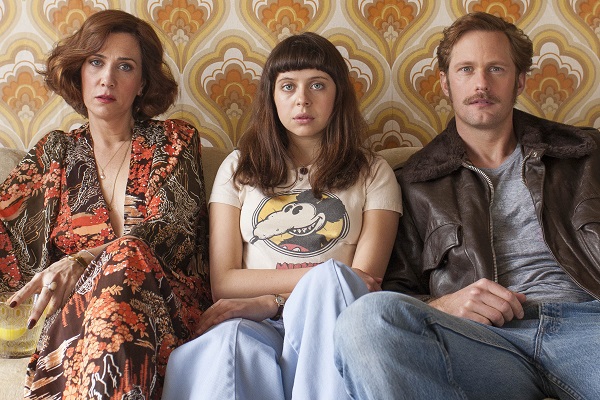 What do we learn about Minnie Goetze in these scenes?

When Minnie looks at a group of boys, we can’t know exactly what she’s thinking, but there’s some element of desire. This moment reverses the gaze that’s found in most films, of men looking at women. Minnie has the power; she’s objectifying the men.

Still, her mental comparison of the jogger’s body with her own suggests that her new relationship isn’t entirely healthy. She uses this sexual encounter to make herself feel better about her body.

This subtly makes the point that Millie is not mature enough to handle this relationship, even though she thinks she is.

Minnie’s self-worth is tied up in other people’s opinions of her, especially those of men.

It’s not clear yet that she’s only 15 and her relationship is with a much older man, her mother’s boyfriend. This information adds so many additional legal and moral issues, but the film introduces Minnie’s character flaw first, giving it precedence over these other problems.

Introduced in the film’s first scene, her arc doesn’t fully resolve until the film’s final scene, when she realises, in voiceover:

[My Mom] thinks she needs a man to be happy. I don’t. So maybe nobody loves me. Maybe nobody will ever love me. But maybe it’s not about being loved by somebody else.

While the film’s events are somewhat episodic, this arc underpins and connects them.

When the film shows more of her home life later, it’s clear why Minnie would rather talk to a tape recorder rather than a person. Her mother drinks regularly and her sister is younger than her.

Minnie also understands the need to keep her relationship secret, that there’s something very taboo about it.

It’s this mixture of innocence and understanding that marks Minnnie as an adolescent, a character in transition from a child to an adult.

This should already be setting off red flags in the audience’s mind. If her youthfulness attracts her lover, that presumably means he’s older than her. But how much older?

She certainly doesn’t see a problem with their relationship, but the audience can see several problems already.

Alienation is good for your art.

The art on Minnie’s walls comes to life. Is there a need for both the tape recorder and Minnie’s art? They seemingly serve similar purposes, in that both motivate her voiceover and show her inner thoughts.

However, it’s only gradually that Minnie Goetze gains the confidence to write and share her comics with the world. She only now digs out the tape recorder in order to talk about how her life has become “crazy.”

It takes time before she’s willing to be this open and autobiographical in her work. This is part of her character growth.

Using the comics exclusively for her narration from the beginning would either undermine that or require her to be telling her story in retrospect. The cassette recording, something she constantly updates, has an immediacy and a privacy to it.

The advantage of a novel is that it’s easier to literally portray a character’s thoughts. On film it can be more challenging.

Using Minnie’s tape recorder and her artwork gets the best of both worlds, borrowing from the graphic novel which also combines visuals and text.

THE DIARY OF A TEENAGE GIRL is a rare film in that it allows its female protagonist to explore her sexuality, in the process making mistakes and dealing with the consequences, without judging her.

In another film, this opening might be shocking, but Heller presents the story more complexly and from her point of view. Initially, the relationship doesn’t appear to hurt Minnie. It actually makes her feel better about herself.

Minnie doesn’t think of herself as a victim or someone who needs to be protected. She approaches her sexuality with a frankness that’s unusual, especially for a teenage girl in film. This frankness and openness makes the narration device, the tape recorder, believable.

This, her unique point of view, is also what makes her character, the story and its tone interesting and fresh, and it’s all established in the opening few minutes.