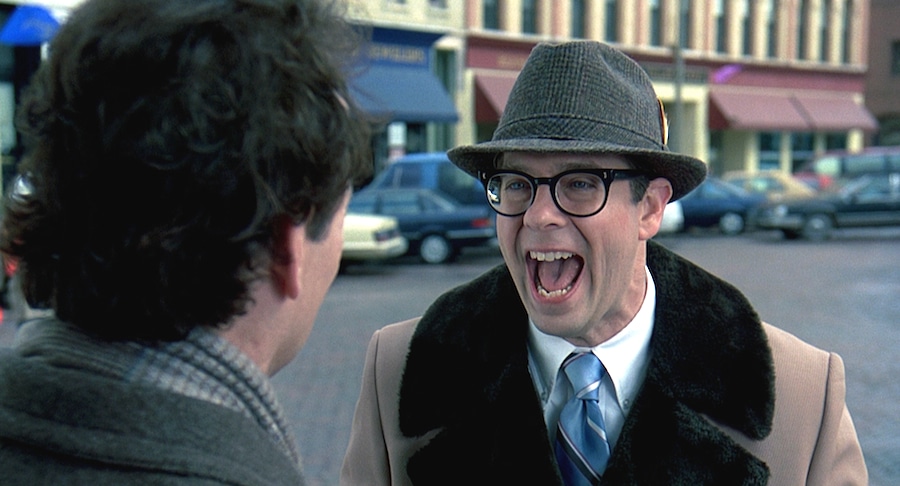 While it’s true that the star system is not what it once was, actors can still have tremendous power. Many actors have their own production companies, partly as a route for finding interesting material off the beaten path of Hollywood.

Look down Plan B Entertainment’s list of projects and imagine how many would have been made without the backing of Brad Pitt or a similar level name. For example, KILLING THEM SOFTLY is a deeply introspective crime drama. One of its few moments of action is shot in impressionistic super-slow motion, “like a lullaby”. Along with a highly political theme that borders on the anti-capitalist or anti-American, it’s not the most commercial of material.

It’s always worth considering what makes a character and a script compelling from an actor’s perspective. This applies not just to the leading roles but the supporting characters and bit parts too.

Pitt also helped develop 12 YEARS A SLAVE with screenwriter John Ridley and director Steve McQueen. Ultimately though, he only had a very small role on screen. Still, as a result of this, the financing, other casting and marketing of the film became easier.

It helped get the thing done. I sit in a very fortunate position where I can help push things over the edge with difficult stories, and this was one of those instances.

A similar thing happens in the genre world. A low budget can still stretch to afford a horror or action icon for a couple of days of shooting, and in turn their presence boosts the film’s profile. (Danny Trejo has over 300 acting credits.) The supporting characters end up supporting the film.

The actor however has to have a good reason to choose one project over another, or to bother committing time to a small part in the first place. What can the part offer other than money? For a writer, any kind of acting experience, even just paying close attention to how actors describe their process and their roles, can be invaluable for answering this question.

Rounding out supporting characters and bit parts begins with the simple gesture of giving them names. Legendary character actor Stephen Tobolowsky (GROUNDHOG DAY, among others) describes this hierarchy of parts and its equivalent hierarchy of actors:

When you are Harrison Ford you play Richard Kimble or Han Solo. You have a first and last name, and the writer has thought enough about you to give you a life. Harrison Ford’s characters eat, sleep, drink coffee, shave, shower (from the back only, waist up), read the newspaper, get dressed[…] – all because they have been named.

The only difference is that the parts with no names have been somewhat abandoned by the screenwriters[…] The character actor has to bring the complete person to the set, ready to roll with the punches.

When creating supporting characters, a writer’s job is to give the actors what they need to create a complete person.

There’s a simple exercise that can be used equally in screenwriting and acting as it is in therapy. In the “empty chair” exercise, the writer imagines the character sitting in front of them and asks them every type of question they can think of. In a group setting, the writer can play the role of the character and have other people ask them the questions.

A scene in Brian de Palma film Body Double, a riff on Hitchcock’s Vertigo by way of Rear Window, illustrates how powerful this can be. While at a method acting class, the instructor questions Jake Scully (Craig Wasson) and breaks down his deepest fears. Jake realises that his current claustrophobia actually has roots in a childhood trauma. 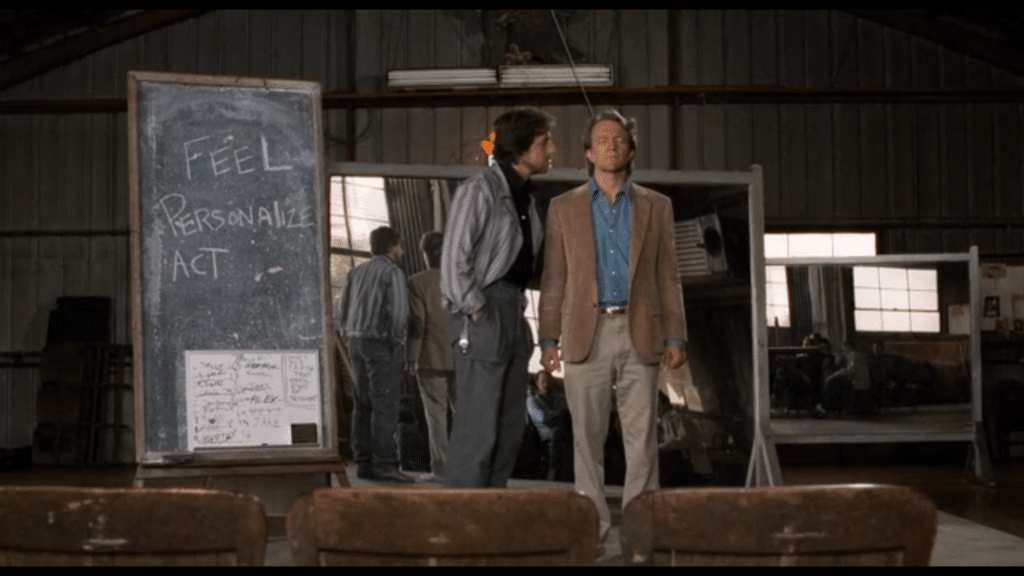 This questioning approach can be applied, albeit on a smaller scale, to supporting characters. Every little detail about a character has a reason behind it that be used to suggest their backstory. Everything makes an instant impression on the audience: how someone dresses and styles their hair; how they wear or don’t wear make-up; how they decorate their room or work space; and so on.

Well, he’s my character. I created him.

Didn’t the man who wrote the movie do that?

– THE PURPLE ROSE OF CAIRO

This is also a valuable creative exercise. Tell a familiar story from a different character’s perspective and suddenly it feels fresh again. ROSENCRANTZ & GUILDENSTERN ARE DEAD, based on Tom Stoppard’s play, follows two characters on the periphery of Shakespeare’s Hamlet.

One of the bizarre, subversive touches in BIG TROUBLE IN LITTLE CHINA that not everyone picks up on is how the ostensible lead Jack Burton (Kurt Russell) is actually a buffoon and Wang (Dennis Dunn), the sidekick, is the real hero. During production on ZOOTOPIA, the director realised that the secondary character should really be the protagonist, and just over a year before release the two were swapped.

A little detail goes a long way towards making generic supporting characters specific. This gives an actor something to grab on to and build a complete character from, as well as rounding out the world of the film.

If you enjoyed this article, why not check out our article OPINION: Screenplay Anachronisms Can Bring the Past to Life?