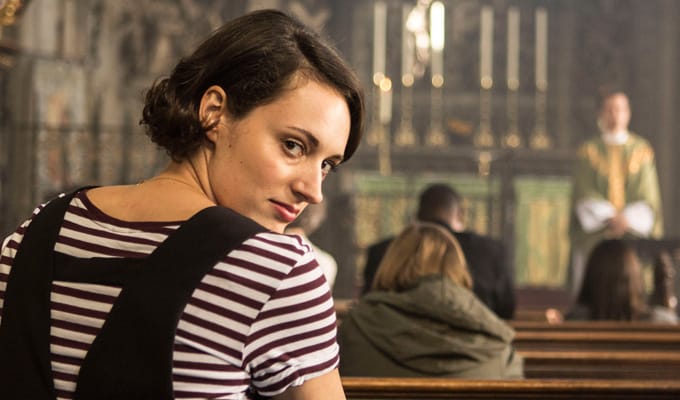 The Fourth Wall Break – How to Do it and Why

An increasingly common device used in modern Film and Television, the fourth wall break can serve as a dynamic way of breaking down the barrier between an audience and a protagonist.

However, when deployed inappropriately it can also feel like a cheap gimmick cynically used to make the narrative feel more dynamic but, in fact, distract from the story.

What exactly is a Fourth Wall Break?

The term ‘fourth wall’ comes from theater. If a stage is made of three walls then the fourth wall is the imaginary, fictional one between the stage and the audience.

And so, a fourth wall break is when the fiction on stage penetrates the fourth wall, out into the audience.

A fourth wall break could be used for a variety of different reasons – to highlight a theme, to narrate the story or to generate comedy.

The Wolf of Wall Street – Thematic 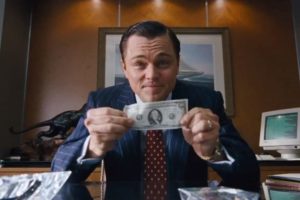 Right from the first scene, The Wolf of Wall Street is narrated by its protagonist, Jordan Belfort (played by Leonardo DiCaprio).

The way in which he talks about his own life gives us an idea of how he sees it. Whilst we might balk at his antics and see him as a wholly unlikeable character, through his narration we see how he sees himself.

How Jordan sees himself is a key theme of the film and so the narration works in that regard. By seeing his biased version of events we see some of the mindset of this kind of behaviour and the motivation behind it.

The fourth wall breaks within the film range from:

All serve the same purpose, however, in highlighting Jordan’s perspective on his wild experiences of Wall Street life.

The use of fourth wall breaks in Deadpool is most obviously deployed for comedic purposes.

However, these fourth wall breaks also serve a larger purpose and aim of the film – to subvert the traditional and familiar superhero movie.

Deadpool undermines such movies throughout. He cracks jokes at their expense and subverts the expectations that audiences have from them narratively and tonally.

Fleabag is one of the smartest and most affecting fourth wall breaks of recent years.

Whilst the fourth wall breaking primarily serves as comedic, within the second series it proves itself to be more profound and insightful than just being purely for comedy.

It’s an electrifying moment. Fleabag and the audience’s connection is penetrated. As the series progresses we get more insight into what this talking to camera might be representing for Fleabag.

The fourth wall breaking proves to be an insightful and thoughtful look at mental health, grief and intimacy. Much more than the purely comedic turns and winks to camera it merely appears to be at first.

The above examples show some of the most effective and meaningful fourth wall breaks. Essentially they work because they have purpose. They serve as more than just a visual quirk or shortcut to comedy or narrative exposition.

So if you’re going to employ a fourth wall break in your script, it needs to have meaningful purpose.

By including this decision early on in your writing process the fourth wall breaking will more easily become an essential part of your story, how it comes across, and what it conveys thematically.

Why Use a Fourth Wall Break?

The temptation is strong. Particularly as it feels an increasingly used trope with film and tv, using a fourth wall break can seem an easy way of adding dynamism to your script.

It’s always important, however, to interrogate this desire.

Poorly deployed narration without thematic purpose can often take away from the drama of the narrative. By lifting the audience out of the pulse of the story you’re potentially lessening their engagement with the drama.

Furthermore, poor narration can take the place of dramatic subtext, a key part of powerful drama.

Consequently, the exposition that comes with narration to the audience can potentially take away the reward there is to be found from an audience following and working out the story on their own.

So what can narration through fourth wall breaking achieve? Let’s use another example…

Annie Hall is one of the most ground breaking and original use of fourth wall breaks. It also serves as a great example of distinctive, dynamic narration.

The intimacy with Alvy’s mind and his life allows the script and filmmaking to go anywhere to explore it. The audience is always on board as they know the film is not a straightforward narrative but an impressionistic representation of Alvy’s worldview.

Annie Hall, as an example, proves that if you set the rules early on that there are no rules, then the audience will go with you.

However, such rule breaking always needs to come from a thematic, stylistic core, otherwise it will seem hollow and messy.

How Does a Fourth Wall Break Look?

Essentially, within a script, as long as the direction is clear the reader will understand that a fourth wall break is taking place. This could take the form of a:

It’s fairly simple. As long as you make it clear the character is addressing the camera visually or just over audio with V/O.

We’ve got plenty of scripts to learn from however, if you are looking to find examples of fourth wall breaks.

A fourth wall break is certainly a dynamic way of engaging an audience with your character and story.

However, it is a technique that deserves purpose and meaning behind its deployment. Audiences have an instinct for this as the wrong kind can instantly feel jarring and unwelcome.

A fourth wall break can get to the very essence of how we, as an audience, relate to fiction.

And therein lies its power and potential.