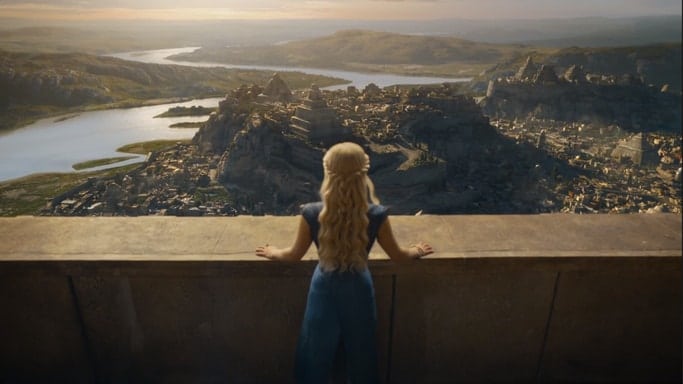 If you’ve ever enjoyed losing yourself in the world of Harry Potter or Lord of the Rings, you know how important world building is.

After all, world building is what makes us suspend our disbelief and fully sink into a story. It’s also a large part of the reason we keep coming back for more even long after we know the plot by heart.

These stories might still be good ones regardless, but their expansive, fleshed-out worlds are what elevate them above the average narrative.

So, world building is pretty important, but how are you supposed to actually do it? How do you create a deep, rich world from scratch? And how do you build it up without overwhelming your story?

To help answer these questions and guide you along your journey, we’ve compiled eight essential steps to successful world building.

Step 1- Decide on a World Type

It seems like an obvious step, but it’s also a crucial one. In order to craft a world that makes sense for your film or series, you need to decide whether it is a fantasy one, a “real one,” a sci-fi one, or another kind entirely.

This will inform a lot of the facets of your world such as climate, geography, languages, and politics.

Additionally, you’ll need to decide how much fiction or fact will go into your world, regardless of your world type. For example, you might pick a realistic world type, but you’ll still need to figure out how close it is to our world:

These are questions to ask of fantasy and sci-fi worlds as well.

They say imitation is the sincerest form of flattery.

George RR Martin, for example, famously took great inspiration for Game of Thrones from Lord of the Rings and it’s clear to see. The twists on such a world, however, make it clear that it is a homage not a rip off.

As one would expect, world building is infinitely easier if you know what aspects you like and what you do not. For example:

Narrowing down what you appreciate from movies and series like this will help you narrow down the elements you should include in your own world building. 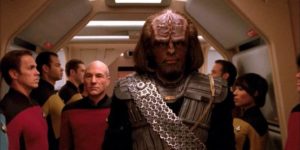 Now that you have some inspiration, you need to find ways to include this in your writing and start developing some more personalized ideas.

You can and should do this at various stages in the writing process, but it can be extremely helpful to do it earlier on.

Sometimes it’s easier to build out from specific ideas to more general ones. So, if you have a great idea for a planet, species, or culture, write it down and go from there!

For example, maybe you’ve decided to create a planet that is almost entirely water. This might inform a type of species you want to create.

It might seem a silly example, but it illustrates how world building is a puzzle. Sometimes just one detail can make several others fall into place. 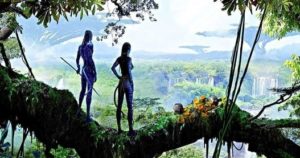 With some important details now figured out, it’s time to more specifically focus on appearance. It’s time to answer the question: “What does my world look like?”

You may have figured out some of this in brainstorming your topic, but its time to refine it. Whether they be other planets or a world similar to ours, what does the landscape your story takes place within look like?

These are all important questions to consider. The answers will have big ramifications for your world building and will once again inform other parts of the world and story.

You want to avoid feeling like your world was made for your characters or plot. Rather, you want them to feel like a natural part of a bigger, more realistic-feeling world.

Creating different cultures is another extremely important aspect of the world building process. Like with crafting your world’s appearance, you should focus on the small details of your world’s cultures even if they aren’t prominently featured.

You need to know how the cultures vary, how they’ve changed, and how they are viewed by other cultures, on top of the general need-to-knows like traditions, religions, languages, and social norms.

This will make your world feel significantly more natural and will reduce the distance between it and the viewer. It sets your world up as more organic, expansive, and believable — all characteristics of great world building.

Of course, you don’t want to focus so intently on this step that it swallows your characters or plot, or that it distracts you from the rest of your screenwriting. Make sure to use it as an important writing tool rather than a built-in procrastination excuse.

This is often one of the most complicated and time consuming steps of the world building process, but its another crucial layer.

Constructing a thorough historical timeline gives depth and background to your film or series and gives important context to your world, character’s motivations, cultures, and more.

However, keeping historical events straight and cohesive is tricky. Be prepared for plenty of gaps, contradictions, and half-baked explanations.

Even the best screenwriter will have plenty of dots that desperately need connecting and writers will get called out all the time. Rather than worry about this to the point you just avoid it, focus on the big stuff first then fill in the gaps.

If you are struggling, examine how other writers’ timelines or take inspiration from real world history. Even in sci-fi and fantasy, the why behind important historical events and the impact of cause and effect largely still apply.

Game of Thrones is a great example of a story that has a complex and detailed historical timeline behind it. Furthermore, it borrows and takes inspiration from a great deal from real history, such as the Wars of the Roses.

It’s also a great example of how such a detailed history and lore can prove richly rewarding for audiences. It creates engagement outside the actual show itself, giving it longevity and return-ability.

The last main step in world building is also a major step in crafting your plot — determining the major world influences.

This often leads directly into your main conflicts, and will thus inform and be informed by other aspects of your writing.

Keep in mind that these influences don’t always have to be super overt or external. Internal conflict can just as easily be the main force of change.

Famous examples might be the return of Voldemort to the world in Harry Potter or the death of King Robert Baratheon setting off the titular game of thrones. These are the changes in the world that threaten to shift or change it.

As you look through your work, there will be plenty of blanks, conflicting information, and loose-ends that you will need to tie-up. Once you find these, you can repeat these steps to further flesh things out and provide a sense of continuity.

It’s also at this final step that you might find creating maps, planet profiles, physical timelines, and behind-the-scenes histories helpful. They might be able to bring more clarity to where gaps lie and inspire some new material to fill in these gaps.

After a few rounds of these steps and some general editing, you should be left with a far better, more complex world that will keep your viewers coming back for more.