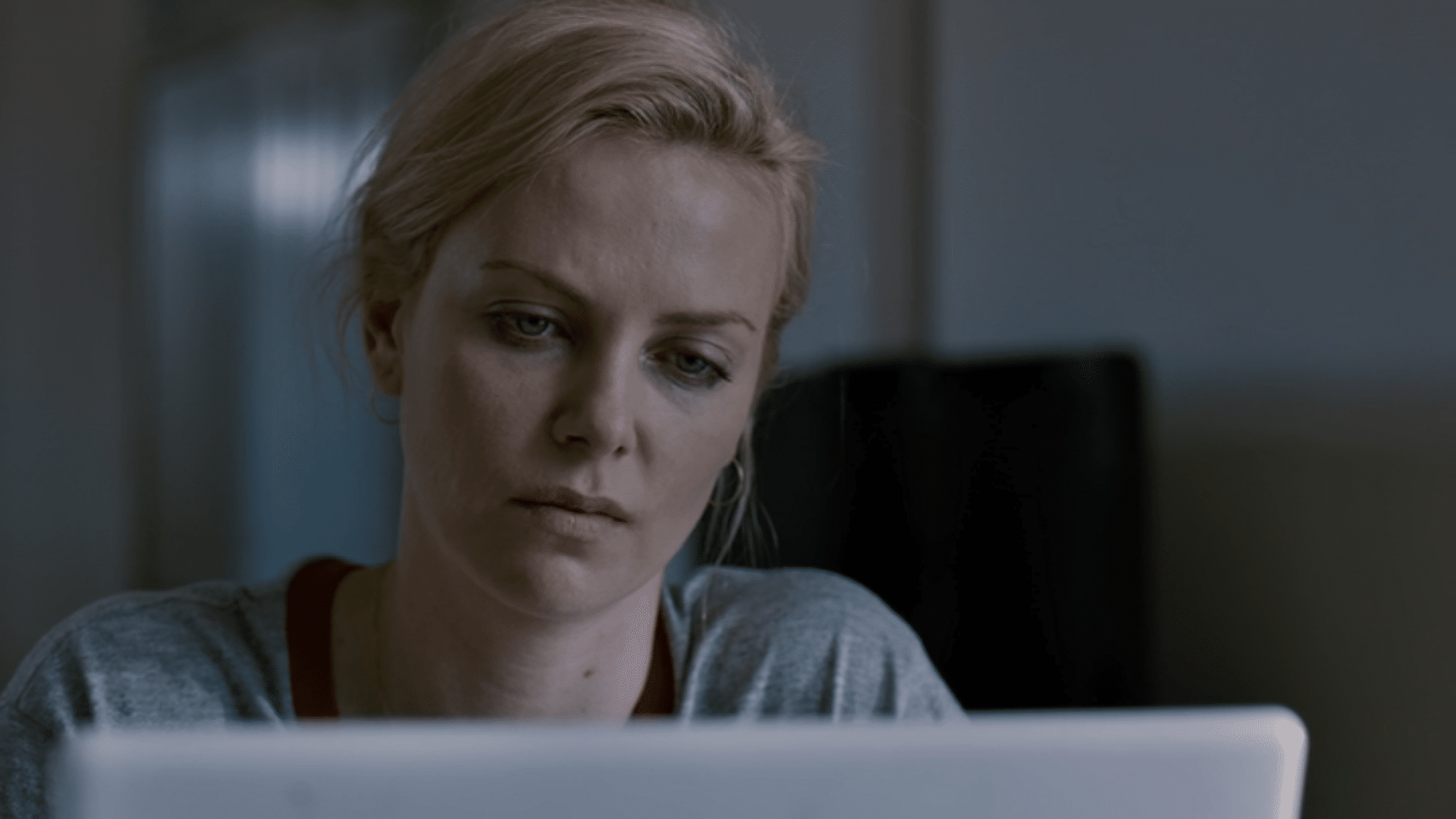 Screenwriter Diabo Cody and director Jason Reitman first collaborated on the smash hit JUNO. In 2011 they re-teamed for the indie dramedy YOUNG ADULT. Undoubtedly darker in tone, it manages to introduce its unlikable protagonist in a remarkably efficient opening scene.

Mavis Gary (Charlize Theron), an author of teen series Waverly Prep, discovers her old high school boyfriend (Patrick Wilson), now married, has had a baby. She leaves Minneapolis and returns to her hometown in an attempt to win him back. While there, she befriends a classmate of theirs, Matt (Patton Oswalt), who had a decidedly different high school experience. He’s still disabled from being severely beaten.

Mavis Gary is 37, divorced, living alone and about to lose her job as the book series she works for is being cancelled. There isn’t much in her life: alcohol; her dog; reality TV; the occasional hook-up.

She’s a woman trying to fill this lonely void in her soulless, heartless chest.

How is Mavis’ character revealed by the action and dialogue?

YOUNG ADULT begins with a cityscape at dawn. A high-rise apartment building, a ‘Now Renting’ sign in the middle. The sounds of a woman weeping, crying that “I don’t feel pretty now.” The woman is on a reality show on a TV in Mavis Gary’s apartment.

Mavis is sleeping, lying on her front, hand still on a wine glass next to an empty wine bottle on the side table. She wakes up and brushes her teeth. In the kitchen she swigs Diet Coke from a two litre bottle and leads her dog to the balcony to feed him. The morning passes; she plays Wii fit and eats on her balcony, looking over the city.

She sits at her desk, opens her laptop and stares at a blank document that says ‘Chapter 1’. A shelf above her desk has a series of high school novels and a series bible. She begins typing, introducing a popular high school girl character.

Her emails distract her. Most of them are meaningless, but one of them stands out. It’s a baby photo, causing her to toy with her hair nervously. She tries to print the photo but her printer is broken. She spits on the ink cartridge and it prints, but in lines and with wavy colours.

Mavis sits on the balcony looking at the photo. Her phone rings. Jim says he needs the draft by Friday.

What do we learn about Mavis in these scenes?

Mavis Gary is a reality TV addict. Beginning with this pre-lap sound over an establishing shot tricks the audience. The emotion sounds genuine but, like many of the emotions Mavis displays, it’s ultimately superficial and artificial, an act. Mavis is someone who creates drama, perhaps as a mask for her actual emotions.

The state of Mavis’ apartment immediately suggests aspects of her character. There’s a nice view – it’s probably expensive. She drank a lot of wine last night, probably by herself. She also drinks Diet Coke from the bottle. An unconventional breakfast choice, but it is Diet, so to some extent she does take care of herself.

While the apartment is a mess, the dog food is stacked meticulously, neatly. The dog is her only regular companion and this is one of her few solid, dependable routines.

Kendal Strickland wasn’t just the prettiest girl at Waverly Prep. She was a legend. As a junior, the student council voted to dedicate the yearbook to her, even though another student had recently died.

Mavis is a writer, but she writes to someone else’s commission, under someone else’s name, not something she personally feels passionately about. For the most part, the book she works on is referred to as simply, mechanically, Waverly 178. She makes sure to emphasise her character’s prettiness and popularity, the qualities she values most highly in herself and in others.

The character she writes is a self-insert and this points to a double meaning in the title. She writes novels for young adults, but she herself has never moved on from her high school years. That was when she was popular, when she feels her life peaked, and it’s that feeling that she’s trying to find again both in her writing and in the story that follows. 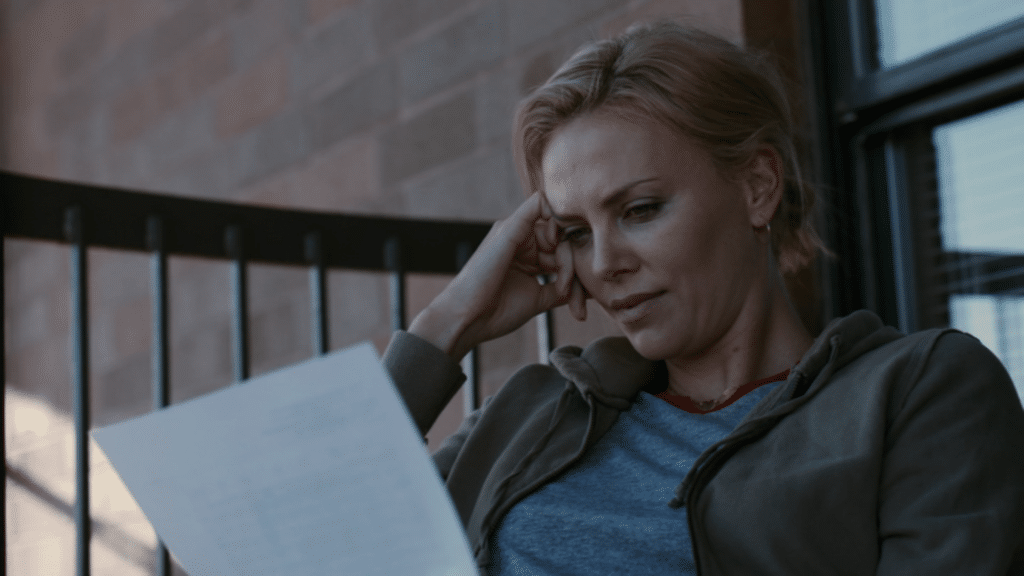 The baby photo, while its exact plot relevance is yet to be revealed, underlines Mavis’ lack of partner and lack of family of her own. The lengths she goes to in order to print the baby photo out speaks to the determination of her character and also her vulnerability, that having the picture of this unknown person’s baby can suddenly become so important to her. Still, the outcome is (literally) distorted. It feels like normalcy will always be just out of Mavis’ grasp.

Finally, the phone call establishes a dramatic deadline. This ticking clock may or may not become important for the story, but it’s undoubtedly a cold and impersonal conversation. Her boss stays on the other side of the phone line, his voice remaining tinny and quiet.

Both personally and professionally Mavis Gary’s life is unfulfilling, to the extent that if provoked in the right way she might just do something desperate in an attempt to fix it.

It’s become somewhat of a cliché to open a script or a film with the main character waking up in the morning. This makes it all the more impressive when someone can put a new spin on it (see also SYNECDOCHE, NEW YORK). Rather than cutting away or transitioning into a title sequence, YOUNG ADULT is deliberate about taking its time to establish Mavis’ lonely daily life in all its soul-crushing detail. Within four minutes, before any other characters have even been introduced, Mavis and all her various problems and delusions are established.

YOUNG ADULT puts the lie to the mistaken belief that a film’s protagonist can’t be unlikable. The key to making unlikable characters tolerable, even sympathetic, is to make them understandable.

Mavis’ actions throughout YOUNG ADULT are reprehensible. She makes no effort to hide her intentions to try to break a marriage and a new family up just to win back her high school boyfriend. In any other film, she’d be a cartoonish villain. At one point another character dubs her a “psychotic prom queen bitch”.

To the other characters and the outside world, Mavis puts on a front. One later scene details her extensive make-up and wardrobe routine, and she talks of her life in the big city as if it’s successful and glamorous.

We’re not goddesses. We don’t look or behave just in one way. I love that she’s a slob and then she gets ready to go on a date and she’s a knockout. That’s what women do.

However, the stark first few scenes let the audience in on how truly empty her life is. While she goes about trying to fill this void in entirely the wrong way, the audience can understand and even root for her to find some kind of peace.

This opening sequence ends by cutting to Mavis talking about the baby photo with her friend. While it’s the first time Mavis speaks to another human in the film, the audience already know everything about her that they need to.

If you enjoyed this article, why not check out our article about the GENIUS CHARACTER REVEAL of  Tom Reagan in MILLER’S CROSSING?