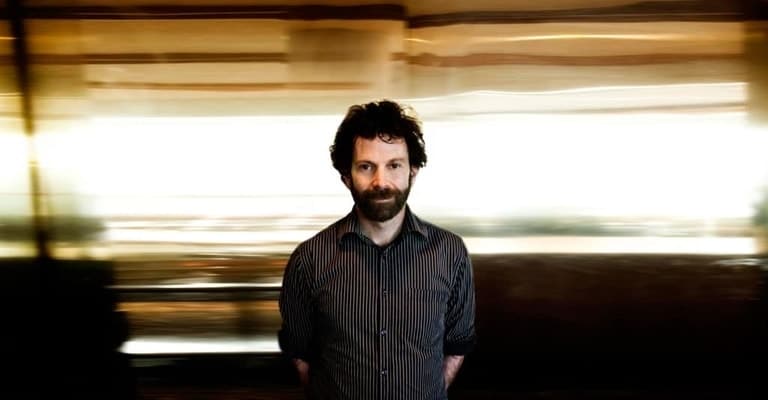 Charlie Kaufman is a name that commands widespread respect, from his industry peers, to critics and cinephiles. Charlie Kaufman quotes, whether embedded in his written dialogue or interviews, are sure to inspire anyone looking to break into screenwriting or filmmaking.

However, Kaufman’s body of work is like a set menu at an upscale restaurant: concise but exceptional, cancelling out quantity with phenomenal quality.

It is perhaps Kaufman’s astute observations of the human psyche that have resonated so strongly with all who are familiar with his oeuvre, which frequently blends elements of the Postmodern with Tragicomedy.

Under his belt, Charlie Kaufman carries not only 4 Oscar and 3 Golden Globe nominations, but 3 BAFTA awards for arguably his most critically acclaimed movie scripts: BEING JOHN MALKOVICH, ADAPTATION, and ETERNAL SUNSHINE OF THE SPOTLESS MIND.

Moreover, since earning these accolades as a screenwriter, Kaufman has broadened his role to encompass that of director-screenwriter, with works such as SYNECDOCHE, NEW YORK and ANOMALISA.

Unquestionably, Kaufman has made great strides in stitching his name into the fabric of filmmaking, from the boy who dreamed of being an “Actor, doctor or fireman”, to an auteur who has become something of a triple threat himself, writing, directing and producing.

A man whose diffidence evidently caused him to transfer schools and career paths from actor to writer. Instead of being the subject of the microscopes evaluative gaze, Kaufman would be the scientist; overseeing the study whilst carefully selecting the substances deserving of analysis.

Through intricate storytelling, the subject matter Charlie Kaufman has chosen to examine under his lens chiefly concerns the idiosyncrasies of humanity, the manifestations of isolation and loneliness, ethics, metaphysics and overarching questions about the human condition.

Furthermore, Inside the fictional narratives he constructs, Charlie Kaufman chances his hand, prepared to make the sort of mistakes he is to anxious to make in the realm of reality, all in the pursuit of truth.

Kaufman is an avid scholar of truth seeking, undeniably the type of person who weeds out the cynical critics amongst the satisfied ones, for want of a better understanding of his own flaws.

Charlie Kaufman branched out once again to try his hand as an author with his published debut Antkind: A Novel, which boasts all the familiar satirical and surrealist traits associated with Kaufman’s carefully cultivated brand.

His critical, self-evaluative approach to writing and filmmaking is without a doubt why we have chosen to spotlight 15 of the most witty and insightful Charlie Kaufman quotes, which you can contemplate below!

1. “One of the biggest things about writing your first screenplay is that you actually finished a screenplay.”

2. “A screenplay is an exploration. It’s about the thing you don’t know. It’s a step into the abyss. It necessarily starts somewhere, anywhere; there is a starting point, but the rest is undetermined.”

Quotes on Crafting a Meaningful Story:

3. “Don’t let anyone tell you what a story is, what it needs to include or what form it must take. As an experiment, go out of your way to write a non-story. It will still be a story, but it will have a chance of being a different story. Our brains make stories. It is as basic to us as breathing.”

4. “When I’m writing, I’m trying to immerse myself in the chaos of an emotional experience, rather than separate myself from it and look back at it from a distance with clarity and tell it as a story. Because that’s how life is lived.”

5. “When I write characters and situations and relationships, I try to sort of utilize what I know about the world, limited as it is, and what I hear from my friends and see with my relatives.”

6. “I choose to write characters from the inside because I feel like that’s the way I’m gonna get the most honest version of them.”

Quotes on Transitioning from Screenwriter to Director:

7. “I couldn’t be who I was in show business as a writer if I wanted to be a director (…) I couldn’t be shy, I couldn’t be moody…My job here is to take care of other people, and therefore I have to be kinda steady.”

8. “It’s a good thing for me to be able to make my work even more personal – to take it from its conception to its completion and to be able to make all the choices myself. It maintains a certain integrity maybe that it might not otherwise have”

9. “Directing is a more pragmatic experience, where you have to deal with the restrictions of time and money that force you to make certain decisions you don’t have to make when you’re writing.”

Charlie Kaufman Quotes on How to Deal With Failure:

10. “One speculates a lot on one’s failures (…) the only reason to speculate about bad box office is to decide that you don’t want to do something that you believe in next time in order to make more money — that’s not a choice I’m willing to make.”

11. “Failure is a badge of honour; it means you risked failure. If you don’t risk failure you’re never going to do anything that’s different than what you’ve already done, or what somebody else has done.”

…On His Personal Writing Process:

12. “When I’m on my own and I’m doing something for myself, I don’t do an outline. I build it, little by little, as I’m working on it…I don’t know in advance how it’s going to end, I like to have the freedom to see where it goes.”

Charlie Kaufman On Staying True To Who You Are:

13. “I don’t subscribe to anything. I sit there and I try to think about what seems honest to me.”

And Finally, in Peak, Kaufmanesque Fashion, This Charlie Kaufman Quote Wants to Teach You About Writing:

This article was written by Sophie Campbell and edited by IS Staff.