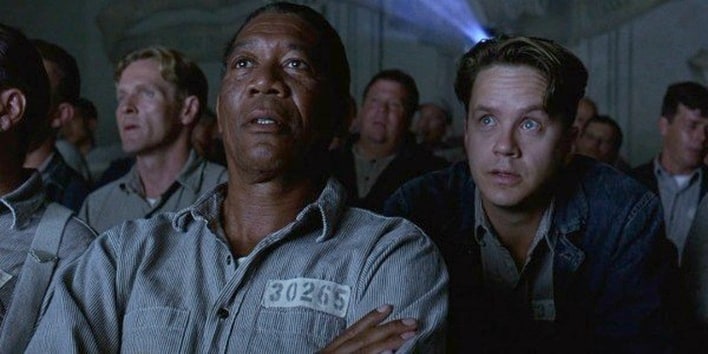 Chekhov’s gun is a term that – in its simplest form – bestows purpose upon any object, character or situation within a narrative, on which the writer explicitly chooses to place emphasis.

This article will explore the following:

What is the Principle of Chekhov’s Gun?

Popularised by author-playwright Anton Chekhov, the concept is best explained in his words:

“If you say in the first chapter that there is a rifle hanging on the wall, in the second or third chapter it absolutely must go off. If it’s not going to be fired, it shouldn’t be hanging there.“

Owing to the above statement, Chekhov’s gun has become a basic tenet of screenwriting; one that can help build an overall cohesive narrative.

From Ripley’s command of the Power Loader in Alien to the Winchester rifle in Shaun of The Dead, a Chekhov’s gun can take many shapes and forms within your screenplay. These can be as figurative as they can be literal, and extend to any aspect of your story.

Concurrently with the red herring or MacGuffin, Chekhov’s gun is a plot device that – if used skilfully – can equip your narrative with a dramatic and satisfying denouement, all the while ensuring that you are not making false promises to your audience.

How Do You Use Chekhov’s Gun?

Writers can employ Chekhov’s gun in a number of successful ways, both micro and macro. We can split these into the following two categories:

We will focus on the latter more prominently, as these instances of the Chekhov’s gun principle generally prove the most effective.

Due to the nature of the principle, this article will be littered with SPOILERS. Please proceed at your own discretion.

Below, we have compiled 5 masterful executions of Chekhov’s Gun…

Perhaps one of the most revered and remembered applications of Chekhov’s gun, The Shawshank Redemption stands the top rated movie on IMDb 26 years after is release.

Set over two decades, we follow protagonist Andy Dufresne as he navigates his way through the prison system. The climax comes when Andy breaks free via one of the most tactical, long-running escape plans that – only in review – took place right under our noses.

A bible, a rock hammer and a poster of Rita Hayworth. That was all it took to emancipate Andy. Mundane, everyday objects hidden in plain sight and coded with language allowing them to fall under the radar.

When Red laughs, envisioning Andy attempting to escape Shawshank with a pocket-sized rock hammer, we laugh with him.

When the Warden tells Andy “Salvation lies within” in reference to his bible, we consider it as simply an instrument to help cope with lifelong confinement.

It is only after his escape, when the Warden reexamines Andy’s bible to find a hollow, rock hammer shaped cavity and the note “You were right. Salvation lies within”, that we understand.

The reason this particular Chekhov’s gun sticks the landing so smoothly is tied to the characterisation of Andy.

Andy’s stick-in-the-mud image serves as a smokescreen for his one man escape plan. By soft-peddling Andy’s cunning, the big reveal of his getaway quest genuinely shocks us.

In his characterisation as a benign inmate with benign hobbies such as rock sculpting and library resourcing, the objects that will soon embody the Chekhov’s gun principle blend effortlessly into the background without rousing suspicion.

It is only in retrospect that the puzzle pieces mesh together, and we can truly marvel at the intricate picture.

Long-running television shows have the upper hand in mastering this particular play. Resultant of years spent character, arc and world building, writers have an abundance of material at their fingertips with which to successfully utilize the Chekhov’s gun concept.

Planting objects years prior to their rediscovery can truly unify a narrative; a notion that Game of Thrones creators have used largely to their advantage.

The Valyrian Steel Dagger appears during Season 1 of Game of Thrones, used during the attempted assassination of Bran Stark.

Despite serving as the primary catalysts for the discord between houses Stark and Lannister, the dagger eventually slips from the narrative.

However, it reappears in the penultimate season, and its true purpose comes to the surface. Made from Valyrian steel, the dagger harbours the ability to thwart White Walkers.

After passing through many hands, Arya Stark finally claims possession of the blade. Justifiably, she uses it to execute Littlefinger – the blades original owner and puppet master of the original assassination attempt.

This, in itself, would fulfil the Chekhov’s gun principle, but the show writers take it a grade further.

In Season 7, Arya uses the blade alongside a particularly dexterous combat move to outmanoeuvre Brienne of Tarth whilst sparring.

Skip to the final season, Arya uses that very same blade and move to vanquish the Night King.

In this execution of Chekhov’s gun, the blade comes full circle and beyond. It serves an even greater purpose than just defeating its initial owner. It becomes a part of Arya’s character arc, as she achieves what has been destined for her all along.

The set up and pay off dynamic is pretty much synonymous with the Chekhov’s gun principle. By establishing set ups early on, your audience will be gratified when they ultimately pay off, and no film adheres to this notion more than those within the Back to the Future franchise.

Throughout the trilogy, there is scarcely a scene that doesn’t employ the Chekhov’s gun principle in some capacity.

Every line of dialogue, character, object and scenario addressed serves a greater purpose; a purpose sometimes not realised until a film or two later.

Robert Zemeckis and Bob Gale wrote the screenplays in such a way that each detail boasts significance. The Clock Tower, Mayor Goldy Wilson, Marty’s dream car and the Rolls Royce collision: all are instances of set ups that eventually come to fruition.

From the product placement of Pepsi to the intertextual references to Clint Eastwood, every aspect is expertly contrived to pay off at later points in the plot.

However, their commitment to the Chekhov’s gun principle never seems tired, or overused because it is the very essence of Back to the Future.

As a series working chiefly with a theme of time travel, it is only natural that foreshadowing and prophesying play a key role.

The Chekhov’s gun rule truly finds its home within the Time Travel subgenre of Science Fiction. A Grays Sports Almanac, with little present day value, becomes pivotal in the transformation of Biff Tannen and subsequently, the future.

Supposedly trivial items hold an unknowable significance when you add time travel to the equation.

And in a story constantly analysing the ways in which minor details can alter the course of history, using the Chekhov’s gun principle to spotlight them works sensationally.

Rian Johnson’s Knives Out is a classic, whodunit film with a vast ensemble cast. Whilst the Chekhov’s gun principle has long been a favourite of the murder mystery genre, Johnson employs it with a refreshing twist.

As the title would suggest, knives are an important symbol within the story. The Catherine wheel knife display, the weapon clutched by Harlan Thrombey in his portrait and the cause of his death.

It is only fitting then, that Johnson uses a knife to fulfil the Chekhov’s gun principle.

At the beginning of the film, Harlan Thrombey insinuates that Ransom (his Grandson) would be unable to tell the difference between a stage prop and a real knife due to his sheltered upbringing.

This is a crucial signifier, because later on, when Benoit Blanc unmasks Ransom as the culprit, he does just what was predicted of him.

Instead of pulling a real knife from the display to kill Marta, Ransom mistakenly grabs the stage knife:

This is an interesting spin on the Chekhov’s gun principle, that revises commonplace tropes.

Within the Mystery genre, it is customary to reference an object early on that has some connection with the unsolved murder, be it a motive or a weapon.

By reimagining the commonplace usage of Chekhov’s gun within the genre, Johnson permits the mystery to stay a mystery, right until the very end.

Screenwriters are constantly trying to find innovative ways to spin, subvert and rework the trope in ways that stand out.

Early in Get Out, Chris is driving with his girlfriend Rose Armitage, when they accidentally hit a deer. After calling the police, the officer demands to see Chris’ license, despite Rose being the vehicles driver. This occurrence lingers in our subconscious throughout the remainder of the narrative, a powerful portrayal of racial profiling.

As the narrative climaxes, the Armitage family reveal themselves as the villains. Chris fights most of them off in his attempt to flee, and manages to overpower Rose in the middle of the road.

That’s when we hear the sirens. A police car pulls up and it appears to be all over for Chris, who raises his hands in surrender.

The earlier nod to the police returns to our minds, as it dawns on us that the police department will ultimately be the ones to impede Chris’ get away, not the Armitage family. The police were Chekhov’s gun all along, positioned to throw the final wrench in his escape plan.

Then the camera cuts to “Airport” written across the car. Out of the vehicle steps TSA Officer Rod – Chris’ best friend – arriving to save the day.

The effect of this subversion is visceral. The viewer transitions from relief, to shock, to fear, to relief again all in the space of 30 seconds.

What seems to be a Chekhov’s gun mutates into a red herring, or some combination of the two.

In blurring the two together, writer-director Jordan Peele creates a profound result that challenges the Chekhov’s gun principle; and prompts filmmakers to consider ways that they too might adapt the concept in unprecedented ways.

The Key Principle of Chekhov’s Gun

As the references show, screenwriters can adhere to the Chekhov’s gun rule in a multitude of ways.

It can be a strict code that writers follow to tighten their narratives, or a set of guidelines used where necessary, to produce meaning.

Either way, what all budding screenwriters can learn from the concept of Chekhov’s gun is the importance of plot fulfilment. Audiences want to leave a cinema feeling gratified; all questions answered and loose ends tied up.

In using Chekhov’s gun as a frame of reference, and removing any detail that doesn’t enhance the final picture, you’ll find that its better to hang a completed painting on the wall, rather than a rifle.

This article was written by Sophie Campbell and edited by IS Staff.

Check Out More Great IS Posts: