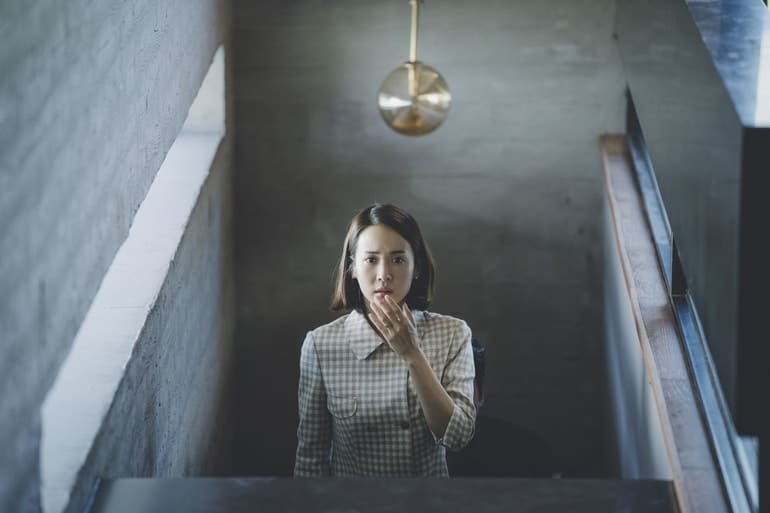 Cinematic language. You will have most likely heard this phrase being used in film circles, about a screenplay or in reference to a film or TV episode. But what is cinematic language?

Cinematic language is the methods and conventions of cinema that are used to communicate with the audience. This is often also referred to as visual storytelling, although this is only one part of cinematic language. Emotions and ideas are expressed in cinema visually through all types of techniques such as lighting, performance, mise-en-scéne, cinematography, editing and more.

When understanding cinematic language, it is useful to consider the conventions of literature that are used to convey meaning and communicate with the reader. For example, literature often uses literary techniques such as symbolism or narration to portray meaning and communicate plot, characterisation or themes. The same is done in screenwriting, but with cinematic techniques.

A montage can represent a cunning plan coming together or a singular experience had over different time periods. Lighting and colour can be used to indicate the mood of a scene. Pacing and dialogue can convey atmosphere. Clothes can convey character and themes. This is cinematic language.

How to Recognise Cinematic Language

A good tip when trying to recognise cinematic language is to tune into how you feel when you’re watching a particular scene. Typically, screenwriters intend to present meaning to the audience subtly and subconsciously. If a man in the shadows approaching a character from behind makes you feel suspicious, that is more than likely what the film is trying to communicate!

You’re seeing it all in your mind’s eye, you’re inferring it. And this is the fourth aspect of cinema that’s so special. That inference. The image in the mind’s eye… For me it’s where the obsession began. It’s what keeps me going, it never fails to excite me. Because you take one shot, you put it together with another shot, and you experience a third image in your mind’s eye that doesn’t really exist in those two other images… And that has been called, appropriately, I believe, film language.

Cinematic language in film can come in many different forms. Take the following examples:

Cinematic Language in a Screenplay

When writing a screenplay, cinematic language is a principle you should always have at the forefront of your mind. Camera directions and editing techniques are not explicitly your responsibility to write about. But cinematic language should be at the core of your screenplay.

A good example of the use of cinematic language comes in Schindler’s List. The iconic use of colour in this famous scene (above) portrays many things:

Steven Zaillian, who wrote this screenplay, creates an atmosphere that highlights the meaning of the red coat and therefore is speaking a language to the audience and screenplay reader.

Applying Cinematic Language to Your Screenplay

Although it is the director’s job to bring this scene to life, it is your job as the screenwriter to characterize the scene as best you can.

Language such as ‘his attention is drawn to a small distant figure, all in red, at the rear of one of the many columns’ would give the cinematographer an idea of how to frame the girl in the shot. This communicates to the audience that she is small and vulnerable.

Meanwhile, Zaillian’s use of sound, ‘a truck thundering down’ and ‘the gunfire outside sounds like firecrackers’, depicts an atmosphere of fear and communicates danger through audio reference points.

In Parasite, the famous montage scene is written in voiceover with a monologue explaining the plan both being laid out and taking place. Voiceover is a good technique if you want to bring further meaning to what is on screen. And monologues are also a very powerful tool in creating an engaging cinematic language.

There’s a rhythm to a monologue and this helps dictate the overall rhythm of the montage. This rhythm is essential to the montage serving as cinematic language, creating the opportunity for a perfect synthesis of music, imagery and plot.

The brilliance of this scene also relies on the character’s dialogue. If you plan on writing a meticulous scene such as this, it is important to make sure your dialogue is coherent and relates directly to what is being said. This will communicate to the audience that what is happening is vital to the narrative.

The cinematic language used in this montage scene is crucial to communicating all elements of theme, character and plot all at once. The result is a thrilling and thoroughly entertaining few minutes of cinema.

It is important to note that Hitchcock’s iconic career began in the silent era, starting with films such as The Lodger and The Ring. This helped establish Hitchcock’s mastery of visual cinematic language.

You can watch many of Hitchcock’s scenes with the sound turned off and still understand what he is trying to communicate. The Ernie’s restaurant scene from Vertigo is a perfect example of this.

This scene is a crucial introductory scene for the character Madeleine. The use of lighting and colour draws Madeleine out from the crowd.

In this scene, the cinematic language of the setting also foreshadows the events of the narrative. The scene communicates with the audience without them even knowing as the painting and wallpaper mimic flowers, a symbol of what is to come.

The slow pace and tone of the scene is also essential to showing that Madeleine is the most important thing to this narrative and to Scotty. It’s a perfect example of a film talking in its own language. It doesn’t need dialogue, the message is communicated by the visuals alone, with all that comes around it serving as further support.

This iconic baptism scene from The Godfather demonstrates the use of multi-linear storytelling as a cinematic language.

This technique is used to reflect Michael’s character arc, which has changed him considerably since the beginning of the film. Contrasting parallel scenes like this in your screenplay can create a lot more meaning to a climactic event as it enables the audience to gain an insight into the characters’ psychological state and feel tension towards the events that are unfolding.

The use of montage going in between the storylines is a portrayal of the conflict present in the film’s themes. The cinematic language is representing innocence and purity in the setting of a family baptism, but violence and death as Michael’s men go around murdering his rivals.

This scene is the perfect example of cinematic language. There is little dialogue telling the audience what is going on, but the use of montage, setting and action shows them instead.

Moreover, it’s the visual contrast that speaks volumes about the film’s themes – horrific acts of violence being carried out within the same moment as Michael speaks words renouncing sin. This duality is at the core of the film and we understand that by seeing it at the core of this climactic scene. The cinematic language of a montage is the only way to convey this duality, as it allows for many moments to be happening all at once.

But What Does This Mean for Your Screenplay?

Now it is time to consider applying cinematic language to your screenplay. Ask yourself, am I communicating with my audience? Does this part of my screenplay mean something to the film as a whole?

Here are some tips in creating a cinematic language throughout your screenplay.

Before writing a scene, write down what you are trying to say.

Watch Films and Look Out For Cinematic Language

Although some of these concepts will not be included in your screenplay, it is essential that you understand how they are communicated in films and TV. This knowledge will enhance your writing and allow you to create meaning and depth to your screenplay within the very essence of the writing itself.

Cinematic language is what makes a screenplay unique. It’s what justifies the screenplay’s existence in the format it is in and creates a compelling argument for realisation. This is why it’s so important, a moment for the screenplay to stand up and shout about its form and the content within it.

What is Cinematic Language?

Cinematic language is the methods and conventions of cinema that are used to communicate with the audience.

What Are the Elements of Cinematic Language?

The elements of cinematic language include camera angles, focus and movements, mise-en-scéne, lighting, sound and music, editing and performance.

How to Use Cinematic Language in Your Screenplay?

Be considerate of all the types of cinematic language even if you are not directly writing them. Always ask yourself what you are trying to portray in the scene that you are writing and analyse if all the different parts of your scenes are essential to the point and meaning of your screenplay overall.

This article was written by Daisy Hirst and edited by IS staff.

3 thoughts on “What is Cinematic Language and How Do You Use It?”