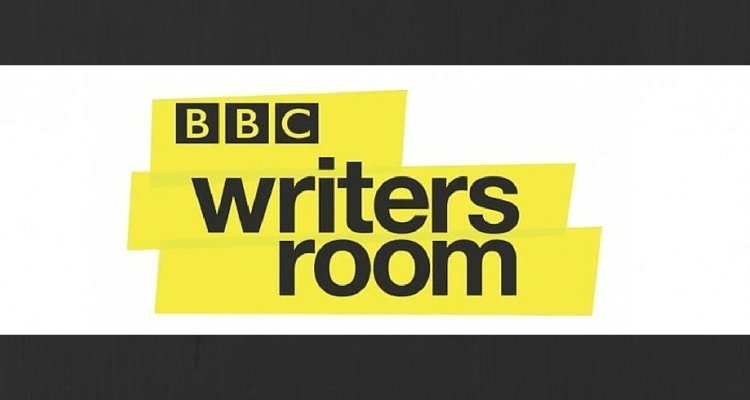 What is the BBC Writers Room? Writing may be a solitary task and, frankly, that’s often one of the things that appeals to those of us who do it, but every writer needs help before their work is ready to find an audience. For new writers, it’s essential and that is why resources like the BBC Writers Room are so useful.

Established in 1998 by then Head Of Radio Drama, Kate Rowland, the BBC Writers Room has been through many changes since then, but has always been a key resource for driving forward creativity and supporting the writing community.

“I wanted to come to BBC Writersroom because it is a special place that brings together some of the most creative people in the country”.

Today’s aspiring writers are tomorrow’s creators of important culture and entertainment. The BBC Writers Room provides them with so much help and support. New talents need their writing analysed by others and to learn to analyse others’ scripts, and the free script library offers a great way of practising that rare skill.

From popular CBBC shows like WOLFBLOOD and WORST YEAR OF MY LIFE… AGAIN! and zombie drama IN THE FLESH to the adventurous THE LAST HOURS OF LAURA K and drama shorts compendium THE BREAK, many writers have had projects hit the airwaves through the BBC Writers Room.

Dominic Mitchell won the BAFTA for Writer – Television Drama for IN THE FLESH and said:

“I truly don’t know if I would have had the stubborn gumption necessary to continue developing IN THE FLESH if BBC Writers Room hadn’t been so encouraging and supportive in those early days.”

Chance to have your screenplays read

The old system where scripts could be sent in unsolicited and still get read has sadly not been in place for a while, but the BBC Writers Room still offers open submissions through its Script Room scheme. There’s one window a year for drama and another for comedy. Every writer who’s shortlisted benefits from the wisdom of the experts and professionals.

We want to see the best possible draft you can achieve. We are not looking for early/first/rough drafts of scripts. Only submit to the Script Room when your script is ready.

Competition for these spots is inevitably intense, and at the first stage readers will only read the first ten pages of a submission. Common sense dictates that you should wherever possible book a script report from a trusted, professional company first, giving you the best chance of honing your script and being shortlisted by the Writers’ Room. Very raw scripts rarely progress unless they show exceptional promise.

Great insights into how TV dramas are made

Even if your interest in script-writing isn’t because you want to actually do it, there’s a treasure trove of information on the BBC Writers Room, not least in the epic Script Library. There’s plenty of interviews with and blog posts by professional writers working both in the UK and abroad, talking about their jobs and how their shows are made. Learning from the people who do it for a living is vital.

We’ve already mentioned THE LAST HOURS OF LAURA K, a story that’s told across websites and social media and immerses its audience within its world. That’s the kind of experimental storytelling that comes from encouraging and nurturing young creative talent, not the kind that traditional media outlets normally provide.

Highlights opportunities for writers across the UK

The BBC Writers Room is based in London and Salford, but spreads its reach across the UK, calling attention to region-specific awards, competitions and production companies. A must-view page for aspiring writers who might be thinking that a career break is impossible without first moving to the city.

The BBC’s Continuing Drama department makes shows like EASTENDERS and HOLBY CITY and needs a steady flow of writers and scripts to sustain their many episodes. Scriptwriters with agents are welcomed to apply to be part of a Writers’ Scheme for each show, where they will be brought up to speed on how to write for them. Selected writers will be mentored and commissioned.

The BBC Writers Room has an important part to play in opening up opportunities for anyone who wants a career in writing, which is incredibly important for communities that are still under-represented in the media.

For example, Shakeel Ahmed’s series of shorts MY JIHAD were shown on iPlayer, while the Trans Comedy Award has seen BOY MEETS GIRL become a transgender sitcom that had two seasons commissioned for BBC Two. Co-writer Elliott Kerrigan explained:

“I saw the Trans Comedy Award on the Writersroom website and I know how important it is to see your life shown on TV in a positive and progressive way. A TV show like WILL AND GRACE meant and still means a lot to me. I could watch it with any member of my family and not feel awkward or like I wanted to watch it by myself in my room. That’s the kind of show I wanted to write”.

It has a bright future

From being attached to the Radio Drama department back in 1998, the BBC Writers Room has always embraced evolving technology, both in the way it communicates with writers and the opportunities it gives them for presenting their stories. There’s no reason why this shouldn’t continue if it gets the right support from the BBC, keeping it at the cutting edge which is where it needs to be.

This is so crucial. Because it’s from the BBC, the content, the opportunities, it’s all free, offering resources that few other bodies could do for writers looking to learn their trade.