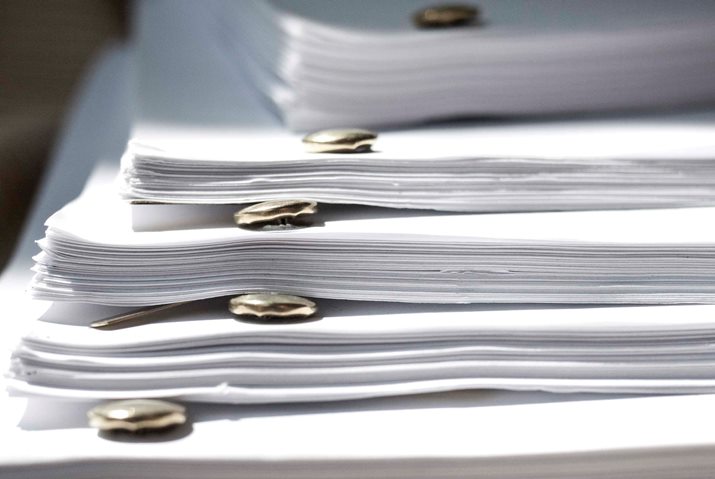 A couple of months ago I had a friend round for dinner who just so happens to be the Head of Development at one of the best TV companies around.

In a series of what appeared to be ginormous coincidences, I also just so happened to have recently completed a spec TV pilot that would just be dang-near perfect for her particular organisation’s remit.

The conversation ‘just so happened’ to turn to our social behaviour when we used to work together, my TV pilot just so happened to cover that very material and, wouldn’t you know it, suddenly she was sending me text alerts at the table to remind me to send her the script without further ado in case she died of excitement waiting to read it.

And so I just so happened to do exactly that.

I emailed it over to her at a speed roughly approaching the sound barrier, before her hangover even had a chance to make her forget everything that had happened the previous evening.

A week passed and I turned to my husband:

“It’s only been seven days”, he said, “she’ll probably read it next week”

But I knew better.

I knew it would be more than three months before I would get read. I knew it, she knew it, only my husband (who can sometimes resemble one of those happy, perma-grinned frogs you see dancing in the background of a Disney musical) was optimistic enough not to know it.

For clarity: if your script is not devoured within week one of its arrival in the office, it becomes part of a complex hierarchy not seen since the high school prom system of John Hughes’ movies.

How do I know this? I know this because I was once a Head of Development and had to operate my own strict hierarchy in order to keep on top of the material-flow.

As suggested above, there is a frighteningly clear structure to an executive’s script pile, and it pretty much rolls like this:

Tier 1 material: Read the stuff the company actually paid for

First off, my dinner chum will have to read those drafts of things that the company actually paid for. Commissions. Right away. As if the screenplay will explode like a Securicor Box and spray permanent red ink all over her if she leaves it for so much as one day. And quite rightly so. Someone more important than her awaits it and that’s the financier. The one who will give that writer money to pay off all those debts left over from the days when they were just a subordinate spec script writer languishing at the bottom of the pile. (ahem)

Tier 2 material: Read the stuff the boss has told you to read

Next up, there’s the material her boss got sent personally, either by someone absolutely brilliant/one of the beloved “name” writers who appear on all the shortlists and are rarely available, and which ideally our exec would like to drop everything for and read right this minute because she’s so excited to even come into a Venn diagram with talent of this caliber, or by someone who once babysat her boss’s dog and who has written a 400 page M. Night Shyamalan rip off in purple crayoned rhyming couplets with some random goose feathers stuck to the back of it. Regardless, once the Big Woman/Man is involved, her neck has the same attraction as Lady Jane Grey’s. Good or bad, these scripts need to be off her desk before her boss has even finished summing up his relationship to the lucky scribe.

Tier 3 material: Read the A-list material flowing around town so you have an opinion on it

Then there are those specs doing the rounds from named writers which she knows everyone in town is reading right now and for which she has a genuine case of The Fear about the thought that the company directly in competition with her own will snatch it up and her senior will spend the rest of her entire career referring to as if she’d lost their actual child in a game of craps.

Currently propping up the bookcase that lost a leg are the next tier, the 659 scripts she collected from doing a round of meetings with all of the town’s agents, feigning indescribable enthusiasm about a biopic of Edward Jenner, pioneer of the smallpox vaccine, and ending up with the full compendium of the agencies’ entire clientele’s work. Gotta be read. Those agents write things down, you know? And they’re ever so sparing with the return calls when it’s she who is remiss…

Tier 5 material: Read referrals and the cream from the masses

Below this are the scripts that have either been personally referred by a trusted colleague, or ones that appeared on the Blacklist, the Brit List, Industrial Scripts’ own Talent Connector or have been written by a Screen International Star of Tomorrow. Everyone else will know them before her. She might miss something that will take months to happen anyway if she doesn’t read them right away. She simply has to call them in before she’s in danger of being able to see over her reading pile. They. Must. Be. Read.

And then there’s me. The friend read. Or worse still, the friend of a friend read, done as a favour, carried like an albatross rotting with maggots until that day when there are no more excuses left in the barrel of embarrassment. These scripts are the scrawny nerds in Weird Science, so low in the social stratum that they don’t even know there’s a prom let alone have a date for it.

Tier 7 material: Everything else

All the other scripts being written out there? That’s where these lurk. At least for the time being and until someone begins championing them.

Tier 6 is where I sat, for three months, knowing my place in the Development Exec’s hierarchy and willing the summer months to approach so that the entire industry would go on holiday and my script would creep up the pile and into my friend, the Head of Development, at the perfect home for this work’s, hands. And at the end of those twelve or so weeks, my script did get read.

And, it just so happened, that she not only rather enjoyed it but I now have a meeting on it next week.

Either guilt is a wonderful thing or sometimes, it’s just worth the wait.

Tamzin Rafn is a screenwriter and former Development Executive, represented by Casarotto Ramsay in the UK and WME in LA. She wrote ALBATROSS and worked in the main vein of script development in the UK at an organisation of note. No she cannot read your script, Industrial Scripts do that and do it well thanking ye kindly. You can follow Tamzin on Twitter, or you can check out her IMDb profile.