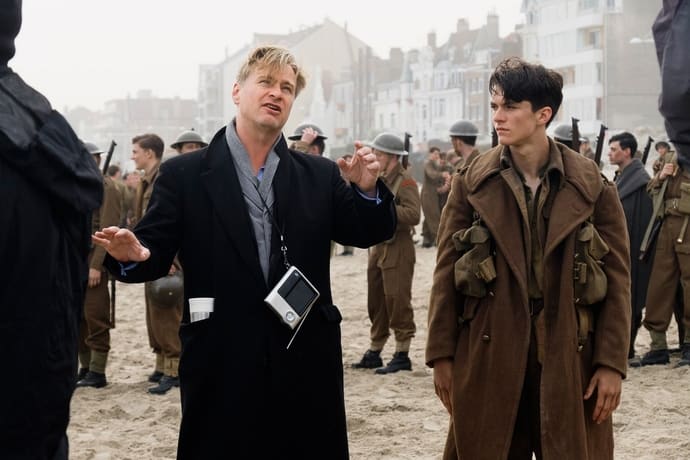 Christopher Nolan is the recipient of over 30 Academy Award nominations, and 10 wins. He is one of the most influential auteurs working in the industry today; his films having received immense critical and mainstream praise.

Nolan worked as a script reader and director for corporate videos until finding his first taste of critical success in 1998 with the release of his first feature film, Following. His major breakthrough was just around the corner in the shape of the psychological thriller Memento and the star-studded Insomnia only two years after.

Since then Nolan has become a stalwart of mainstream Hollywood cinema. Re-booting the Batman franchise was no easy feat at the time (2005) but Christopher Nolan injected a new and dark life into the series, with his Dark Knight Trilogy.

This arguably set the tone for the superhero wave that would sweep Hollywood in the decades to come. Nolan redefined what could be achieved within the genre, taking influences and styles from other genres (like political thrillers/detective dramas) and infusing them in the Batman story.

With such success under his belt, Christopher Nolan took the opportunity to explore the ideas that interested him. He has since become known for making films that have a strong genre streak (war, psychological thriller, sci-fi) but do something innovative with form, structure or content.

Interstellar, Inception and Dunkirk proved that Nolan was interested in telling big stories on a big scale. But he was determined to do so with a clear auteur edge, not letting big budgets get in the way of technical ingenuity and innovative story structure. Tenet continues this tradition on in fine form.

Nolan has proved time and time again that he is a consummate professional with the utmost dedication to his craft. It’s clear that any knowledge that he could impart upon hopeful writers or filmmakers would be greatly valuable. So we’ve gathered together 15 of the most insightful Christopher Nolan quotes for you!

1. “Really every job I did, including corporate videos, industrial training films, where I’d have to go to a company and throw up some lights and shoot interviews with executives, you’re always learning about your craft.”

2. “The larger the films have become, the more I’ve been able to appreciate the learning that I did by doing.”

3. “When you’re doing films, just with friends, with no money, on a shoestring. You have to be able to do all the jobs… And it’s a wonderful way to learn everything.”

…The Essentials to Bear in Mind

4. “It’s most important to just throw yourself into it, just putting everything into the project that you’re working on.”

6. “You always have to be aware of an audience is extremely ruthless in its demand for newness, novelty and freshness.”

7. “Everybody’s situation is unique, and the one thing I’ve learned is that instead of copying someone else’s model for a low-budget film, you really have to look at what you’ve got available and see how you can tell the story you want to tell, using the things that you have around you.“

Christopher Nolan Quotes on Being A Real Filmmaker…

8. “Even if you can drill a hole in the set, why not keep the camera inside that physical space? Because I think that it’s very important to maintain that appropriate physical relationship between camera and performer that you need for storytelling. “

9. “It’s encumbered on us, as filmmakers to try and push whatever boundaries we can, and not be beholden to a theoretical rule set.”

10. “I try to be as efficient as possible because in my process, I think that actually helps the work. I like having the pressure of time and money and really trying to stick to the parameters we’ve been given.”

11. “I’ve always believed that if you want to really try and make a great film, not a good film, but a great film, you have to take a lot of risks.”

12. “My real interest is point of view. Deciding what’s the point of view we’re trying to express, who’s eyes are we seeing the story through?”

13. “I started to grasp that storytellers turn to evocative images for a reason – these things are evocative because they have layers that film-goers can pick up and interpret in their own own way. And that was something I very much needed to learn and get on board with.”

And Finally… Christopher Nolan on Writers Block (It Happens to All of Us!)

15. “You need time. And that doesn’t mean necessarily even working full-time on it itself — it means time to throw some ideas together and then let them sit, go off and do something else, come back and see what still feels right.”