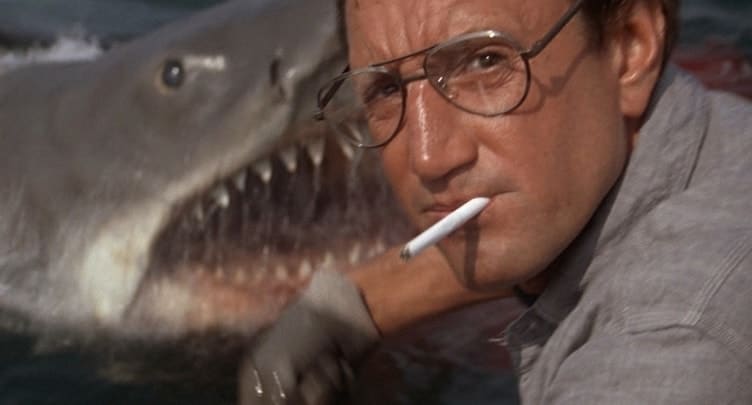 External conflict is when characters are faced with forces outside themselves, beyond their control, which oppose their needs and wants.

A protagonist has a long life outside the point at time in which we are seeing them and. The external conflict is usually the reason why we are meeting them at this point in their life. This is unless of course the story encapsulates the protagonist‘s entire life, in which case conflict will be many and varied.

There are three primary forms of external conflict within screenwriting. Each is vital to understanding antagonists and obstacles.

These three forms of external conflict are the most common but not the only forms. There are other subcategories that can be extrapolated from each. These often include:

Let’s take a look at some examples…

A fitting way to begin an article written during a global pandemic is to describe the Nature vs. Character dynamic of the external conflict in Steven Soderberg’s 2011 thriller Contagion.

The obvious external threat in this film is the virus that is killing 1 in 4 of the world population, spreading at an overwhelming rate and leading society into chaos. This external conflict speaks to a valuable and often cited theme within cinema (and art in general), humans fighting to survive in the unnatural habitat they have created in the modern world.

The film follows an ensemble cast as they each find their own ways of coping with a pandemic. We watch as scientists at the CDC attempt to create a vaccination, as members of the public deal with the impact of the virus on their lives and as W.H.O. officials try to find out the source of the virus.

The entire plot revolves around the pandemic. It threatens every character’s primary goal, to survive, thus serving as the external conflict and main antagonist for each character. It also breeds other external conflicts, such as the rioting in the streets, which in turn affects the characters.

Example 2: The Zombies in 28 Days Later

The Nature vs. Character external conflict in zombie films, such as Danny Boyle‘s 28 Days Later, is the zombies themselves.

The zombies threaten the lives of the protagonists. Cillian Murphy’s Jim wakes up from a coma to find the world as he knows it has ended. The external conflict in this film is the zombies who are trying to kill Jim and the other humans. Again, similarly to Contagion, it’s a virus that spreads amongst the population causing the zombie epidemic.

Other external conflicts in 28 Days Later are impacted and created by the apocalypse that the zombies have brought about. Christopher Ecclestone’s Major Henry West is the leader of a group of soldiers who have become radical in their response to the apocalypse and attempt to abuse Selena and Hannah.

From the moment the Great White shark kills its first victim it becomes the primary antagonist. Jaws is a threat to the lives of the people of Amity Island. Brody’s quest to kill the shark and keep the people of the island safe makes up the main drive for the film.

The shark is also a threat to the reputation and profitability of Amity Island, as the town cannot function as a tourist attraction and holiday location unless the town is safe. So it’s both the livelihoods and lives of the residents that are threatened by the Great White.

The tone of this external conflict is so memorable because of the atmosphere surrounding it as well as the its brute, animalistic force. The shark is such a beast that no human could defeat it at face value. It takes cunning, skill and heroics to defeat.

The dual protagonists/antagonists in Michael Mann’s crime masterpiece Heat are a perfect example of the Character vs Character conflict. In a story where both characters’ goals are in direct opposition, Neil and Vincent become the external conflict to one another.

In the scene below, both characters tell each other that they will stop at nothing to achieve their goals. They both are willing to kill the other if it comes to it. This makes the conflict between them all the more compelling as the stakes are raised and the likelihood of a solution is hard to see. Simply, there won’t be a solution without conflict.

“If it’s between you, and some poor bastard whose wife you’re gonna turn into a widow – brother, you’re going down.”

Pacino’s detective openly states that he’s willing to kill McCauley should it come to it. He faces external conflict to catch McCauley and stop him from committing crimes. This creates internal conflict within him, including his inability to commit to his marriage.

“There’s a flip side to that coin. What if you do got me boxed in, and I gotta put you down? … I will not hesitate, not even for a second.”

Likewise, McCauley states his desire to evade capture at all costs. Each character’s willingness to kill the other should it come to it drives the plot forward and creates internal conflict within each.

Neil’s internal conflict stems from this external conflict represented by Hanna. He is unable to build a life for himself because of his life of crime and his need to have to disappear at a moment’s notice.

This “two sides of the same coin” is a dynamic in external conflict that is common in films. Similar dynamics include, for example…

War never changes. The most obvious form of external conflict is the war between two nations and ideals. In this sense, it is an example of Character vs Character.

Every soldier wants the same thing, to survive. But they stand in the way of each other’s desire to survive. They also commit their lives to their countries or a cause, which could be seen to be an example of Society vs Character, an ideal or nation state forcing characters into situations that leave them at risk of death.

Again, the film also incorporates elements of Society vs Character, the characters being forced to kill each other by the authority figures in the film.

Similarly, in The Hunger Games, The Running Man and Battle Royale, this opposition of survival is literal as only one competitor can survive.

Films about sports teams competing or competitive fighters also incorporate this conflict. For example, Warrior positions two opposing fighters in direct competition, both having to fight to survive and win the bout.

Example 6: Divorce in Kramer vs. Kramer

In the first half of Kramer vs. Kramer, the audience witnesses Joanna leave her husband and then watches from Ted’s perspective as he learns how to be a good father.

The above scene comes at the midpoint of the film. After 18 months away, everything changes as Joanna returns seeking custody.

Divorce as an external conflict is very intricate in that it creates an awful lot of internal conflict for each character. In Kramer Vs Kramer both main characters want custody of their son, Billy.

The divorce is the conflict in the film, it drives the plot forward and influences Ted, Joanna and Billy throughout the film. But also, intriguingly and arguably, this external conflict is one born from internal conflict itself.

In The Incredibles, the external conflict is also Character vs Character.

The primary antagonist, Syndrome, wants to make himself super and wants what Mr Incredible has – superpowers. He is jealous of the superpowers and resentful of the luck at being super through genetic convenience. Meanwhile, he believes his genius goes unrewarded. So he seeks to kill the supers and replace them with his technology based super persona.

“When everyone is super, no-one will be.”

In this statement Syndrome shows the jealousy that has festered in him since he was “Incrediboy” and ultimately rejected as Mr Incredibles sidekick. The internal conflict within him fuels the external conflict in the film.

The Incredible family’s mission is to defeat Syndrome and prevent him from achieving his goal. They are fighting for their own survival and have to fight against Syndrome to do so.

The external conflict in The Florida Project is Society vs Character. Halley and her daughter Moonee are poor and much of the film is focused on their inability to achieve what they want because of this poverty.

Poverty is at the heart of this realist drama. All of the conflict and obstacles that the characters face stem from money, or lack thereof. Not only that but the film explores the way in which society traps those in poverty. They not only face external conflict because they live in poverty but hope of escaping it also acts as a kind of external conflict.

Other films portraying this kind of Society vs Character dynamic include…

Example 9: A Totalitarian Society in The Handmaid’s Tale

In dystopias the conflict is integrated into the world itself through Society vs Character. In The Handmaid’s Tale, for example, June and the rest of the Handmaids are oppressed by the patriarchal ruling government in Gilead. The state restricts their hopes, dreams, goals and any sense of an independent life. Moreover, it does this because they are women.

The Handmaid’s Tale presents quite an overt form of the Society vs Character form of external conflict. It does this largely via the fact that the society is so large, extreme and powerful and the characters facing it are so small. This uphill battle, however, is what makes the conflict so compelling, the odds small but all the more rewarding if and when overcome.

Time is the Nature vs Character external conflict that faces all humans on the planet. Mankind has a limited amount of time in life and all are faced with the challenge of doing as much as possible before time runs out.

Time and the approach of death are surprisingly prominent in Toy Story 3.

Once they are safe, the toys then watch as Andy gives them away to Bonnie. They discover that they have a new lease on life and a new person to spend time with.

Time takes on both a literal and deeper meaning in Toy Story 3, creating a kind of layering of external conflict.

This layering of external conflict is crucial to the appeal of a film such as Toy Story 3, capturing younger and older audiences alike.

Time in other films

Time is a frequent source of external conflict. Often protagonists have to do something before a deadline, with a varying degree of stakes and tone at the heart of the deadline and potential outcome.

Time could be integral to your screenplay. Like the previous examples of external conflict, it could be the basis to your writing. It’s a jumping off point for your story from which you can raise the stakes and incorporate other conflicts, both internal and external.

As we’ve shown, external conflict can take a myriad of different forms. It might be a starting point but by no means is it a finishing point. Instead, it serves as a flame to touch-paper, starting a fire that captivates but that has little limits in what it can encompass and impact.