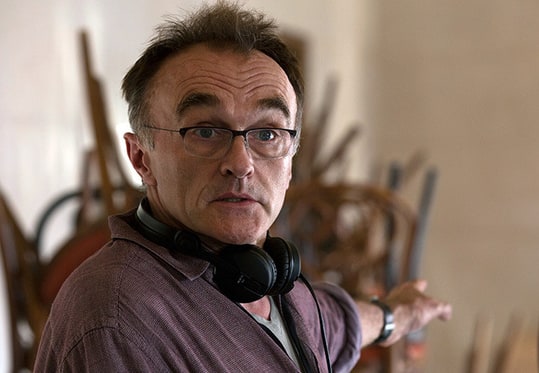 His mother had plans for him to go into the priesthood. But Danny Boyle left the path of Catholicism and found a new religion, whilst studying English and Drama at university. It was a passion for drama and it would eventually lead him to filmmaking.

Danny Boyle is best known for the films:

Danny Boyle began a career in theatre, eventually going on to direct five productions for the Royal Shakespeare Company.

In 1987, he became a producer for BBC Northern Ireland and a television director for TV dramas such as Inspector Morse.

But his debut film was soon to follow: Shallow Grave (1994), a black comedy crime drama about three friends who find their flatmate dead with a bundle of cash.

It won the BAFTA Award for Best British Film and earned him the Best Newcomer Award from the 1996 London Film Critics Circle. It announced him as a filmmaker.

Boyle became a cultural influence for a generation with his adaptations of two novels: the Edinburgh drug caper, Trainspotting, and Alex Garland’s The Beach, with Leonardo DiCaprio.

The 2008 project, Slumdog Millionaire, was met with resounding praise – nominated for ten Academy Awards and winning eight, including Best Director.

Always changing and unpredictable, his theatre background came back to life with a production of Frankenstein for the National Theatre in 2011.

However, it was the monumental ceremony of the 2012 Summer Olympics, for which Boyle was the artistic director, that may be his greatest creation of live theatre.

A chameleon of cinema, Danny Boyle is known for his ability to work within many genres of film. The approach he takes towards creativity is unique in his defiance to be comfortable or content.

Therefore, we will be sharing 15 Danny Boyle quotes of wisdom for writers and filmmakers, discussing the power of vulnerability, humour, and drama.

Danny Boyle Quotes on… The Freedom of Vulnerability:

1. “I have this theory that your first film is always your best film in some way. I always try to get back to that moment when you’re not relying on things you’ve done before.”

2. “Always changing genres, making very different films is a good idea. It’s a way of making yourself feel vulnerable again, getting back to that innocence. As is working within a circumspect budget.”

3. “We always try to do films that are slightly different to the last one, and that’s partly trying to chase this dream of getting back to that state of not knowing what you’re doing. You’re discovering it as you make the film.”

5. “To force yourself out of the comfort zone, the main ingredient is trying to work in a world where you haven’t been before, that you don’t know the rules of. And that involves a lot of research, so you begin to see where the other people have been, but you are starting from as vulnerable and as low a point as possible.”

6. “It’s a good place when all you have is hope and not expectations.”

Danny Boyle on… The Power of Drama and Humour:

7. “I find that people find a way out of misery through humour and it’s humour that’s often unacceptable to people who are not in quite such a state of misery.”

8. “We want to see drama told in a cathartic way, with power, with emotion, where you empathize and then you’re frightened. All those feelings charge up in you and you feel for the story.”

9. “I don’t want people to sit there and objectively watch the film. I want them to experience it as something that’s under their skin. So you try to make the films really tactile.”

10. “It’s interesting, the worse things get in cities, the tougher that cities get, the more brutal the humour is. The tougher [things] people face, the darker the sense of humour gets and I find that incredibly optimistic.”

11. “If you take a loud pride in anything, people will rightly shoot you down.”

12. “The film industry is a pretty brutal business. If you fall too far behind, all of the perfectionism in the world won’t save you.”

13. “If you have to be persuaded about something, you shouldn’t do it.”

14. “To be [an artist], you have to lead. You have to be psychotic in your desire to do something. People always like the easy route. You have to push very hard to get something unusual, something different.”

15. “I say to first time filmmakers that when they’re asked, they should go to America as you’re far more likely to get a chance.”

This article was written by William MacDonald and edited by IS Staff.