Internal conflict is a powerful and absolutely essential tool used by writers and filmmakers in drama. These ten examples, as well as the internal conflict definition below, definitively prove it.

Most, if not all, of the great TV shows and films are rife with internal conflict.

the psychological struggle within the mind of a literary or dramatic character, the resolution of which creates the plot’s suspense

Mastering internal conflict in terms of screenwriting can be an essential part of building drama. 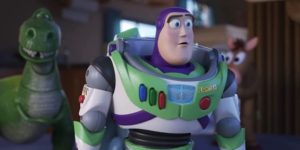 In the first TOY STORY film Buzz Lightyear represents the core internal conflict of the movie. He’s a toy who doesn’t realise he is a toy.

This conflict defines his role within the ensemble cast, as the other toys are aware of their existence. Woody, in particular, seeks to make Buzz realise he is a toy.

Whilst this might seem a flippant internal conflict, it represents something wider meaning and relatable. It’s the conflict between who you think you are and who you really are.

Buzz eventually accepts who he is and is happier for it.

He finds his place with the other toys, rather than the more isolated figure he is at the start of the movie when he thinks he is a ‘real spaceman’.

This internal conflict arc plays out further in TOY STORY 2. Buzz has to make another Buzz Lightyear doll realise that he is a toy, just as Woody had done to him in the first movie. 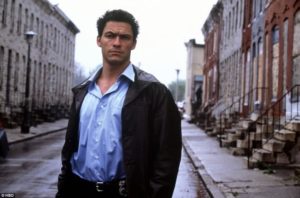 The embittered police detective in HBO’s THE WIRE has an internal conflict that plays out throughout the show’s five seasons.

In simple terms, Jimmy’s internal conflict is about the conflict between his work and personal life.

He has a commitment to doing his job the right way. However, his job damages his health, stopping him from living a healthy personal life.

It seems he can never have both at the same time.

Barry’s internal conflict is whether or not he can operate in the world as a ‘good’, ‘normal’ person.

His protagonist’s goal is to live a ‘good’ life but his ruthless pursuit of this goal ends up being what gets in the way of him achieving it.

Furthermore, Barry is consistently tested throughout the series.

Just when he thinks he’s getting away from his old life he is forced into making decisions that get to the very core of whether or not he can live a ‘normal’ life. 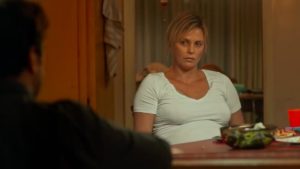 Marlo (played by Charlize Theron) is the protagonist of TULLY.

Marlo’s internal conflict is the pressure she puts on herself to cope and manage three children. It’s also the distance she feels from her younger self and the anxiety she feels about becoming the person she never thought she would.

Her internal conflict manifests in a dynamic, cinematic way.

Her struggles with her self become manifest in Tully, the young nanny on which she projects everything that she is not.

A final twist in the final act of the film (of which we don’t want to spoil) reveals just how visceral this internal conflict is. 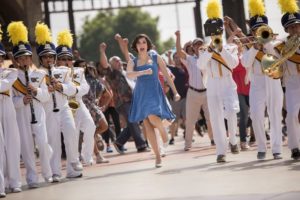 The protagonist for the TV series CRAZY EX-GIRLFRIEND is a wonderfully inventive and dynamic internal conflict example.

Her internal conflict is shown in an entertaining, comedic way.

It’s able to get to a truth about what it is to be living with mental health issues.

Particularly the musical numbers are a wonderfully dynamic way of manifesting conflict within the mind. They prove entertaining but none the less deeply powerful and resonant. 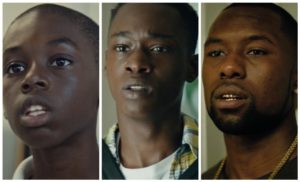 In MOONLIGHT the protagonist, Chiron, struggles with his sexuality and his own acceptance of it.

This struggle manifests in external conflict in the way in which he has to fight off the prejudices he faces.

However, his internal conflict also represents this theme.

Throughout the movie, we see the manifestation of Chiron’s internal conflict on himself.

Chiron’s internal conflict is one of the most powerful seen on screen in recent years.

The reach and success of MOONLIGHT shows just how powerful and tangible of an effect internal conflict can have on an audience. 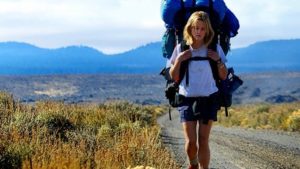 In WILD, the protagonist Cheryl Strayed sets out to complete the long and challenging 2,650-mile Pacific Crest Trail.

A fox that Cheryl keeps seeing along her way, serves as a manifestation of her internal conflict, as she believes it is the spirit of her mother watching over her. 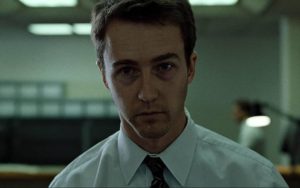 Perhaps the most famous and dynamic internal conflict example on this list, that of The Narrator (played Edward Norton).

We’re going to assume you’ve seen FIGHT CLUB, so spoilers are ahead…

The Narrator meeting Tyler is one of cinema’s greatest inciting incidents. Tyler represents the change in The Narrator’s life that he barely knew he needed until it happened.

In the movie’s final act, The Narrator’s internal conflict is revealed to be greater than we even thought when it’s revealed that Tyler was a manifestation of his own mind the whole time.

The FIGHT CLUB twist lives long in the memory.

The way in which it so perfectly represents the internal conflict of the protagonist without the audience knowing it until it happens, is a big reason for this. 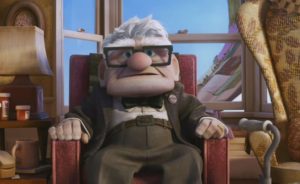 The grumpy protagonist of Pixar’s UP has an internal conflict that powers the journey element of the story.

Carl’s inner conflict is the cynical old man he has become versus the adventurous spirit he once was and is deep down.

Carl is forced to help Russell and comes across a true cynic, in the villain Charles Muntz. Through this Carl realises that his insular state was his own way of protecting himself from further sadness.

Russell makes Carl realise he can still be the idealistic man he always wanted to be, despite being in the autumn years of his life.

It serves as a very relatable conflict and is why the movie rings so emotionally true for so many audiences. 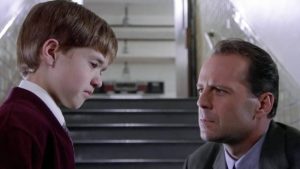 In THE SIXTH SENSE, Malcolm Crowe (played by Bruce Willis) is a child psychologist. He’s pre-occupied with a young boy, Cole Sear (played by Haley Joel-Osment), who claims he can see ghosts.

We’re going to again assume this is a movie that most of you will have seen but if not, spoilers ahead!

It is Malcolm’s inner conflict that brings he and Cole together in the first place. It’s not Malcolm’s ability to help Cole, as Malcolm initially believes.

THE SIXTH SENSE is a great bluff on internal conflict. We don’t see Malcolm Crowe wrestle with wether or not he is dead.

The absence of this is the very thing that makes the final twist so surprising and powerful.

In the end, the two characters help each other overcome their own internal conflicts. This in spite of  Malcolm (and the audience) not knowing this throughout the movie.