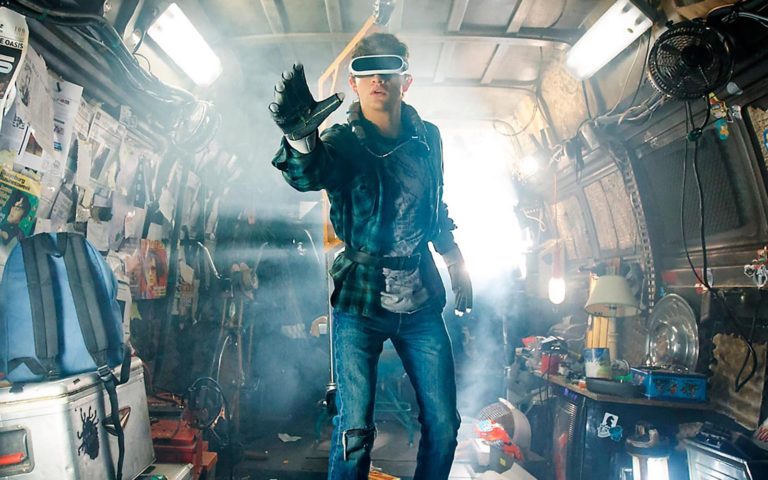 The second act is all about escalating stakes.

There’s a gap in the classic three act structure as extolled by many screenwriting books and teachers. The problem is the second act, which is usually the bulk of the story.

Depending on your terminology of choice, you’ll likely find a plot point or turning point at the end of the first act. There might be another in the middle of the second act (the midpoint). Then there’s a low point before the third act.

But what comes between all of these? Blake Snyder might call it “fun and games” or the “promise of the premise”, but it can be hard to see through this jargon.

It doesn’t help that some recent blockbusters have even abandoned any semblance of second acts in favour of constant action.

While adding a subplot is one potential route, subplots alone are not sufficient for addressing the all too common second act sag. Ideally, the audience are focused on and invested in the protagonist and their storyline and want to see that continue.

The real challenge of the second act is finding the best way of escalating stakes in between these major turning points.

Escalating the stakes means being careful to not use up your best set-piece ideas early on in the story.

For example, in the James Bond film DIAMONDS ARE FOREVER, a car chase through Las Vegas that happens about halfway through is more exciting than the oil rig assault climax in the third act.

READY PLAYER ONE - The Prize Awaits

In READY PLAYER ONE, the car chase and the extended riff on THE SHINING are both more exciting and imaginative sequences than the big battle at the end, in which every single player in the virtual reality world of OASIS joins together in an army.

(This may also be a function of the film’s video game setting and structure, a quest for three “Easter eggs” where the stakes remain fairly constant throughout. Whenever the story wants to heighten the stakes, it has to cross over into the real world.)

At the same time, escalating stakes doesn’t necessarily just mean the external stakes. There’s a hierarchy of stakes which can vary depending on genre.

For example, the airport fight in the Russo brothers’ CAPTAIN AMERICA: CIVIL WAR is a huge set-piece, bringing in almost every superhero established in the Marvel stable so far.

However, there’s more at stake in the one-on-one showdown between Iron Man and Captain America at the end of the film. Two former friends now fighting, possibly to the death, over a fundamental, irreconcilable disagreement.

The comedy BLOCKERS, written by Brian Kehoe and Jim Kehoe is another example of a hierarchy of escalating stakes. It centres on three parents trying to stop their teenaged children from fulfilling a pact to have sex on prom night.

Naturally, the parents first go to the prom themselves. If the parents catch their children here, however, the story would end prematurely.

So they follow them to a series of locations, from a house party to a hotel where an entire floor has been rented out for prom-goers.

While this seems like a fairly loose structure, it’s still a geographic progression, which makes sense for a film that’s essentially one long chase. At one point, the parents lose their car and so have trouble keeping up with their children.

In times of crisis, parents are known to have super-human strength.

But the emotional progression is more important. These emotions create the escalating stakes, even when the external stakes barely chagne. At each new location, the possibility of the teenagers going through with their pact becomes more likely and more real.

Each location is more private and has more obstacles (in the shape of other teenagers), making the parents more desperate. What’s more important to the characters and the audience: a car, or their relationships with their children?

Alex Garland‘s film ANNIHILATION offers a horror movie equivalent. In it, the fear of entering the mysterious “shimmer” is somewhat mitigated by the group dynamic between the characters. The team, each with their own specialism, are going in together.

Although their experiences in the “shimmer” become increasingly surreal, the escalating stakes follow a straightforward pattern. Every time a character is injured, weakened by mysterious disease, disappears or dies, the stakes are raised for the ones that are left.

At the same time, tensions grow between Lena (Natalie Portman) character and the others. Her husband (Oscar Isaac) is the only one who’s made it out of the “shimmer” alive. She’s hiding this ulterior motivation from the others. She’s also questioning herself and her own past. These internal stakes enhance the

With these escalating stakes, will she be able to survive (physically, mentally) long enough to reach her goal?

In episodic and anthology television, each episode tells a relatively self-contained story. The same principle of escalating stakes on both external and internal levels applies within individual episodes.

However, the current trend is very much towards serialised television, to produce something “binge-worthy.” An escalation from every episode to the next is probably unsustainable. Some episodes will naturally have lower stakes than others.

A careful balance is required. Raise the stakes too early and there’s nowhere for the series to go. A show that never changes or raises the stakes feels like its spinning its wheels.

(This might be less of a concern for British shows, which tend towards shorter seasons. American shows are on the whole designed for longevity.)

Whatever the case, it’s important to concentrate on the fundamental scenario, the recurring moment. What will sustain multiple episodes between the setting up in the pilot and the endgame of the finale?

For example, in Vince Gilligan’s show BREAKING BAD, Walter White’s power and position in the drug underworld is always shifting.

However, his main conflict is consistent, even to the final episode. He has to dispose of his enemies, bend his ostensible allies (at first only Jesse) to his will, and hide all this from his family as much he can.

This premise suggests how the stakes can be raised. Walter’s enemies get stronger, better connected and more ruthless. His allies start questioning or abandoning him. His family become at risk and then start finding out about him. All the while he’s losing grip on his morality.

With the right amount of planning and thinking through a premise before writing, the escalating stakes should suggest themselves.