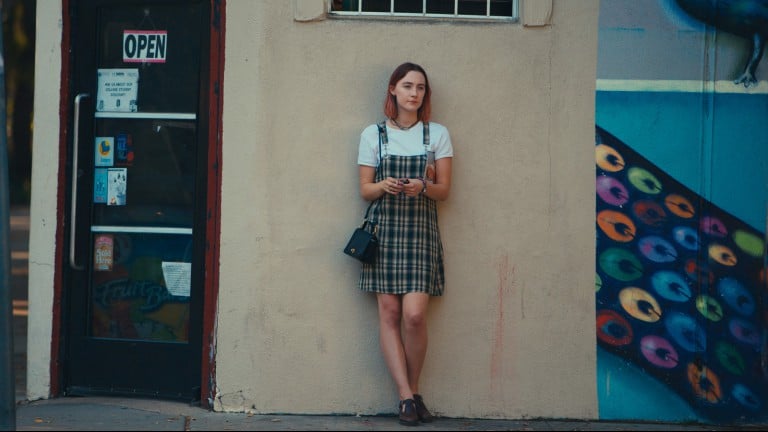 One common complaint about screenplays by newer writers is that they don’t propel the audience through the story. They don’t give a reader a reason to keep reading or a viewer a reason to keep watching. It’s often because the writer hasn’t considered the urgency of the story they’re telling.

By now, audiences are familiar with bombs that count down to doomsday, or gruff superiors who give their underlings 24 hours to solve a crisis. While these are still effective (witness any number of recent MISSION: IMPOSSIBLE or James Bond films), ticking clocks can also take other forms.

In THE SHAPE OF WATER, a mute cleaning woman falls in love with a strange aquatic man kept in a government facility. However, it’s not until the creature is scheduled to be vivisected that the plot kicks into high gear, making her determined to rescue him.

In THE SHALLOWS, Nancy is stranded on a rock while a shark circles her in the water. She knows that when high tide arrives, the rock will be submerged.

There are plenty of stories and genres where an obvious ticking clock counting down wouldn’t be suitable. Urgency is equally important in dramas that don’t feature super-villains with nuclear bombs, fiendish puzzle death-traps or killer sharks.

Some characters lack clear goals. Maybe they have misguided, self-destructive goals that the audience are rooting against. There are also types of stories that naturally have low stakes.

However, combined with a lack of urgency, this can be fatal. Urgency creates an implied contract with the audience. It’s a promise that whatever the protagonist is doing is important.

This specific passage of time, between opening and closing credits, is worth watching. Even if the characters’ goals or stakes aren’t immediately clear, or don’t seem that important.

I hate California, I want to go to the east coast. I want to go where culture is like, New York, or Connecticut or New Hampshire.

LADY BIRD, nominated for multiple Oscars including Best Picture, Best Director and Best Original Screenplay for Greta Gerwig, seems like a straightforward slice of life, coming of age story. There are many different subplots that unfold at different paces. Some interact with each other, while others are more self-contained.

However, LADY BIRD never feels unfocused. It succeeds as a script partly because it uses clear goals, stakes, and especially urgency to craft a compelling character journey.

Christine “Lady Bird” McPherson (Saoirse Ronan) has a clear, external goal. Even before she makes plans to apply to college in New York, she wants to leave Sacramento. She frequently expresses her dislike of her home town.

Additionally, she doesn’t know who she really is yet, and tries on several different identities in order to figure this out.

The stakes are very high. Her family are struggling financially. Her going to an expensive college, and one so far from home, will put a strain on her and them.

Finally, there’s a ticking clock that provides the urgency. Lady Bird is a senior student who’ll graduate from high school at the end of the year. She has to decide what she’s going to do with her future and who she is in this (relatively) short period of time. Other characters appear to have figured this out already, adding to the urgency.

Equally, when she moves out her and her mother will run out of opportunities to resolve and mend their relationship.

If any one of this is calibrated slightly differently, the story becomes far less compelling. This is especially the case for the urgency in the story.

It’s easy to imagine an alternative, less successful version of this film. In fact, there are probably many such semi-autobiographical scripts and films sitting on desks or languishing on hard drives, hoping to be the next indie breakout hit.

However, it’s unlikely they’ve made the story work the way Gerwig does. If Lady Bird is just a year younger, for example, her story would lack urgency and it would feel aimless as a result.

SUPERBAD offers an example of how urgency can compensate for low stakes. It chronicles the various misadventures of two teenagers before they arrive at a party.

However, the main characters’ goals aren’t that important. Seth and Evan want to bring alcohol so they look cool and might lose their virginity.

The stakes are so low that the audience are content to watch the duo gradually stumble towards the party without worrying too much about when, if ever, they’ll arrive.

When Seth and Evan finally reach the party and, predictably, completely fail at looking cool, the anticlimax isn’t dissatisfying. This goal was never that important to begin with.

However, screenwriters Seth Rogen and Evan Goldberg heighten the urgency to compensate. This is the characters’ last chance to do these things before they part ways in life to go to separate colleges.

It’s this urgency, and the layer of poignancy it adds to the story, that makes SUPERBAD stand out from other raunchy comedies before and since.

I hope that when the world comes to an end, I can breathe a sigh of relief, because there will be so much to look forward to.

Donnie’s goal is mostly to figure out what’s going on, although again there are plenty of subplots and scenes that don’t address this goal. Likewise, the exact stakes, whether the world is ending or if Donnie is just losing his mind, aren’t clear.

However, at the very beginning of the script, writer-director Richard Kelly gives Donnie an urgency that unites these disparate elements. Donnie receives a countdown to the end of the world in a sleepwalking dream/vision. Donnie writes it on his arm – just over 28 days – in big numbers.

The countdown gives everything Donnie subsequently does  a degree of urgency. Even if it’s talking about the sexuality of Smurfs.

There are many creative ways to introduce urgency into a character’s story. Still, most of them reduce down to the universal problems of running out of time and money.

It becomes easier to make an unconventional or looser structure work, to have a compelling protagonist without precise goals or stakes, when a dose of urgency is injected first.