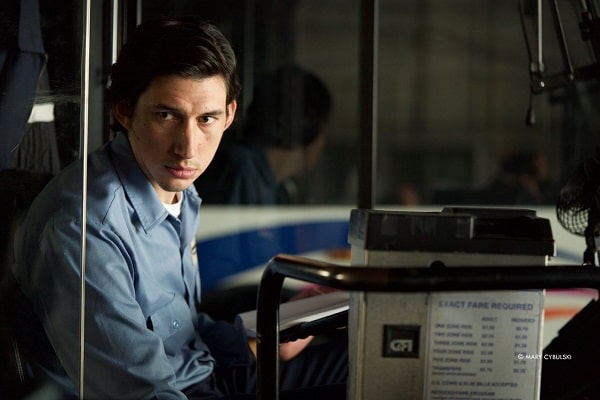 Is it possible to have a film that tells a story without conflict? Conventional wisdom would say no. However, this doesn’t mean that every film needs a world-ending threat. Not every film needs to have escalating stakes. It is possible, but difficult, to tell a great story with low stakes.

The physical scale of the stakes and how the stakes feel to an audience don’t always line up. Putting one compelling character in jeopardy can heighten the stakes more than a world-ending threat.

This is why films told on an epic scale still find ways to focus on a handful of important characters in peril.

For example, a pivotal character’s death in STAR WARS: THE FORCE AWAKENS is more impactful than the Starkiller base destroying four entire planets.

While the sinking of the TITANIC is a tragedy, we care more about Jack and Rose than the thousands of other passengers. We care more about the fate of the inhabitants of the bunker in 10 CLOVERFIELD LANE than whatever attack is (or isn’t) happening outside.

It’s the end of the world and he’s upset about a dead pig.

Certain writer-directors have carved out a specialist niche in low stakes films, such as Jim Jarmusch (BROKEN FLOWERS, DEAD MAN) and Richard Linklater (SLACKER, the BEFORE trilogy).

They have a proven track record of making films in this style work. It would be more difficult for an unknown to attract their level of financing and cast (the two often going hand in hand).

However, low stakes stories can mean low stakes filmmaking, i.e. a lower budget, which helps lower the barrier of entry for a script to get made in the first place. These also provide

These kind of stories fuelled the American indie scene in the ’90s, kicked off by Jarmusch and Linklater who in turn inspired self-funded filmmakers like Kevin Smith (CLERKS).

Now there are new generations of filmmakers being influenced (and produced by) the likes of Joe Swanberg and the Duplass brothers (TANGERINE or CREEP, for example).

However, it’s important to understand how having low stakes makes the writer’s job – to tell an interesting story – more difficult.

At the same time, when a screenwriter or filmmaker can pull this off, it’s even more impressive.

At first glance, PATERSON, written and directed by Jim Jarmusch seems to have such low stakes that it’s completely free of conflict.

Rather than telling a single, linear story, the film takes its more gentle, free-flowing form from the poetry of the main character. It could be described as a theme-rich screenplay.

Paterson (Adam Driver) lives a peaceful life. His routine is simple. He has a job driving a city bus bus, where he listens to conversations between passengers. He eats a packed lunch and writes poetry in his spare time. His wife Laura (Golshifteh Farahani) mostly stays at home.

However, there are still many undercurrents of tension that risk disrupting his world:

There’s also a subplot set at the bar Paterson frequents in which one of the other patrons, Everett (William Jackson Harper), acts out after being rejected by a woman, Marie (Chasten Harmon).

While Paterson himself is only tangentially involved in this, it still adds an element of drama to the film.

Paterson and his wife seem very happy together.

However, she has some odd creative outlets, and these change frequently. Sometimes these make money (her cupcakes) but other times they cost money (Paterson buys her a guitar). Paterson also has to put on a brave face when she experiments with cooking.

The film opens with Laura describing her dream of having twins and asking if Paterson would like having twins. Subsequently, Paterson keeps encountering twins, a reminder of this parental anxiety. The world he lives in is slightly off, slightly quirky in this way, making it a little unpredictable.

– Well, some days something inside just doesn’t want to get up. Ever feel like that?

It’s precisely because Paterson’s world is ordinarily so calm and peaceful that these otherwise small, everyday threats, imagined or real, feel so heightened. Even waking up late one day risks upsetting his routine.

Despite the low stakes, or maybe because of them, the film keeps the audience’s interest.

There are certain movies that you hang out with the characters so much that they actually become your friends. And that’s a really rare quality to have in a film.

It’s important to be aware of the risks of deciding to tell a story with low stakes. How can your script portray everyday problems in an interesting way?

Why will an audience care about this character if they have mundane problems that they can easily overcome? Saying it happened that way in real life, try as many writers might, is not a strong enough reason.

What makes this story worthy of a film rather than an episode of a TV show? Does something still change, perhaps small but still significant, between the beginning and end? TV episodes tend to circle around the same status quo, altering it gradually over time.

As in the subgenre of “hang out films” like THE BIG LEBOWSKI, the characters have to be compelling enough that the audience enjoy spending time with them, regardless of the low stakes.

Some genres simply won’t work with low stakes. Thrillers, horror films and action films thrive on life or death stakes that heighten over the story.

Even an offbeat thriller like PREMIUM RUSH, a chase film that takes place at the speed of bicycle messenger, establishes how one wrong turn can lead to instant death.

A premise that is low on conflict or stakes can be turned to your advantage, although this can easily become an uphill battle. Study the exceptions carefully before attempting your own.

1 thought on “OPINION: The Perks & Pitfalls of Low Stakes Screenplays”