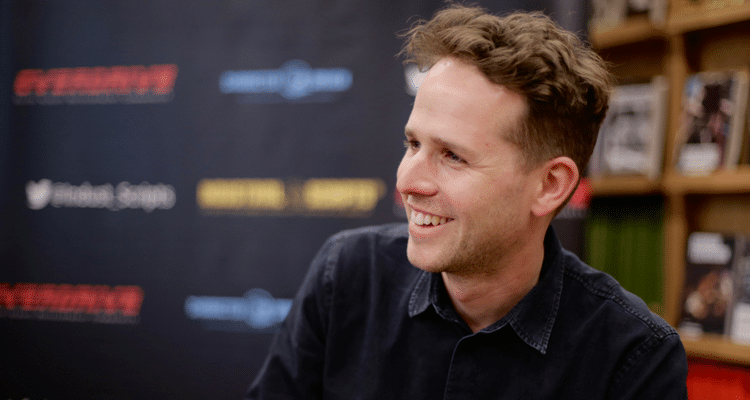 Ollie Madden is an Executive Producer at Kudos, one of the world’s leading television production companies, where he works in both TV and film.

He started working in the industry in 1999 in film production and development at Graham Broadbent and Damian Jones‘ Dragon Pictures, before becoming Acquisitions Executive at Atom Films, and then Director of Production and Development for Miramax.

Ollie Madden went on to become Head of UK Production and Development at Intermedia Films and then Vice President of Production for Warner Bros. Pictures, where he was an executive on both Guy Ritchie SHERLOCK HOLMES films.

This Q & A was compered by producer James Cotton.

You’ve had a relatively unusual career in the British film industry – your career has taken in working in acquisitions, working in a production/executive role, and now you work in one of the world’s biggest film & television companies. I wondered if you might be able to tell us what the role of working as an executive producer within Kudos Television is like?

Sure. Kudos is one of the leading TV production companies in the UK, originally built on shows like SPOOKS and LIFE ON MARS. The second era of the company includes shows like UTOPIA, HUMANS and BROADCHURCH. Some of our upcoming shows are TROY for BBC, TIN STAR for Sky, and my own show GUNPOWDER for BBC1.

The company was started by Stephen Garrett and Jane Featherstone, who have both now gone off to do their own things. We are owned by Endemol Shine, who have a number of other production companies in the UK. We have about 12 shows in stages of production at the moment.

It’s a diverse slate – from the big shows like TIN STAR for Sky Atlantic, all the way to a single for the BBC called BOY WITH A TOP-KNOT, which is set in Wolverhampton in the 1970s. Despite this diversity, the focus is of course on big returning series. As executive producers there are six of us, and we can use the infrastructure of Kudos but we are pretty autonomous in terms of what we develop.

It’s a collegiate sort of set-up, where each of the executives run their own slates and projects. It’s quite unusual in the UK. With most film and TV companies in the UK, there is normally one person at the head who is the creative lead on all of the projects. We have a CEO – Diederick Santer, who also runs his own shows – but we’re encouraged to go out and set up our own projects directly with the broadcasters. It’s a very liberating proposition.

So logistically, you have a development slate of how many projects, thereabout?

How does the commissioning process work? Do you have to have a meeting between a team, or can you sort of ‘push go’ yourself?

One of the benefits of being a reasonably large company is that we do have a healthy development budget. So our slate is split evenly between projects we are self-funding and those that are broadcaster funded. It’s something we debate all the time.

Certain ideas are easier to sell in script form, more execution dependent pieces if you like. Then there are very ‘pitchable’ ideas, which we feel we can sell earlier. Although it’s a real luxury to be able to commission our own stuff, and sometimes the best approach, getting a buyer involved at an early stage arguably means they might be more invested in it.  Buyers will tell you if they can see a script rather than a treatment or outline, all the better – but I often think there’s a benefit to getting your end user involved at an early stage.

It depends what the project is, really. If there’s something we feel needs to be packaged, attaching a key piece of cast or a director, potentially, there’s already a team assembled – attracting that talent often means you need a script. I’m developing a script with Richard Warlow who did RIPPER STREET. It’s a true crime piece called MIDNIGHT IN PEKING, about a girl who was murdered just before the Second World War. It’s got shades of EDGE OF DARKNESS.

Richard has written an amazing script, but it’s really ambitious and expensive. Also, historical stuff is kind of an easy thing for a broadcaster to bat away. So hopefully we’re going to attach a Patrick Stewart or Ian McKellen level of actor, and possibly a great director, and then take it out to not just UK broadcasters but places like Netflix and Amazon.

If you enjoyed this article, why not check out our article of how Beth Pattinson started her illustrious career?