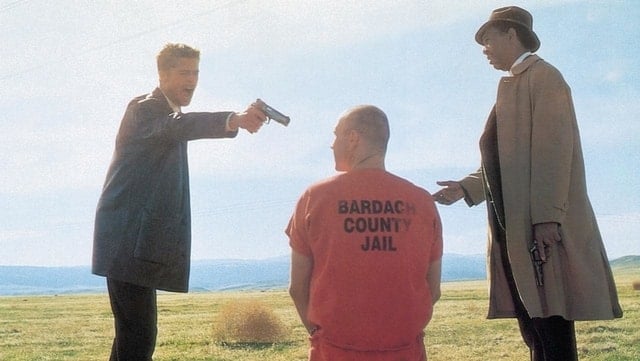 How Do You Craft the PERFECT Dynamic Between Protagonist and Antagonist?

The conflict between the protagonist and antagonist is an essential part of screenwriting.

However, this crucial conflict can often be a conflict between three characters rather than just two.

We’re going to take a look at what defines a great dynamic between a protagonist and antagonist.

First of all, let’s define protagonist, antagonist and the secret third ingredient – “The Stakes Character”.

A protagonist is the main character in the TV show or film.

Here are some examples of protagonists that fit that bill: 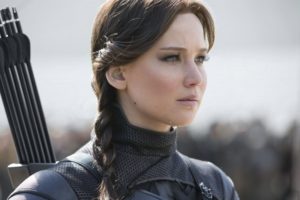 Katniss’s strength of character in her rebellious and morally centred heart makes her a compelling protagonist. She’s also talented, intelligent and savvy, as she demonstrates within the competition. 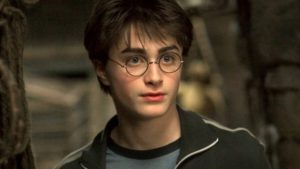 The fate of the wizard world ultimately rests on Harry’s shoulders. The inadvertent bond created between him and Voldermort when he was a baby, make this the case.

These characteristics put the audience on his side. Sometimes Harry’s behaviour represents a journey to being morally good rather than being inherent. Harry’s journey throughout the series means that he is constantly learning. 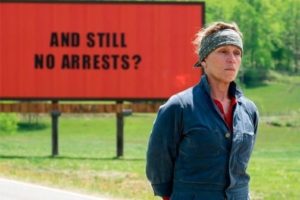 The protagonist of Three Billboards Outside Ebbing, Missouri. She works to find her daughter’s killer in the face of a disinterested police force.

She’s plucky, funny and stubborn in the face of dangerous complacency – all characteristics that make her a beguiling protagonist. 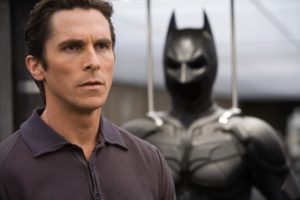 In fighting to protect a degraded society from predators, Bruce Wayne proves himself a hero.

He uses his wealth to fight for good where the state of gotham has failed. In doing so undercover, he proves the selflessness of his actions.

Furthermore, Bruce’s many antagonists always make him learn different things about the way in which villains seek to take advantage of a vulnerable society. 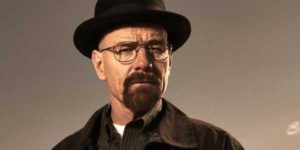 An unconventional and difficult protagonist to like due to the increasing moral bankruptcy of his actions. However, his ultimate intentions, to protect and care for his family in the face of his terminal cancer, are what counts as his greater good.

Throughout Breaking Bad, the degraded ways Walter tries to achieve his goals continually challenge the audience to not be on his side. This leads to a larger debate about what the ‘greater good’ really means.

Is looking after his family worth the larger harm that Walter causes in order to achieve this? This is one of the main take away questions from the series overall.

The antagonist is typically seen as the ‘baddy’ in a TV show or film. They work against the protagonist.

Obstacles aren’t always antagonists. They can sometimes just serve the function of creating obstacles for the protagonist to tackle throughout the TV show or film. Often the line is blurred.

Here are some examples of antagonists that fit that bill: 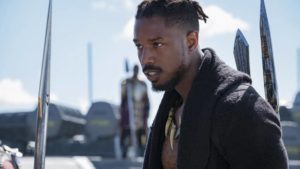 Erik’s anger with Wakanda stems from the way in which they have protected themselves throughout history and not helped those of African descent struggling in the outside world.

Ultimately, T’Challa learns from Killmonger. After necessarily defeating him T’Challa imparts what Killmonger has taught him.

She starts out as a student that Jim McAllister finds mildly annoying. But she ends up the cause of the down-spiralling of his life.

Jim goes from being one of the most beloved teachers in the school to a social outcast, losing his job, marriage and friends.

It’s in the way Tracy acts as a mirror for Jim’s deep underlying issues that she serves as a brilliant antagonist. 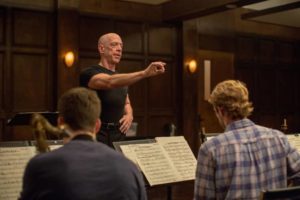 Andrew’s world so far has been one of positive reinforcement. He excels at playing the drums and has just gotten into a prestigious music school.

Terence Fletcher destroys all that. He invites Andrew into his Studio Band and catapults him into a world in which nothing is ever good enough.

Andrew goes from being ambitious and excited about his future to that ambition defining every element of his life. It eats up all of his personal life and takes him to the brink of a breakdown. 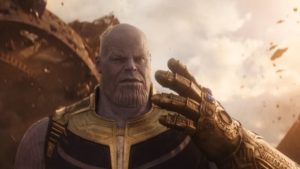 Thanos is the ultimate antagonist for The Avengers to defeat.

Thanos is a thrilling antagonist as his goal remains unclear for a large part of the series. Furthermore, he is so powerful it takes a whole supergroup of superheroes to defeat him. This proves how much the odds are stacked in his favour initially.

In The King’s Speech, the speech stammer that King George VI seeks to overcome serves both as an unconventional and traditional antagonist.

A speech therapist, Lionel Logue (played by Geoffrey Rush) helps The King (played by Colin Firth) to try and overcome his stammer.

The antagonist is simple as it is clearly identifiable. However, it’s complex as it takes significant probing into George’s character and backstory to find out why the stammer exists in the first place.

It may not to be personified but the stammer proves to be an elusive and effective antagonist to overcome.

A stakes character is defined as

the personified character that represents all of the people the antagonist is victimizing.

Often overlooked, this character is someone or something personal to the protagonist that they feel deeply about.

Therefore the stakes of losing this personified character are motivation enough to fight the antagonist in a bid to save them.

Here are some examples of stakes characters that fit that bill: 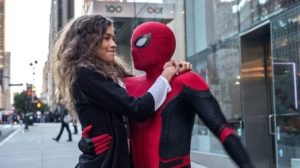 Mary-Jane is Peter Parker‘s way of relating to the world he is constantly trying to save.

Whilst he is often characterised as an outsider, ostracised from school and from society, MJ is his beacon of hope.

She’s the one who he feels is worth saving. Consequently, she represents the society at large that has to be saved by the villains that threaten it. 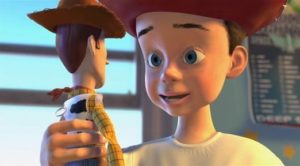 In the first Toy Story, Woody is the protagonist whilst Sid (the sadistic boy who tortures his toys) is the antagonist.

For Woody, the character at stake is Andy. Whilst Andy doesn’t need saving explicitly, Woody’s relationship with Andy is what is at stake.

Woody will do anything to keep the relationship the way it is. Meanwhile, Sid represents the exact opposite of the ideal relationship between Toy and owner.

Liz (Shaun of the Dead)

Under the threat of imminent Zombie apocalypse, the world is at stake for Shaun. However, as soon as the world is under threat his first thoughts turn to Liz, the girlfriend he has just broken up with.

Shaun is forced to change the ways he was stuck in. He becomes the pro-active and intelligent thinker Liz knew him to be but was frustrated he let slip in their relationship together.

Chiron is the protagonist of Moonlight. There are a number of different antagonists – from class bullies to more conceptual notions of societal barriers.

The character that remains in Chiron’s mind and ultimately forces him to confront his sexuality, is Kevin.

Throughout the movie, Kevin is the force of change in Chiron’s life. He’s the character that in the face of opposing forces, he can be his true self with.

For Diana, the titular Wonder Woman, Captain Steve Trevor is the representation that humans are worth saving.

Every protagonist and antagonist will have something at stake which motivates them throughout the  TV show or film.

High stakes, ultimately, are used to show something is at risk for the protagonist if they are unsuccessful in their goal.

The ultimate stake that could be seen in a TV show or film would be death.  These Death stakes could be literal or figurative. Examples of this vary dependant of the genre.

Even minor characters in a screenplay should also have a goal or something at stake. Stakes are what motivate characters into action. And action and conflict is what makes for good drama and impactful storytelling.

In order to create this triangle between the stakes character, protagonist and antagonist, there must be a power struggle.

This third character, in addition to the protagonist and antagonist, creates a third dimension which helps to solidify the conflict seen throughout the TV show or film.

Let’s look at some examples of the Stakes Character, Protagonist and Antagonist Triangle of Conflict… 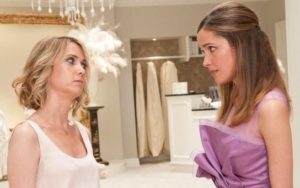 Lillian prepares for her wedding. The seemingly perfect Helen (Rose Byrne) is the new friend and bridesmaid who seems to be taking Lillian away from Annie.

In The Dark Knight, the Joker is Batman’s villain to defeat.

Harvey’s plan to disrupt organized crime in the city represents hope for the city of Gotham. The Joker seeks to undermine that and eventually Bruce can’t save Harvey. Harvey is poisoned by the Joker’s message and becomes Two-Face.

The Shape of Water 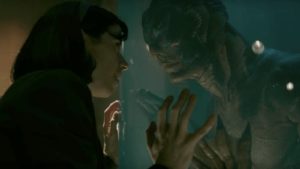 In The Shape of Water, when a mysterious Amphibian creature is captured by the government, Elisa (Sally Hawkins) forms a relationship with him.

Richard Strickland (Michael Shannon) threatens Elisa’s relationship with this tender creature. Richard is in charge of the operation to study the Amphibian Man, subjecting him to tortuous methods.

Finding communication limited and difficult (she is mute), Elisa’s instinctive bond with the Amphibian Man is what is at stake.

A very traditional but efficient example is present in Star Wars: A New Hope.

How to Construct Conflict Between Stakes Character, Protagonist and Antagonist

So, the stakes character is what brings the protagonist and antagonist together in a head to head ‘battle’.

Usually it is the final battle which decides whether the protagonist was successful or unsuccessful in their mission.

In general, the stakes character is often the protagonists ‘love interest’. However, the above examples show that there are ways of subverting this.

When constructing three-way conflict between the stakes character, protagonist and antagonist, it is important to make sure they are all equally matched.

For an antagonist, their goal also needs to be clearly, convincingly defined. Is their characterisation deep enough for us to understand their actions?

The relationship between the Protagonist and Stakes Character

Always think not just about what the stakes character means to the protagonist but what they represent.

These are key questions to ask of your stakes character.

Do the Protagonist and Antagonist Have The Perfect Dynamic? Checklist:

Think you have a great protagonist an antagonist dynamic? Here are some final key things to remember and check off.

Overall, remember that the key to a great protagonist and antagonist dynamic is not just about conflict with one and other.

It’s about having something worth fighting over.

2 thoughts on “Protagonist and Antagonist: How to Craft The PERFECT Dynamic”