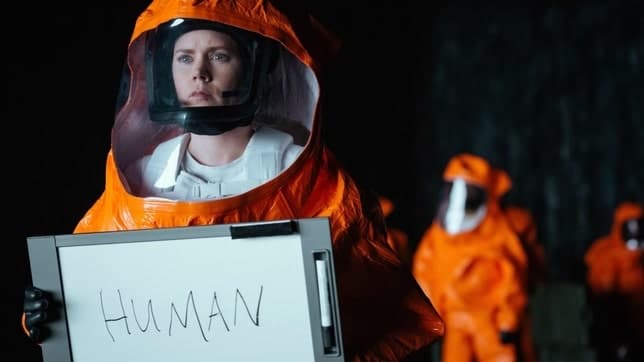 How to Write a Compelling Science Fiction Movie

While science fiction movies can be exhilarating to watch, they can be just as daunting to write.

How do you create a captivating and believable story world? What amount of exposition is necessary for introducing sci-fi elements? How do writers not lose track of the character arc and plot?

If written properly, the science fiction genre has the potential to do more than elicit emotion and entertain. It can inspire real-world ideas.

As James Cameron puts it in his interview with Christopher Nolan:

“Isn’t that the great virtuous circle of science fiction? That we imagine these things and then fairly competent minds write science fiction and propose ideas and then inspire scientists who then go out and find out what things really are.”

Yes, that is great. But how does a screenwriter achieve that?

Below are screenwriting tips that might help you in developing the next epic science fiction movie / tv show.

It’s tempting to get lost in the glitz and glamour of unique elements and special effects. This is especially true in science fiction movies.

However, that doesn’t necessarily mean good storytelling. Setting a world 1,000 years in the future, with epic galactic space ships might look cool. But that doesn’t help the audience in building empathy either.

Take the THE MARTIAN for example:

Here are some other sci-fi movie twists on current technologies and psychology:

Twist modern day phenomenons or technologies to make even the most complex sci-fi world more empathetical.

Creating the story world of a science fiction movie also sets the foundation for how characters exist. Their actions and relationships are thus based on the story world’s rules.

Without such rules, the story loses credibility. If broken, the story risks no longer being believable.

For example, in the grounded world of BATMAN BEGINS, Bruce Wayne doesn’t possess unlimited gadgets or perfected training (which was present in previous stylized adaptations).

By following the rules for each world, David S. Goyer develops credible characters that are believable within the scope of science fiction.

Here are two space movies with vastly different rules, but that achieve the same credible standard.

In STAR WARS: THE FORCE AWAKENS, the rules shift greatly.

Show the rules to the story world gradually. Allow your character to learn the elements as the story progresses.

And if a new element breaks the world’s rule, write the appropriate reaction or action taken by the characters.

The first 10 pages before the inciting incident is the most effective opportunity for a screenwriter to introduce the protagonist and their story world.

But that’s easier said than done for a science fiction movie.

Often times, sci-fi/fantasy screenwriters feel compelled to pile exposition early on in the script in order to get the audience on board with their new world.

However, this can often deflate audiences, especially with massive exposition in dialogue early on.

So how does a sci fi screenwriter avoid  this pitfall? Show don’t tell. The key here is to seduce the audience into your story gradually.

For example, check out the beats of Jake Sully’s gradual immersion into the world of Pandora in James Cameron’s AVATAR:

See how each element almost certainly makes the audience beg for more?

The story has gradually introduced Jake Sully, and the audience, to Pandora, with mysteries yet to be revealed.

Story Structure in a Science Fiction

Allowing your science fiction world to affect the protagonist can be an excellent opportunity for plot twists, self revelations, and driving the plot forward in original style.

With all the elements, sci-fi/fantasy devices, super powers ominously present in Sci Fi movies, it’s all the more important to emphasize story, plot, and character.

Compare the recent DC Universe with their past counterparts:

Notice how the DC plots rely less on stylistic or superficial power to drive the plot forward.

Rather, the hero’s internal conflict is shaped by familial relationships, fear of death, or a fatal flaw of possessing catastrophic superpowers.

A good movie or screenplay elicits emotion out of conflict.

But in science fiction, unique story elements could now be the source of conflict. In turn, the world of science fiction provides a platform for originality unlike any other genre.

In each example conflict is not separate from the story elements. They are fused to create original story sequences.

Introduce your hero to phenomenons or technologies that are inviting at first glance. Then twist those sci-fi elements in a problematic way for the hero.

Here’s another example from SPIDERMAN: FAR FROM HOME:

All too often, science fiction movies are inundated with villains lacking genuine motives, desires and fatal flaws. The resulting effect is two-fold:

But villains in a great science fiction movie are never in fact, “fictitious.” At least, personality-speaking.

If the villains possess values, internal and external motivations, and flaws, then a good science fiction movie can become something more far reaching and profound.

Here’s a set of stereotypical descriptions of science fiction villains that would need to be more fully developed to begin with.

These are characteristics we are all familiar with.

But now check out their actual descriptions based on the portrayal within their respective movies.

So let’s dive deeper into these 3-dimensional villains to discover their own values, internal and external motivations, and fatal flaws.

Top 10 Movie Villains of All Time

No one ever thinks they’re “pure evil.” Nor should that be true just because this is science fiction.

Even The Joker doesn’t admit to just “being crazy” in THE DARK KNIGHT. And if anyone still claims they are, it’s usually out of past victimization, mistreatment, or trauma.

AVA is so humanized that it’s arguable whether she’s the villain at all.

The Joker is a memorable science fiction villain. Not because he’s sociopathic terrorist, but because he too has fatal flaws, internal and external motivations, and conflicts.

The Joker’s scar stories, allude to how he is a victim of traumatic experience. We don’t know whether to believe the story about his father or his wife.

And this haunting background makes The Joker three-dimensional as his values are derived from his past victimization.

The Joker’s Internal and External motivation

Further, The Joker is unwavering in his values. Deep down, without rules, people would destroy one another. And that’s exactly what The Joker wants to see Gotham succumb to. Chaos.

Joker: …They’re only as good as the world allows them to be. You’ll see — I’ll show you … when the chips are down, these civilized people … they’ll eat each other. (Grins.) See, I’m not a monster … I’m just ahead of the curve.

The Joker doesn’t see himself as a sociopath either. Instead, he desires the satisfaction of seeing the people for whom they really are under chaos (internal motivation).

Joker: … See, in their last moments, people show you who they really are.

The Joker is dark. But not evil. He’s not demon. Or loose sociopath who kills just to kill.

Rather, it’s the combination of his flaws, values, and motivation that makes him one of the great science fiction villains.

A theme for a science fiction movies is often lost thanks to advanced technology and superpowers being at the forefront of the idea.

One might think INCEPTION is merely about planting ideas through dreams. ARRIVAL is about Earth’s first alien contact. THE MARTIAN is about an astronaut trapped on Mars.

On the surface, that’s all true. But none of those brief descriptions deal with the movies’ theme.

So what is the theme for in screenwriting terms? At it’s core:

The theme is the author’s overall purpose for telling the story.

So in identifying the themes of such out-of-the-world movies listed above, here’s what might be found:

Each movie’s theme once again deals with the human condition, or how viewers ought to live and act in accordance with others.

But how do screenwriters achieve conveying the theme of their story to the audience successfully?

You need to avoid lecturing.

For example…Let’s examine ARRIVAL to see how theme plays out.

Louise Banks (Amy Adams) is the protagonist of the story, an expert on communication, and responsible for identifying what the “heptapods,” (aliens) want. CIA-agent Halpern (Michael Stuhlbard) is responsible for military operations.

In the climax, the theme of communication comes to the forefront of the viewers’ mind.

Yes, Arrival is still about aliens touching down on Earth for the first time. But more deeply, it’s a story about how people and global leaders should coexist by means of communication.

Storytelling must continue to be at the heart of any science fiction movie.  The genre is more than just about the glitz and glamour of futuristic technology, or explosive super powers.

As in any genre, a science fiction movie is most importantly about a believable story world, character flaws, and a humanizing theme.

A science fiction movie is where creativity and imagination can be utilised to captivating effect. Unlike any other genre, its possibilities are often endless. This can be daunting.

But stick the principles of relatable worlds and characters and your audience will stick with you. Even in reaching out to space, the future or hitherto unimaginable worlds, humanity is always at the core.

1 thought on “How to Write a Compelling Science Fiction Movie”