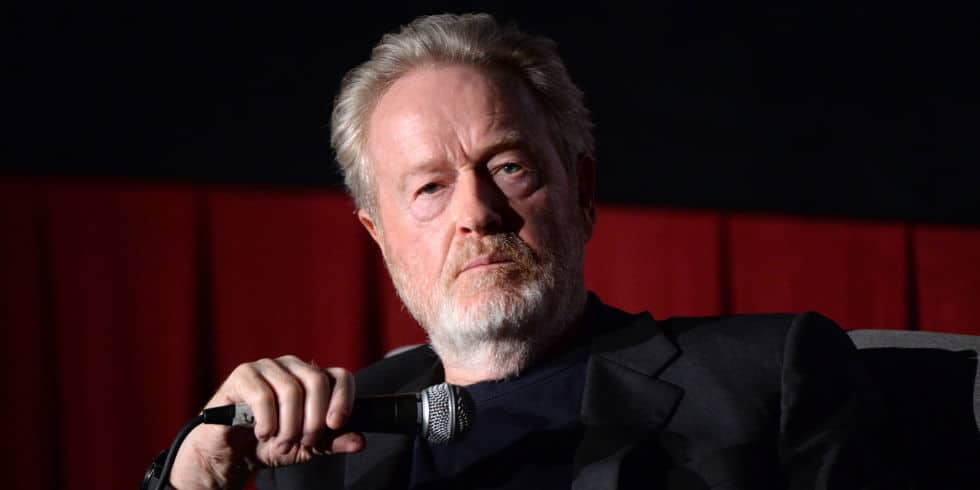 There are so many stories of wunderkinds and overnight successes that it can become dispiriting for filmmakers still plugging away.

However, some of the world’s most renowned filmmakers didn’t start early, whether they pursued other careers first or toiled away at lower levels of the industry.

For many of them, the process of honing their craft had not even begun until they had hit the big Four Zero.

Here, then, are our favourite late risers, 40 filmmakers who were over 40 when they really hit it big:

After a career in publicity, Ava DuVernay’s feature debut I WILL FOLLOW was released in 2010 but was little seen. However, the SELMA director’s sophomore effort, MIDDLE OF NOWHERE, achieved much greater notice, coming along once DuVernay had already celebrated her 40th.

The pioneering director of ELEPHANT and MILK broke out with MY OWN PRIVATE IDAHO in 1992. The film starred several young ’90s stars (River Phoenix and Keanu Reeves), but Van Sant directed them once he had already passed 40.

After co-directing music videos and sketches for TV, Valerie Faris’ feature debut LITTLE MISS SUNSHINE (with writing-directing partner Jonathan Dayton) was in the Official Selection at Sundance. It would go on become a crowd-pleasing hit, crossing from the indie world into the mainstream, but it didn’t arrive until Faris was 48.

Starring Whoopi Goldberg, 1986’s JUMPIN’ JACK FLASH was released when Marshall was 43. After a career of small roles and starring in sitcom LAVERNE & SHIRLEY, she grew increasingly interested in directing. She went on to direct the Tom Hanks-starring BIG a few years later.

Andrews began working as a storyboard artist on the likes of THE IRON GIANT and Sam Raimi’s SPIDER-MAN. However, his feature directorial debut feature didn’t come along until he was into his mid-40s when he co-directed BRAVE with Kelly Macdonald and Steve Purcell.

Eastwood achieved huge success as an actor before his 40th birthday, but it wasn’t until 1971’s PLAY MISTY FOR ME that he tried his hand at directing. He was 40. Eastwood continues to work as a director and occasionally an actor now, even well into his 80s.

Before releasing MASH in 1970, Altman was earning his stripes in TV. It wasn’t until 1967’s COUNTDOWN, starring James Caan and Robert Duvall, that he broke into films. This sci-fi/thriller gave audiences their first taste of Altman, age 42.

One of the preeminent directors and writers of Westerns, Kennedy’s first release came with Buddy Ebsen Western comedy MAIL ORDER BRIDE in 1964. Kennedy serves in World War 2 in his early 20s before making his breakthrough age 42.

Famous for spearheading SLEEPLESS IN SEATTLE, Nora Ephron‘s debut feature as a director THIS IS MY LIFE hit screens a year earlier. Released in 1992, Nora’s directorial debut didn’t arrive until she was 51. Her first script credit on a film, SILKWOOD, was in 1983 when she was 42.

Still creating at 80, Ridley Scott has certainly made up for a slow start. After directing various commercials his debut feature, THE DUELLISTS, opened in 1977 when the famed director hit 40. Two years later his big break would come with ALIEN,

The LIFE OF PI director’s debut feature was released in his native Taiwan in 1991. However, THE WEDDING BANQUET, which was nominated for Best Film in a Foreign Language at the Oscars, didn’t screen in the US till 1993. Lee had just hit 40.

Germany’s two time Oscar winner didn’t release his debut theatrical feature, THE SEVENTH CONTINENT, until he was 47. He went on to unsettle audiences with the likes of CODE UNKNOWN, FUNNY GAMES, and AMOUR.

Jeunet is undeniably one of the world’s most impressive self-taught filmmakers. Cult favourite DELICATESSEN wasn’t released in the US until 1992, leaving Jeunet to reap the rewards as he entered his 40s.

Famed for her success with Christian Bale in the title role of AMERICAN PSYCHO, Harron’s debut feature was actually released in 1996, when she was 43. I SHOT ANDY WARHOL introduced audiences to the Canadian filmmaker’s bold style.

Given Corbijn had achieved great early success as a music video director, it is perhaps unsurprising his feature film debut was about a musician, 2007’s CONTROL. The biopic of Joy Division’s tragic lead singer Ian Curtis was nominated for a BAFTA award. Corbijn was 52.

After a career in music videos and promos, Sigismondi is now a prominent TV director  with recent credits on such shows as AMERICAN GODS, THE HANDMAID’S TALE and DAREDEVIL. Sigismondi’s debut feature THE RUNAWAYS, based on the memoir Neon Angel by the lead vocalist of the 1970s rock group, was released in 2010. Sigismondi was 45.

Responsible for one of the world’s most popular pop culture monsters, Ishiro Honda’s GODZILLA was released in 1954 and has been rebooted numerous times since. Created as an allegory for man’s experimentation with atomic weaponry, the original monster film was undeniably more complex than many of its big-budgeted Hollywood reboots. Three years earlier, Honda was enjoying his first foray into feature films with AOI SHINJU. Released in 1951, Honda was 40.

Anderson’s 1968 film IF…. won the Palme d’Or at the Cannes Film Festival. The film marked the cinematic debut of Malcolm McDowell, though Anderson’s own debut was in 1963 with THIS SPORTING LIFE, when he was 40.

After an extensive list of shorts, Svankmajer’s ALICE was released in 1988. Svankmajer’s revision of Alice in Wonderland using stop-motion animation is infinitely less childlike than its predecessors. ALICE was unleashed on the unwitting general public with Svankmajer at 54.

Legendary Japanese director Akira Kurosawa had made low budget films for a while, but it wasn’t until RASHOMON that one of his films broke out internationally. Classics like SEVEN SAMURAI and RAN followed. Kurosawa was already 40 at the time of RASHONON.

With the help of Francis Ford Coppola, TV writer Seidler’s illustrious feature film career began with TUCKER: THE MAN AND HIS DREAM. Released in 1988, Seidler was 51 when his moment finally came around.

Novelist Raymond Chandler was the creator of iconic detective character Phillip Marlowe. He didn’t write his first screenplay, for film noir classic DOUBLE INDEMNITY, until 1944. By this point Chandler was age 56.

Full of postmodern references, Kaufman’s one of a kind debut BEING JOHN MALKOVICH saw him earn an Oscar nomination. His debut directorial effort SYNECDOCHE, NEW YORK was dubbed best movie of the decade by film critic Roger Ebert. At the time of his feature length script debut, Kaufman was 41, and with his directorial debut, 51.

It is difficult to imagine a more accomplished screenplay debut than 5 time Oscar winner ONE FLEW OVER THE CUCKOO’S NEST. Writer Bo Goldman followed this success with a further Oscar win and one further nomination, having received his first in 1975, age 43.

Before going on to pen such efforts as FORREST GUMP, ALI and BENJAMIN BUTTON, Roth was made his debut with SUSPECT. Staring Cher and Denis Quaid, Suspect hit screens in 1987 with Roth aged 42.

In 1967 THE PRODUCERS, fronted by Gene Wilder, won the Oscar for best screenplay. Its legacy endures with a Broadway musical and a film adaptation of that musical, while Brooks went on to create many iconic and revered comedies. At the time of this debut, however, Mel Brooks was 41.

Long rumoured to be an influence behind the creation of Andy Kaufman’s alter-ego, Tony Clifton, Norman Wexler is one of the more eccentric filmmakers on this list. Although he was an established playwright, Wexler’s list of screenplay credits is somewhat short, with only seven to his name. His debut JOE marked the start of a run that included SERPICO and SATURDAY NIGHT FEVER. JOE was released in 1970 when Wexler was 44

Allen penned the screenplay for Alfred Hitchcock‘s 1964 film MARNIE. She would later go on to deliver the script for CABARET starring Liza Minelli, as well as a TV movie version of THE BORROWERS. But upon teaming up with Hitchcock, Allen was already 44.

His CV boasts the screenplays of UNFORGIVEN, 12 MONKEYS and BLADE RUNNER. For his debut feature to be Ridley Scott’s adaptation of Phillip K. Dick’s classic cult novel is some achievement and it happened in 1982, age 42.

The legendary writer-director of STRAW DOGS and THE WILD BUNCH was famed for his unique cinematic violence. His feature length writing debut, MAJOR DUNDEE, featured Oscar winner Charlton Heston in 1965. Peckinpah was 40.

The legendary playwright of Rosencrantz & Guildenstern Are Dead, Stoppard didn’t join the screenwriting world until 1985, when he aided Terry Gilliam with writing BRAZIL until 1985. By that point, Stoppard was just shy of 50.

Claire Denis’ international break-out 1999 film BEAU TRAVAIL is often included in lists of the best of the decade and has proved highly influential since. Upon release, Denis was 53.

Pileggi started his career as a journalist, with a keen interest in reporting Mafia crime. His screenwriting debut in 1990 with Martin Scorsese‘s seminal GOODFELLAS, adapted from one of Pileggi’s books. GOODFELLAS was Pileggi’s first foray into scriptwriting, although he’d go on to write CASINO and produce AMERICAN GANGSTER. With GOODFELLAS though, Pileggi was already 57.

Modern audiences may recognise Tati best as the writer of the French animated film THE ILLUSIONIST. The credit was awarded posthumously, with Sylvain Chomet bringing Tati’s script to screen 28 years after Tati’s death. Tati’s feature length screenwriting and directorial debut actually came over 50 years earlier with JOUR DE FETE in 1949. Tati was 42.

Chernin’s first feature length film producer credit was on 2011’s incredibly successful PLANET OF THE APES reboot, RISE OF THE PLANET OF THE APES. TV movie PLEADING GUILTY was released the year before, with Chernin age 49.

Powerhouse producer Bonaventura has credits on all entries in the hugely successful TRANSFORMERS franchise. His first credit didn’t come along until 2005, with CONSTANTINE, by which time Lorenzo was 48.

3 thoughts on “Late Risers: 40 Filmmakers Over 40 When They Hit It Big”