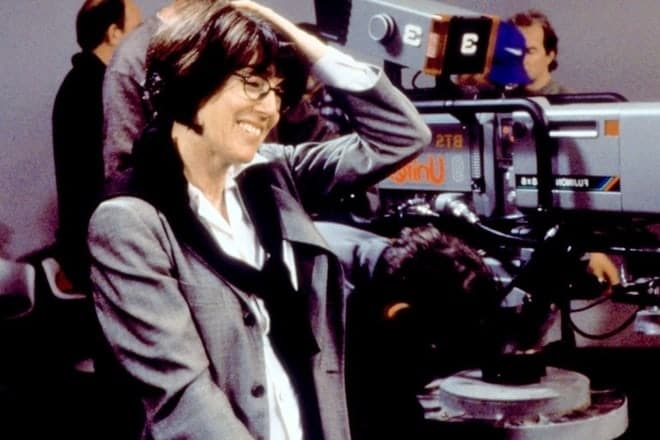 With films like When Harry Met Sally, Sleepless in Seattle and You’ve Got Mail, Nora Ephron became creative queen of the rom-com, reinventing the genre and creating films that audiences continue to adore today.

But Nora Ephron also provided screenwriters and filmmakers with much to pore over in terms of advice. And it’s for this reason we’ve put together 15 of the best Nora Ephron quotes.

She’s one of those screenwriters that stands out as one of the greats. Everyone knows her most famous work and those in the know herald her as a great master of the screenwriting form.

These are quotes that show the best of the wit and wisdom that Nora Ephron had to offer.

After initially starting off her writing career as a journalist, Nora Ephron wrote her first screenplay, Silkwood, along with co-writer Alice Arlen, in 1983. Not long after this, Ephron would publish a novel, Heartburn, an autobiographical account of her marriage to journalist Carl Bernstein.

Right from the start, Nora Ephron’s versatility as a writer was on show. She’d continue to move between screenwriting and other forms of writing, despite film providing her with her most successful and well-known works. After Heartburn was adapted into a film, it was her next screenplay, When Harry Met Sally, that would propel her into the screenwriting hall of fame.

Screenplays for Cookie and My Blue Heaven would follow, before she made her directorial debut with This is My Life. This established her not just as a screenwriter but a verified writer-director. And this is a role she would occupy for the majority of her career going forward.

A prolific period followed her debut over the next five years, with Sleepless in Seattle and You’ve Got Mail the films that garnered the most attention and praise. It wasn’t until 2005 that she wrote and directed another film, an adaptation of the classic TV series Bewitched.

Her 2009 film, Julie and Julia marked a strong return to form but would also sadly be her last film. She passed away in 2012 after a diagnosis of leukaemia in 2006 that she kept a secret from friends and colleagues alike, through fear of it affecting her ability to get projects financed and made.

Nora Ephron left a legacy of writing that brilliantly documented the skill of navigating drama and comedy. Moreover, she left the world with wisdom that continues to be heralded to this day and provides a great resource for aspiring writers of all kinds.

2. “My mother wanted us to understand that the tragedies of your life one day have the potential to be comic stories the next.”

3. “I don’t care who you are. When you sit down to write the first page of your screenplay, in your head, you’re also writing your Oscar acceptance speech.”

4.  “I go through periods where I work a great deal at all hours of the day whenever I am around a typewriter, and then I go through spells where I don’t do anything. I just sort of have lunch — all day. I never have been able to stick to a schedule. I work when there is something due or when I am really excited about a piece.”

5. “You better make them care about what you think. It had better be quirky or perverse or thoughtful enough so that you hit some chord in them. Otherwise, it doesn’t work. I mean we’ve all read pieces where we thought, “oh, who gives a damn”.”

6. “I try to write parts for women that are as complicated and interesting as women actually are.”

7. “Whatever you choose, however many roads you travel, I hope that you choose not to be a lady. I hope you will find some way to break the rules and make a little trouble out there. And I also hope that you will choose to make some of that trouble on behalf of women.”

8. “I grew up in the movie business and I knew I had to get out of Los Angeles, knew it was the most horrible place for women. And most of the writers, my mother was a screenwriter, wrote with their husbands. So you had to be married in some weird way to even be a writer. I mean, it was such a bizarre idea that you needed a husband to write.”

9. “You do get to a certain point in life where you have to realistically, I think, understand that the days are getting shorter, and you can’t put things off thinking you’ll get to them someday. If you really want to do them, you better do them. There are simply too many people getting sick, and sooner or later you will.”

12. “My point of view happens to be faintly cynical or humorous—and that’s just the way I see things and that’s how it comes out when I write it. It is not anything I am conscious of, though. A piece about a “heavy” subject can be written a little bit light so the piece doesn’t seem quite as heavy. You’ve mainly got to trust yourself to write the way you feel about something.”

13. “The moment you stop work on a script seems to be determined not by whether you think the draft is good but simply by whether shooting is about to begin: if it is, you get to call your script a final draft; and if it’s not, you can always write another revision. This might seem to be a hateful way to live, but the odd thing is that it’s somehow comforting; as long as you’re revising, the project isn’t dead.”

14. “As a young journalist, I thought that stories were simply what happened. As a screenwriter, I realized that we create stories by imposing narrative on the events that happen around us.”

15. “Structure is the key to narrative. These are the crucial questions any storyteller must answer: Where does it begin? Where does the beginning start to end and the middle begin? Where does the middle start to end and the end begin?. . . Each of those things is entirely up to the writer. They are the hardest decisions for any writer to make about any story, whether fiction or nonfiction. If you make the right decision about structure, many other things become absolutely clear. On some level, the rest is easy.”

Enjoyed our list of Nora Ephron quotes? Why not have a look at our other quotes articles, such as Phoebe Waller-Bridge and Guillermo del Toro.