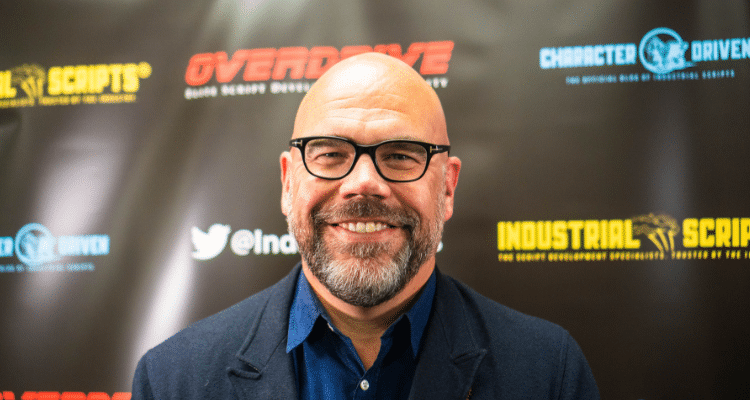 broke into television in 1993 with BBC1 teen drama BYKER GROVE, which he script edited and wrote for. In 1997, he joined World Productions, becoming Head of Drama in 2002 and taking over the running of the company in 2010. His extensive credits include ULTRAVIOLET, with Idris Elba for C4; PARTY ANIMALS for BBC2; UNITED, a film about the Munich air disaster; and an adaptation of Joseph Conrad’s THE SECRET AGENT. However, he is best known for long-running police corruption drama LINE OF DUTY, Sky original drama SAVE ME, and BODYGUARD, the highest rated drama of the decade.

Could you start by describing what an average week looks like for you, if such a thing exists?

I’d love if there was an average week for me. There are the ongoing shows that are in production, and they have to take priority because they’re time-sensitive. There’s a lot of money at stake. I need to be watching rushes, responding to rushes, reading drafts of scripts. Everything’s up against the deadline, particularly when we’re in post-production. I’m going to watch cuts of episodes, listening to mixes, looking at grades, looking at VFX. All of that stuff, it always takes priority in the diary.

As a producer and as a company, we take pride in not just winning commissions from broadcasters but in delivering, as far as we can possibly help it, a really high quality show. I think I learned that under Tony Garnett, who was my mentor and founded world Productions in 1990. The one thing you can control is the quality of the show that you deliver. You can’t guarantee an audience for a broadcaster, but if the broadcaster feels they’re getting a quality show then hopefully that will keep them happy. That’s what we’ve always aimed to do.

Next on the list comes the development of key projects, and we run quite a big development slate. Whilst I try to be as far as possible across everything, there are going to be certain key projects that are well advanced that I probably allocate more of my time to. Things that are at script stage with broadcaster interest, edging closer to the magical green light. So that becomes the next thing on the list.

I suppose the third thing then is talent relationships, really. And that can be conducted through agents or meeting actors, directors, writers. Obviously over 20 years I’ve built up relationships with a lot of writers, and even if you’re not working with someone for five or six years, you still want to keep in touch, because you never know when they’ll have another idea they want to do with you, or you have something you think they’ll like to do. There’s that side of things.

As we’ve got busier and the development and production side has taken over, I have less time for that, so I’ve got a team of people now who hopefully are out there scouring for new talents, looking at new writers, keeping in touch with established writers, going to see new theatre shows, reading books. We don’t have a book scout – we try to do as much of the reading of novels and books in-house.

It’s busy. And then I have to factor in travelling to shoots. I don’t spend as much time on set as I did ten years ago, but I like to be around at different points on LINE OF DUTY or BODYGUARD or filming ANNE in Liverpool at the moment. And a lot of our filming has traditionally been outside of London, so that involves travelling, and that eats up part of the week as well.

The saying goes, you’re trying to fit a quart into a pint pot most of the time!