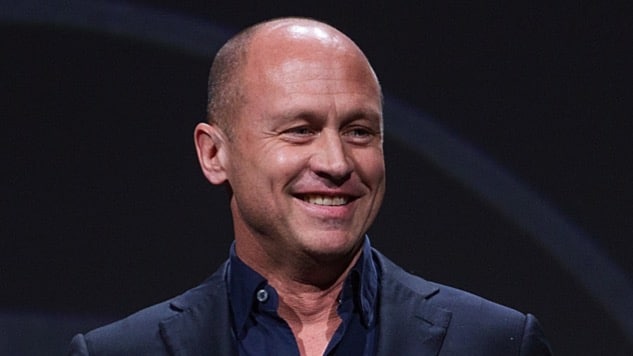 After gaining a Physics degree from the University of California, Mike Judge put his science career on hold.

The Ecuadorean-born American would go on to create some of the most influential American animated comedies of the 90s, including BEAVIS AND BUTTHEAD and KING OF THE HILL.

Below we’ve compiled a list of our favourite quotes from Judge, giving an insight into his writing, animating and general filmmaking processes.

15 Mike Quotes Writers and Filmmakers Can Learn From

1. “I put the storyboard down and came back to it like two weeks later and saw that I had written ‘Butt-Head’ next to the picture, and it kind of made me laugh and I thought, Well, might as well go for every laugh you can get.”

2. “All the Disney lead male characters always have this kind of John Davidson kind of look to them. They all look like the same guy, and all the females look like the same, and I think the guys are just way too big.”

4. “In order to have a plot, you have to have a conflict, something bad has to happen.”

5. “They say it figures MTV would do such a vulgar, awful, horrible show and they completely miss that it’s satirizing the people who watch MTV.”

6. “When the show started out, it was like all of a sudden we had to do 35 episodes and we had just a month and a half to write them, and it took me a while to realize that I was in charge.”

7. “Why should every single character be an honor student who goes around helping others and never doing anything wrong? Is that like the rule or something?”

9. “I probably drive casting people crazy because I’m not thinking about actors so much as real people.”

10. “I often feel that my life, much like my shows, will end on a cliffhanger.”

11. “There was a time when cell animation was poison, but after FAMILY GUY now everyone wants it.”

12. “Sometimes I go to a test screening and look at the audience in line, and I start to go, “Okay, I bet this is going to work, and this isn’t going to work.” It’s weird, but just going and facing the music and putting it out before a crowd, even before it starts playing, that exercise of putting it up on a screen for people makes you realize things even before it starts rolling. It’s really weird. I’ve heard other people say that, too.”

13. “Yeah, sometimes it gets a little sappy for me, but I’m tired of hearing about dysfunctional families in sitcoms. That’s been done to death, and that’s probably what everybody expected from me. But that’s not what I wanted to do.”

14. “You look at material a different way when your ass is on the line financially for it. You want to know where the big laughs are, and how we’re going to sell this.”

15. “When you make movies, you’ve picked the most expensive art form, and somebody has to pay for it. You kind of owe it to them to at least let them know how you expect to make it as accessible to as many people as you can, given the story you’re telling.”

If you enjoy this article, why not check out our article containing 15 Paul Feig quotes?