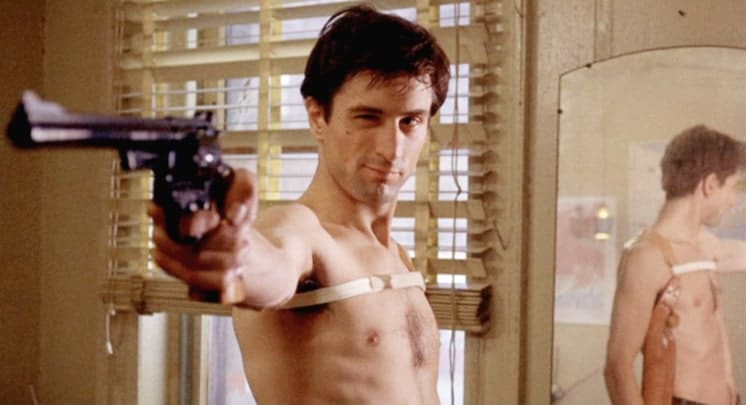 Most will remember Hamlet’s famous speech, the one example of a soliloquy that has been painfully etched into many students’ memories – “to be or not to be”. And conveniently enough, such a question helps this article’s premise too. Is there space for soliloquies in screenwriting?

What is a soliloquy and what is its purpose? Do they have a place in modern screenwriting? And how are they written into screenplays? Let’s take a look…

What is a Soliloquy?

A soliloquy is a monologue that the character speaks to themselves. It is also referred to as an internal monologue. In essence, it is the voice in the character’s head that allows them to explore their thoughts and process their feelings.

Now, not every screenplay will suit a soliloquy. It’s simply needed if it suits the story and character(s). And soliloquies are more typically seen in theater than on screen. This is due to the fact that visuals can aid in conveying a character’s inner thoughts. Where words are more or less the only tool available on stage.

Cons Of A Soliloquy…

Pros Of A Soliloquy…

Soliloquies are not unfamiliar to creative writing but can be hard to grasp. So, ensure a soliloquy is necessary and will truly help build the characters and tell the story. Is the soliloquy the best way of expressing what you need to?

The Difference Between a Soliloquy and a Monologue

A soliloquy is an internal monologue, only the character themselves and the audience hear it. Whereas, a monologue is a lengthy spoken piece to another character or to the camera.

Every soliloquy is a monologue but not every monologue is a soliloquy.

Another difference between the two is that a soliloquy presents a character’s internal voice. That voice may be different to how they speak normally because it is internal. They may use a different maxim. Whereas, a monologue will not be as likely to have the difference in voice as its purpose is to be spoken aloud. So it’s more likely it would resemble a character’s projected and external speaking voice.

The one thing that both have in common is that they are carried out by a sole person. But the key difference is their purpose – one to the audience and the other, internal.

It is essential to remember that when writing a soliloquy it cannot be written for the audience. In a sense, the audience must be disregarded. So, the writer should become one with the character as much as possible when writing the soliloquy for it to truly be an insight into their internal mind, thoughts, and perspective.

You might not have noticed the first time around, but think of De Niro’s most famous monologue in Taxi Driver.

For all that he asks who’s talking to him, who’s he talking to? Overall, the movie reads very much like a Shakespearean modern tragedy, with soliloquies about the hero’s state of mind and his descent into madness.

The soliloquy is for the character to express themselves, as much as it is for the audience to bear witness to it.

Why is it that soliloquies have made it into pop culture deeply enough that anyone around the world would be able to finish the “you talking to me” quote, without even knowing that it came from the Scorsese film?

The same goes for Hamlet – almost anyone in the English-speaking world can finish “to be or not to be” with “that is the question”.

This is the crucial importance of soliloquies. They allow you that bone-deep connection to the character. You stand right inside their minds and they bare their insides for you to gorge on. Their madness, their evil, their flaws, all of that is right on display. And if it is done well, it can be riveting and perhaps most importantly, memorable.

Soliloquies can be hard to write, especially in screenwriting. A big part of this is due to the performance inherent in the delivery of the soliloquy. So it needs to be ensured that when it will be acted, it doesn’t lose its intricacy.

To go from written to spoken with such a meaningful piece can be hard. The biggest trick is for the writer to read it aloud, and make sure that it still works. So, to ensure the depth and meaning is carried through it needs to be worked at and read aloud, so the emotion is still felt.

There needs to be a rhythm to writing a soliloquy and this rhythm is hard to achieve if the words are not read aloud. Try as hard as you can to feel how the words might be spoken.

The dialogue needs to have a flow and bounce to it. Don’t let it become rigid. Instead, try and write words that have a reverb. This is why questions feature so heavily in soliloquies.

So why might you use a soliloquy in screenwriting?

Why Use a Soliloquy in Screenwriting?

Soliloquies in screenwriting help to build an intimacy with character and the story itself.

Soliloquies can be used at a pivotal moment as a way to help establish and develop the story/narrative. As it comes from a sole character it can express the character’s feelings towards a particular plot point.

Dialogue and soliloquies must interlink so they work together to carry the plot forward. If they don’t work as one it would seem as though the story or characters are on separate arcs. The soliloquy must achieve something more than just exposition or character indulgence.

So we can see from Taxi Driver that the soliloquy does something that another plot device or method couldn’t achieve in the same way. It provides a window into Travis’ state of mind that little else could. And this is when you know when it’s the right time to use a soliloquy.

This effect is mirrored in La Haine, in what is a direct reference to Taxi Driver.

Basic Rules When Writing A Soliloquy in a Screenplay…

Intimacy is a necessity in every screenplay. The story won’t work if there is no emotional connection to it. Soliloquies help to establish that connection, as they get the audience as close as possible to the character.

Soliloquies aid in connecting different segments of the plot as well as building connections with the audience. So, they can be viewed as integral to storytelling due to their ability to provide information that wouldn’t make sense in the actual dialogue of the plot, but would internally towards a character’s thoughts and/or actions.

How Does It Fit Into Your Screenplay?

Soliloquies can be difficult to write into your screenplay, especially if it is your first time writing one. But, the two things that will help to write are emotion and voice.

It is all about knowing the purpose of the soliloquy in order to work it successfully into your screenplay. It needs to have a meaning not only to be able to work it into the screenplay, but so it makes sense regarding the story too.

When to use a soliloquy…

Ultimately, soliloquies can be used at any time, as long as that timing is purposeful. They aren’t tied to a specific moment or act. They just need to flow with the story and fit the character at that moment.

How To Write a Soliloquy

Within the screenplay, a different form is used to write a soliloquy than would be for normal dialogue.

Styles of writing a soliloquy in a screenplay…

There are multiple techniques to write a soliloquy. And none is better than the other. A writer must find what way works best for them. But the soliloquy’s form must also be carefully calibrated with its purpose.

How a character delivers the soliloquy can reflect its purpose in terms of what it means to the character. So pinning down the form is crucial in this regard.

This article started by addressing Hamlet’s infamous “to be or not to be”. The soliloquy is “not to be” in the screenplay if it serves no purpose and is simply there for the aesthetic. It has to mean something to the character, story, and audience.

The crucial question to always ask yourself is what does this soliloquy achieve that no other plot device or technique could? If you struggle to find the answer, there may be another more effective and suitable way to express the characterisation, plot or themes.

When Writing A Soliloquy Think Of SAFE…

The anagram presents the essentials to focus on when writing a soliloquy in your screenplay. If the soliloquy meets all of the four then it has the best chance of success.

Soliloquies do have a place in screenwriting. Of course not in every piece. But they can be worked in and do in most instances add depth to a character or the story itself. They provide a unique aspect to the screenplay, as soliloquies give access to the internal processing of a character, which is irreplicable at times.

Sometimes the only way to truly know someone or the story is to get inside of it, and a soliloquy provides direct access to do so for the audience.

What is a Soliloquy?

A soliloquy is a monologue that the character speaks to themselves. It is also referred to as an internal monologue. In essence, it is the voice in the character’s head that allows them to explore their thoughts and process their feelings.

What is the Difference Between a Soliloquy and a Monologue?

Monologues are spoken to be heard, either to the audience or another character. Whilst a soliloquy is spoken by the character to themselves, an external expression of their internal thoughts.

Why Use a Soliloquy in a Screenplay?

Only use a soliloquy in screenwriting if you feel there is no other way to express the sentiments you wish through another plot device. A soliloquy can be a vital window into a character’s mind but will only feel effective if purposeful and in keeping with the flow and style of the story.

This article was written by Libby Laycock and edited by IS staff.

2 thoughts on “What is a Soliloquy? And Is There Space for Soliloquies in Screenwriting?”