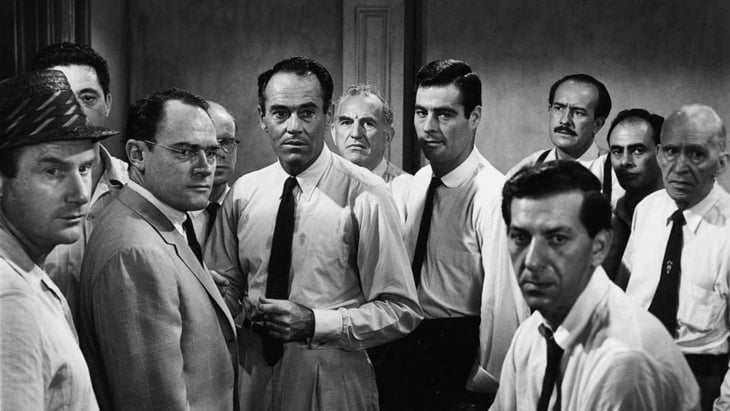 Dialogue is difficult. And writing dialogue between multiple characters adds pressure as there is a lot to juggle. It can be a struggle for any writer whether you’re a novice or a veteran.

In this article, we will provide all the tips needed to be able to grasp writing dialogue between multiple characters.

It may seem overwhelming initially, but a structured and disciplined approach smooths the tricky path. And soon enough the ability to write dialogue between multiple characters will become engrained.

How to Write Dialogue Between Multiple Characters

It is impossible to write any kind of dialogue, especially dialogue between multiple characters, without truly knowing your characters. Each voice must be distinctive and understood by the writer.

Characters need to have a natural voice and presence. And to achieve naturalness a writer needs to know their character(s). This naturalness will also allow the writer to flow easily between characters.

Key elements to know about your character(s)…

As a writer, it’s important to immerse yourself in your characters to see the world from their perspective.

Two ways to acquire immersion are…

“The most ordinary word, when put into place, suddenly acquires brilliance.”- Robert Bresson

Dialogue can be a vital expression of characterisation. So the way it is presented in relation to the character is vital. The character’s voice needs to shine through as does their physical presence (both demonstrated within and around the dialogue).

The way a character speaks adds depth, particularly when conversing between multiple characters. This is because a group dynamic can often reveal how a character relates to the world around them.

Step 2: Plan Out The Dialogue Between Multiple Characters

It is useless to jump straight into writing dialogue between multiple characters without planning. This can lead to dialogue feeling flat and without purpose.

“I don’t think screenplay writing is the same as writing — I mean, I think it’s blueprinting.”- Robert Altman

Planning out dialogue should be viewed as a blueprint. It represents the beginning of what will soon be created. By planning the sequence out the writer is in full control, and won’t lose track of what will happen.

What needs to be featured in the plan…

Dialogue must move the story forward, that is a necessity. It is pointless if multiple characters are conversing with no purpose to it. Dialogue has to develop the story whether it be to a conclusion or to a conflict that must be faced.

The planning stage allows the writer to set out what the dialogue leads to. And in this sense, it’s essential that there is an end goal. Without it, the dialogue is more likely to feel empty and without direction. And this can immediately make it feel overused.

Through planning out what will be said/happen in a scene with dialogue between multiple characters, any pointless dialogue such as exposition can be spotted and removed.

Planning also helps the dialogue to match the character(s) voice. People don’t speak with perfect grammar and planning helps to build a natural dialogue that is tailor-made for each character.

Step 3: Be Aware Of The Characters

“Know them inside and out, through and through, as if they’re real. Know them better than you know yourself.”- Diana Ossana

It is necessary to know…

One thing that should be noted about writing dialogue between multiple characters is that dialogue is obviously verbal, but it cannot express everything. If it’s relied on too heavily, it will seem contrived. So, acknowledging an emotional shift/feeling is important when creating the dialogue. It adds meaning and subtext to what has been said.

Otherwise, the dialogue becomes overwhelming in a facetious way. A writer should be aware of the power of silence at certain points. This could be characters not knowing what to say or how to react to what another character has said, for example.

This not only helps make the scene feel realistic but the characters too. People will bring different energy to a group dynamic and this is often more likely to be revealed within the actions that accompany dialogue rather than dialogue alone.

Watch Out For the Little Details

Each character’s dialogue will have particular traits/styles that highlights the realism and heightens each bit of dialogue. A character’s individuality should be present.

During the dialogue, the characters may miss something important, but the audience may not. That disposition is key to writing dialogue between multiple characters because it needs to serve the audience as well as further the story.

Furthermore, it is vital to be aware of how the dialogue between multiple characters serves the wider story. The writer needs to ensure the dialogue builds on the story and takes it somewhere. You need to always keep an eye on what the wider driving narrative purpose is.

“If it doesn’t tell anything about the character or move the plot forward, then no matter how witty or deep it is, cut it. Everything should be working hard; every line, every scene.”- Melissa Rosenberg

The writer must also guarantee that what the characters say is important to the world they exist in. It must serve to accomplish something for an individual character as they connect to the story as a whole.

Step 4: Know The Form Of Writing Dialogue Between Multiple Characters

Format is essential to being able to write dialogue between multiple characters successfully. Without knowing the form the entire sequence becomes complicated and awkward.

Knowing how to format helps to develop the dialogue and the movement of the conversation for it to suit the intended emotion and goal.

Tips on how to format:

As a writer, it is vital to acknowledge the character’s reaction to what has been said. This humanises the scene. Additionally, it imposes each character’s uniqueness – the difference in their speech, response, and behaviour.

Again, it comes down to each of the characters’ individuality.

Step 5: Bring It All Together

It’s at this point everything should be ready to begin writing dialogue between multiple characters.

“Following your own instincts and doing original work and writing the thing that only you can write.” — Nancy Meyers

Whilst writing the dialogue things may change…

Changes like that are normal. However, they won’t impact the process too much if you truly know your character(s) and story arc. If you go into a scene with a clear idea of what you need to get out of it, then any changes are manageable.

At this stage, it’s important not to rush the process. Keep referring back to your original notes and plans on what you want/need the scene to achieve and each character’s role within it. There can be a temptation to rush through the actual writing and letting the dialogue flow.

However, you should, instead, treat this writing stage with structure.

Monitoring will help you to keep control over the scene but also allow you to easily format the dialogue. This way, important details aren’t forgotten or misrepresented.

In addition, it is only when writing the dialogue that the writer will be aware of the conversation’s pace.

Having awareness of pacing aids in ensuring that the dialogue meets the writer’s end goals. This is especially true between multiple characters, as each will add something different to the conversation and overall intention.

Fred Zinnemann declared dialogue as “a necessary evil”. This is particularly relatable when struggling to manage dialogue amongst multiple characters. It may seem daunting, but with preparation it is manageable.

For a clear method, follow the key steps of…

Writing dialogue between multiple characters is doable, and planning will make it less intimidating. Preparation is pre-emptive work, helping you eliminate potential flaws in a complicated scene before they happen. This won’t eliminate all problems of course. But it will help pave the way to a more doable editing task.

It is important to remember that dialogue is simply words that tell the story, and characters are people. Both of which exist in reality.

By breaking these elements apart and attempting a happy marriage between the two, via the above steps, writing dialogue between multiple characters suddenly becomes a formula much like any other element of writing a screenplay.

When constructing a scene a writer should always have questions of…

Don’t be afraid to change dialogue. It is normal, especially as the story and characters grow throughout. Writing dialogue between multiple characters may be unnerving the first time, but with practice and preparation, it will become natural.

A structured approach is the most typical way to succeed in this regard. And this approach to writing dialogue between multiple characters is another notch to check off in the structured method of writing a screenplay overall.

This article was written by Libby Laycock and edited by IS Staff.

4 thoughts on “How To Write Dialogue Between Multiple Characters: The ESSENTIALS”