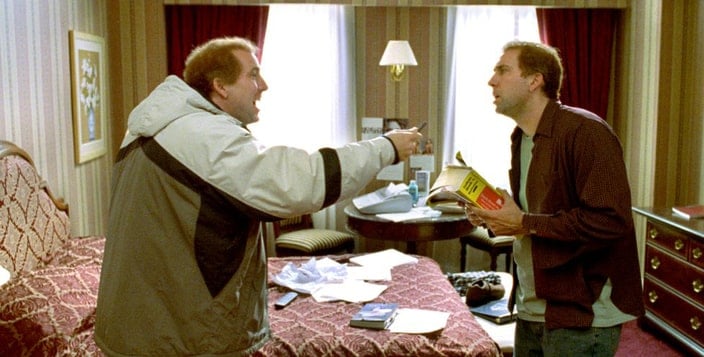 A lot of work goes on behind the scenes of all your favorite movies and TV shows. From designing sets and creating costumes, bringing what is on the page to life is a complicated process. Still, it all starts with words on the page that have been put there by talented writers. And those talented writers will often be aided in the process by a story editor. This role plays an important part in bringing a script to life.

A story editor is one of the many positions that can be held in the screenwriting industry. It can even be a stepping stone to becoming a producer or showrunner. A story editor is a step above a staff writer and it is also the first position that can be attained that allows for your work to be credited as a writer.

But what exactly is a story editor and how do they figure in the script to screen process? Let’s take a look…

What is a Story Editor?

A story editor in live-action storytelling is a member of a screenwriting staff. They are the ones who edit scripts, pitch story ideas, and report to the producers above them who run the show. They also help to bring on staff by finding writers.

In television, story editors work closely with staff writers to help them with their writing so that the best possible story is produced.

In animated TV shows and movies, a story editor’s role is slightly different. Here they are usually the head writer. They report directly to the executive producer and even sometimes act as showrunner themselves.

To be a story editor a certain skill set is obviously required for the role.

Firstly, story editors must have good grammar and language skills.

Since story editors oversee a staff of writers, having good communication skills both verbal and written are essential.

There needs to be thorough attention to detail as well. When working on a TV show story editors must know the ins and outs of the show. Slip-ups can cause errors in continuity and plot holes that can cause problems for a series.

Having experience is essential and will help you command respect both before and within the job.

How to Break Into the Business as a Story Editor

Most story editors find themselves graduating to this role after spending a significant amount of time as a staff writer. And many people know that it can be hard to break into the business as a writer. So, education and experience is valued and can help you gain access to the resources and networks you need to get started.

Schools all over the world offer screenwriting programs. Some offer one- or two-year long programs. Others have four-year degree programs and even graduate programs where a masters degree could be attained.

In addition, if money or time is an issue, online screenwriting courses can serve as the perfect way to imbibe screenwriting essentials. These will help you learn the basics if you need to, whilst also helping solidify any basic understanding you might already have.

Whatever the method, having technical knowledge and proper education can be a great advantage over others in the field. However, the real thing that will get you noticed and get you a job as a writer is writing ability itself.

A great thing to have is a portfolio or pieces of writing that showcase your talents as a writer. This talent for writing will demonstrate your understanding of all screenwriting elements – from the mastery of dialogue to story structure to formatting.

Something that should be in every writer’s portfolio is a spec script. A spec script is a script that you write with no guarantee it will be bought or paid for. Spec scripts are lauded as a great way to break into the business. They will demonstrate your writing skills, style and practical ability to complete a script (either a feature or pilot).

Not all story editors will be writers too. And so if you’re not, there are other ways to demonstrate your talent. Namely, having experience as a script reader will showcase your talents for recognising screenwriting strengths, giving constructive feedback and writing fluently. This can in itself lead to other development roles, which can then, in turn, lead on to story editing.

Ultimately, a professional knowledge and understanding of screenwriting is the most important talent to display. And this can come in many forms, whether it’s as a screenwriter in your own right, or as a seasoned critic.

Lastly, another way you can try to move into a story editor role is to volunteer or intern. These are two very good ways to become a practicing professional. But they do have their downsides.

Usually, internships are very limited, and it can be a bit harder to find a company that will take you on if you do not meet certain qualifications. Many studios that offer internships only have a few spots to offer. So, it can be hard to beat out others if they have more experience.

Therefore, volunteering can be a great second option. With volunteering, it could take longer to get a break and find work as a writer. However, it still looks good on your resume and bolsters your experience in the industry.

What’s more, it can be a great way to get experience and make connections with large studios/companies. Even if your time there is limited, you may make crucial connections. You will also have something on your CV that could make you stand out, such is the kudos of the right kind of experience with the right kind of company/studio.

Doing either of these options helps you create contacts and relationships. Furthermore, if you do a good job in your role, you can very easily find yourself in contact with people in the industry who might be willing to give you a shot at the next level.

Some notable examples of writers that worked their way up from staff writers or story editors, for example, include Donald Glover, Chelsea Peretti, and Angela Kang.

Donald Glover started out as a writer on 30 Rock after he sent in a Simpsons spec script. He slowly rose through the ranks as his writing was commended. As an actor, he went on to star in shows like Community and eventually went on to create, produce and star in his own show, Atlanta. He’s the perfect example of a multi-hyphenate creator and demonstrates how gaining experience early on as a staff writer and story editor can prepare you for a range of different roles.

Angela Kang, meanwhile, began her career as an intern for the shows Greys Anatomy and Private Practice. Eventually, after gaining more experience as a writer, she joined The Walking Dead writing staff. She was made story editor for season two and was soon promoted. She is now the showrunner for the show and has been since its ninth season.

These three writers are great examples of the different ways that you can break into the business and become a story editor. They also show how if you have the right skill set you can rise through the ranks, even getting to the point of potentially running your own show. All experience is vital and can build until it ultimately gets you to your dream position.

In the world of screenwriting, story editors play an important role and are essential in the creative process. They cover a lot of ground and gain crucial skills as they oversee staff writers and interact with producers above them.

Story editors learn to work with others. They develop important decision-making skills, and develop their own creativity at the same time. It’s a crucial role within a production and often one that is overlooked. Having that ability to work with staff both above and below you is no easy feat. Those that can do it and do it well are valued as essential members of a production team.

What is a Story Editor?

In TV, a story editor is a member of the screenwriting staff responsible for the efficient running and development of the series’ screenplays, storylines and writers.

What Does a Story Editor Do?

A story editor has a range of responsibilities, such as finding new writers and scripts, developing scripts, working with/organizing writers and reporting to the producers running the show. They can do everything from developing crucial storylines to keeping track of consistency and continuity within scripts across a series.

How Do You Start as a Story Editor?

There are many ways to start as a story editor, from doing a degree to gaining experience as a script reader or in a development team to writing spec scripts. Overall, essential experience includes strong knowledge of the screenwriting craft and demonstrable writing skills.

This article was written by Cherrish Warnick and edited by IS staff.