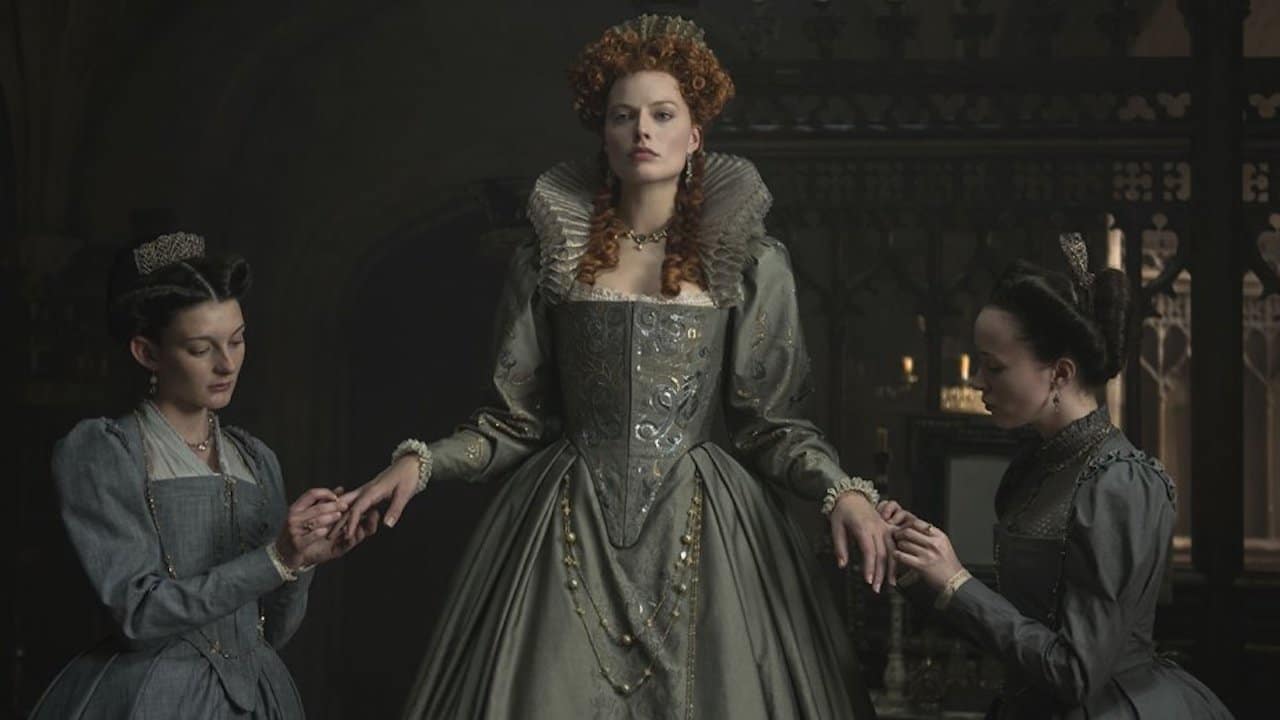 “Period drama” is a slippery term. Typically, it means a project set in a time period that’s older than recent memory. (While STRANGER THINGS is set in the period of the 1980s, it’s unlikely anyone would refer to it as a “period piece”.)

But where to begin when facing the infinite storytelling possibilities represented by history?

Finding an idea for a period drama

Watch any number of period dramas and certain authors pop up again and again. Jane Austen, Charlotte and Emily Brontë, Charles Dickens, and so on. These have the advantage of being familiarity properties that no-one has to buy the rights to, because they’re in the public domain. Similarly, British history and Kings and Queens are popular (not least in America), making them a frequent subject for prestige period drama.

When working with very familiar historical figures or familiar subject material, it’s all the more necessary to find an original perspective. This is, ideally, what a writer should bring to the project, whether they’ve originated it or been hired for it.

For example, both THE QUEEN and THE CROWN are about the same figure and share some themes about the sacrifices and responsibilities of being a monarch in the 20th century.

However, they approach the subject at different times in her life and from different perspectives.

SHAKESPEARE IN LOVE is a romantic comedy take on a young William Shakespeare‘s life. ALL IS TRUE, in contrast, is about an ageing Shakespeare, distant from his wife and looking back over his life. The short-lived TV show WILL portrayed him as a punk upstart.

To do nothing is often the best course of action, but I know from personal experience how frustrating it can be. History was not made by those who did nothing.

LOVE & FRIENDSHIP is a Jane Austen adaptation, but of a little known, posthumously published short novel. Writer-director Whit Stillman (DAMSELS IN DISTRESS) brings his own sense of sharp wit to it as well.

The perils of failing to find a new angle on familiar material are clear. Two attempts at a Robin Hood film have been attempted in recent years – one directed by Ridley Scott, one by Otto Bathurst – and neither were particularly successful. Despite their marketing claiming otherwise, neither version made a convincing case to the audience that this version was different enough to be worth seeing.

Notably, the Ridley Scott, Russell Crowe ROBIN HOOD project started life as a spec script that did have a unique take on the familiar folk lore. ‘Nottingham’, written by Ethan Reiff and Cyrus Voris, portrayed the Sheriff of Nottingham as the hero and followed his attempts to capture the outlaw Robin Hood. Unfortunately, successive drafts and development removed this angle.

Alternatively, another approach is to think about your personal and local connections as a writer. What great stories might lurk in your family history? Did someone important live in your home town before they went on to greatness? A story you might be sick of hearing might be completely unknown and fascinating to people everywhere else. Or there might be a corner of history that no-one has thought to base a period drama on.

Hopefully, ideas found via this route will have the writer’s point of view and passion built in.

The nature of life is not permanence, but flux.

For example, BELLE, written by Misan Sagay and directed by Amma Asante, is a period drama that focuses on a mixed-race character in the 18th Century. THE FAVOURITE, written by Deborah Davis and Tony McNamara, is about the twisted power and sexual dynamics centring around a Queen and her two lesbian relationships.

When writing a period drama, it’s important to immerse yourself in research. Reading widely around a subject is useful. An anecdote found in an unexpected place could make a great single scene encounter for your main character. At the same time, the period drama writer can’t become beholden to research. They can’t use it as a distraction from the actual process of writing.

With more recent history, there might be life rights to acquire, family members to consult or more direct evidence to draw from (archive film, contemporary diaries, and so on). Watching other adaptations of the same material or period in history can be useful, to know what else is out there. They could also be harmful, limiting your imagination and vision. This decision will come down to the individual writer.

In the end, a film or TV series isn’t history or a documentary but a work of fiction. Audiences need to take some credit (or responsibility) for understanding the difference. If it works dramatically, for the story, it will work in a period drama.

Sometimes it is the people no one imagines anything of who do the things that no one can imagine.

(One popular corrective to the fact/fiction confusion is to juxtapose the actors with the real people their characters were based on. Countless films with true stories have done this, from THE BIG SICK to ARGO and GREEN BOOK, letting them off the hook somewhat for any inaccuracies.)

BRAVEHEART may be very inaccurate, but it’s also an incredibly crowd-pleasing film. From a modern perspective, it looks a little cheesy, but in 1995 it rode that popularity to five Oscar wins. THE IMITATION GAME may significantly alter the story of Alan Turing’s life, but again it’s hard to argue with the success it had with audiences and awards.

The key is to not lose sight of the essence of the idea, that perspective or theme that makes the history relevant to today and worth telling in the first place. BRAVEHEART was the story of a fight for independence (which not so coincidentally made it very relevant to American audiences, despite being a Scottish story). THE IMITATION GAME was the story of an outsider who was valued for his skills but alienated because of his personal life. These themes still resonate with us today.

Plot in a period drama

Another key decision is to decide what time span the story of your period drama will cover, unless you’re adapting a period drama from an existing work like a novel or play.

Attempts to condense too much history into one film can be clumsy. Real life and history can be messy, backtrack on itself, and go in circles sometimes. In turn, not every period drama has to follow a strict, linear path. Still, there’s one question that can help narrow the story down:

how has the status quo changed from the beginning to the end?

Broader cultural and political shifts take decades and generations to come to fruition. It’s better to find one conflict, one set of characters, one interaction even, that can stand in for them.

For example, a great deal happens in MARY QUEEN OF SCOTS. The film spans several years. But all of it builds to one climax, the only meeting between Elizabeth, Queen of England, and Mary, Queen of Scotland. This meeting encapsulates the theme explored throughout the film. Because of their respective positions they’re forced into being enemies, even if they individually harbour each other no ill will.

Likewise, the brilliance of Julian Fellowes‘s DOWNTON ABBEY is in its ability to plot changing social dynamics as well as the impact of big events in history, while limiting the focus to one family in one house.

Characters in a period drama

One danger in period drama is of the audience feeling too removed from the characters. Writers of period drama need to strike a balance. Dialogue needs to be authentic to the time period but also easy on the modern ear.

As with any type of screenwriting, in a period drama an actor has to be able to actually say believe in the dialogue. It might sound great in your head, but read dialogue out loud to yourself in the mirror, organise a table read with any actor friends, or seek out script coverage to confirm if you’re on the right track.

The same balancing act applies to characters’ personalities and beliefs. When dealing with a moral issue – slavery, for example – it can be difficult to write a complex antagonist, a character with the opposing viewpoint. Often these characters slide into cartoonish villainy. It’s even more difficult if it’s your protagonist who’s on the wrong side of history!

Sometimes when writing a period drama it’s necessary to introduce an audience surrogate. This is someone whose views are perhaps more modern and relatable for a modern viewer.

Don’t forget to round out the world of your period drama with plenty of interesting supporting characters with their own lives and agendas. What is a Queen without her advisers? Perhaps each of them whisper in her ear, advising separate courses of action? What does the maid think of the lady of the house? Again, through these supporting and traditionally overlooked characters, new perspectives on familiar material can be found.

OUTLANDER, based on a series of novels, has a sci-fi advantage that perhaps disqualifies it from the category of period drama. It takes a relatively modern character (from 1945) and sends her back in time to 1743.

In some way, the audience of any period drama is like Claire Randall in OUTLANDER. We’re transported back into an unfamiliar, perhaps scary world. The screenwriter is our guide through it. They have to bring just enough familiarity along to reassure us but just enough authenticity and originality to engage and surprise us.

2 thoughts on “How to Write Period Drama”