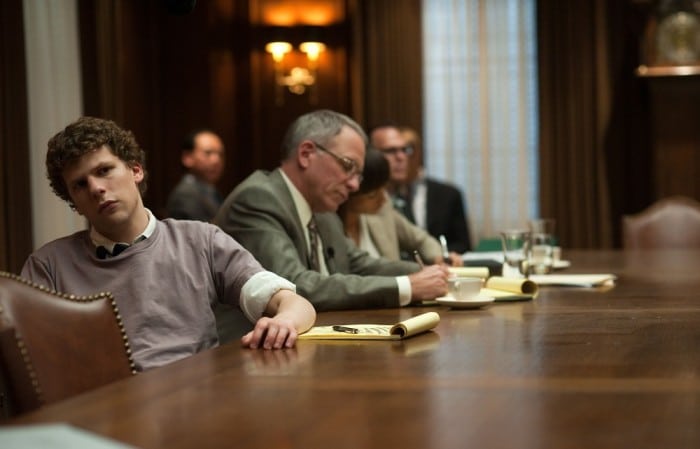 So in this article, we will provide a detailed definition of indirect characterization as well as tips on using it to its best potential.

Characterization represents your characters to an audience through their personality, thoughts, actions, appearance, and physical traits. This allows the audience to fully understand the characters and to react to them the way you as a screenwriter want them to, whether that be with empathy or hatred.

Direct characterization is an explicit description of your character. This could be through narration, another character or the character themselves.

Indirect characterization allows for the creation of complex characters that may be difficult to write without the need for direct exposition or monologue. They are defined not by what others say but by their own actions and the reactions of other characters around them.

This also helps create multi-dimensional characters by providing small traits and quirks that while not an integral part of the plot help the audience see the character as a genuine person rather than a plot device.

The way your character speaks to others can reveal a lot. What they choose to say and how they say it; their accent, the words they choose to use, their tone of voice.

This method is also useful as it can simultaneously help move the plot forward by revealing other important information.

For example in Knives Out and Glass Onion Daniel Craig’s Benoit Blanc has a very distinctive and compelling accent and vocabulary.

Dialogue isn’t just the information it carries but the form it takes. A certain patter, accent, speed of speech or a certain choice of words can all help get across important aspects of a character.

What does the character do? This could span from big actions relevant to the film such as sacrificing themselves to spitting on the street as they walk. Both can equally reveal a lot about the character.

For example, in The Social Network, Eduardo smashing Mark’s laptop demonstrates a culmination of the breakdown of the friendship.

This method can also be more nuanced, perhaps contrasting actions the characters make when around people with how they behave when no one is watching. The Social Network is full of brilliant examples of how differently characters can move through the world. Some breeze through confidently, blind to what’s happening around them. Whilst some lurk in the background, observing and ultimately controlling the situation.

How a character reacts to the environment around them in terms of their actions is vitally important to conveying who they are. What is specific about how they would react to a situation compared to the other characters? This is what will reveal who they are as compared to those they share the world with.

Furthermore, how does the character react to others and how do others react to them? What effect do they have on others? How they interact within an ensemble or even just next to another character can be a crucial method of indirect characterization.

For example, in The Sound of Music Maria’s bright and positive personality is heightened by her reactions to the Captain. Where others respect and defer to his authoritarian nature, she remains unafraid in being herself. And this, in turn, changes him.

Characters are made by those around them. They morph and change in relation to how others make them feel and the power dynamics within relationships, families, social circles or workplaces.

So how characters react to one another is important to consider when crafting an ensemble. A character might reveal a completely different part of themselves because of the presence or actions of another. And this, consequently, creates a truly three-dimensional character.

How does the character interact with their surroundings? The character may behave differently depending on where they are. For example:

As people, we’re more affected by our surroundings than perhaps we can truly objectively grapple with. So when crafting a character, think about how they fit within and react to the setting around them. How does the environment shape them and how, for instance, might a shift in this environment bring out a different side of them?

A character’s mannerisms can say a lot about their personality. Do they have a nervous twitch? Are they constantly rolling their eyes?

These small traits may not seem like much independently but they can help build a larger picture of the character overall. They are perhaps one of the most important elements of indirect characterization.

You don’t want to over-egg these mannerisms within the script, as doing so can make the character seem gimmicky. Try to tie their mannerisms to specific character traits, like a nervous twitch or compulsion revealing anxiety, for example.

Untethered mannerisms can seem like superficial traits. Instead, you want your character’s mannerisms to reveal something specific about their personality in an external manner.

Appearance is very important as it is something the audience will always be aware of unconsciously. What type of clothes does the character wear? Do they look smart or scruffy? Do they care what they look like? Are they showing off or are they hiding from the world?

Think about any changes in your character’s appearance from scene to scene and whether they are meaningful. Or contrastingly, if their appearance is always the same. For example, in Matilda Miss Trunchbull’s appearance conveys her strict sense of discipline and militaristic outlook on life, which does not change throughout the film.

However, characterization through appearance can be more nuanced, such as a character always covering a scar in public and only revealing it to the audience in private.

Try not to stereotype when it comes to assigning specific characters a specific appearance. Instead, think about how that character might present themselves and what that, in turn, says about their personality. This is the heart of indirect characterization; revealing subtle details about a character via every aspect of how they move through the story world. Every choice must be intentional as every small detail can illustrate something important.

When finding a balance between direct and indirect characterization, it is better not to overuse the direct and instead to focus on the indirect.

Unless your film contains a narrator, try and use visuals to tell a lot of your story and save the dialogue for necessary exposition and moving the story forward. This is what, for the most part, will keep your story cinematic and prevent it from feeling on the nose.

If there is a narrator in your film it can sometimes be better to make them an involved narrator. Perhaps they are another character, for example. This allows for both direct and indirect characterization to be used as not only will the character be telling us information but we’ll also be seeing how they react to and move through the world they’re narrating.

In Goodfellas, for instance, Henry Hill isn’t always a reliable narrator. But his narration provides his perspective and reveals more about his character. In fact, his unreliability as a narrator serves as a kind of indirect characterization as what he wants us to hear may be different from the truth. This, in turn, reveals to us what’s important to Henry in terms of what he chooses to hide or what he chooses to embolden.

Your use of indirect characterization will always be stronger the better you know your characters. After all, to create convincing characters, they cannot be strangers to you.

So try and create some kind of biography and personality for your character. Have some idea of their backstory, relationships, beliefs and journey up until this point in their life.

This doesn’t need to be extensive or exhaustive and sometimes it being so can distract from the goal at hand, the story. However, you need to be able to answer questions about who your characters are and what their life has been like, in broad strokes at least.

Even if it doesn’t all make it into the script small traits and quirks can still appear and will allow you to present your character as fully formed and multi-dimensional.

Related to knowing your character inside and out, if your character’s traits are relevant to the story then let them appear naturally throughout the script. The opposite of this would be creating scenes/flashbacks solely to demonstrate something about them to the audience.

So instead, work the characters’ backstories and personalities into their very actions, reactions to specific situations and general presence within the action.

In reality, someone is unlikely to stop and explain perfectly articulately how a situation makes them feel because of something about their backstory or experiences. Instead, their specific reaction to a situation will be tailored based on their experiences and backstory. So carefully craft your character’s story and accordingly attune their reactions, behavior and personality.

Having consistency in your character’s traits, whether they’re shown through action, dialogue etc will make them more believable as a part of your character.

Having a character do something once or twice doesn’t demonstrate typical behavior. Instead, repetition and consistency reveals the traits that are fundamental to their existence and presence within your story. Again, this is all about giving every choice you make within the script purpose and meaning.

So don’t rely on a one-off quirk to reveal something important about a character. There may be a big moment in the script where they reveal an aspect of their personality (in a battle scene, for example). But this big moment must be earned by smaller moments consistently built up to throughout the script.

Indirect characterization can also be an effective way of demonstrating character development. Your character has most likely changed by the end of the story.

So track your characters from beginning to end. How have they changed? Are there, for example, mannerisms or traits they have shed? Did they present one way at the beginning only for the end to show them as something different? Was there a small part of their personality that the story has brought out to be more definitive?

A story is ultimately about a character’s journey. And, therefore, the development from the start to the end point of your narrative is essential for a rounded character. What have they learnt and what has the story changed within them?

Indirect characterization is ultimately all about a character successfully and convincingly engaging in the story world around them. How much they are a believable and engaging part of that world is reliant on how persuasively they are presented to the audience as a seamless part of the action.

This is where indirect characterization is so powerful and vital for engaging drama and memorable, gripping characters.

1 thought on “What is Indirect Characterization in Screenwriting? 12 KEY Steps”